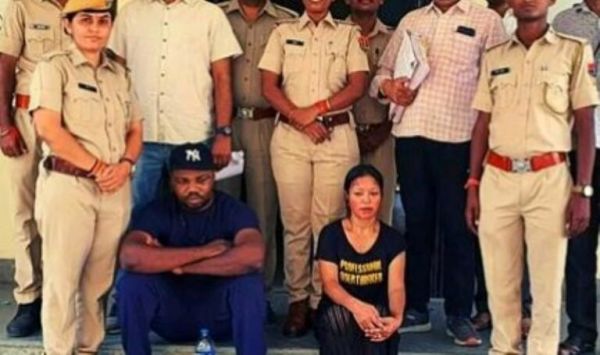 A Nigerian national identified as Akne Benjamin and his female accomplice have been arrested in India for allegedly duping people after befriending them on social media.

32-year-old Benjamin and Fatima Lyngdoh (42), a resident of Khasi Hill district of Meghalaya, were arrested from Delhi by Rajasthan police on Monday, September 19, 2022.

The Superintendent of Police, Sirohi, Mamta Gupta, in a statement said a complaint was received at Abu Road Sadar police station on April 24 in which a woman alleged that she became friends on Facebook with a woman who told her that she was from New Zealand.

During interrogation, Lyngdoh confessed to duping people in different states of crores of rupees, police said.

After befriending their targets, the accused told them that they had sent some expensive gifts.

Thereafter, another member asked the victim to pay an amount failing which the target was threatened that probe agencies will launch an investigation about the gift, police added.