Nigeria is better with conditions met – Keyamo returns to Twitter

Festus Keyamo, the Minister for Labour and Employment has stated that Nigeria is a better nation after Twitter met its conditions.

Keyamo said this while calling out those who prioritized politics over patriotism following Twitter suspension.

The microblogging site was given conditions to meet by the Federal Government before the suspension would be lifted.

On January 13th, the ban on Twitter was finally lifted in Nigeria after Twitter met the conditions.

According to the Chairman Technical Committee Nigeria-Twitter Engagement and Director-General National Information Technology Development Agency (NITDA), Kashifu Inuwa Abdullahi, the approval was given following a memo written to the President by Minister of Communications and Digital Economy, Isa Ali Ibrahim.

Keyamo, alongside some other government officials, who were away from Twitter immediately after the ban was placed, has returned.

The Minister in his first tweet wrote: “For those who prioritized politics over patriotism and exhibited disingenuous righteousness on Twitter suspension, they can now see that with all the FG conditions to which Twitter agreed, Nigeria is eventually better off for it.

Meanwhile, some Nigerians have suggested that the government lifted suspension on Twitter in the country because of the 2023 elections in order to be in the good books of the citizens. 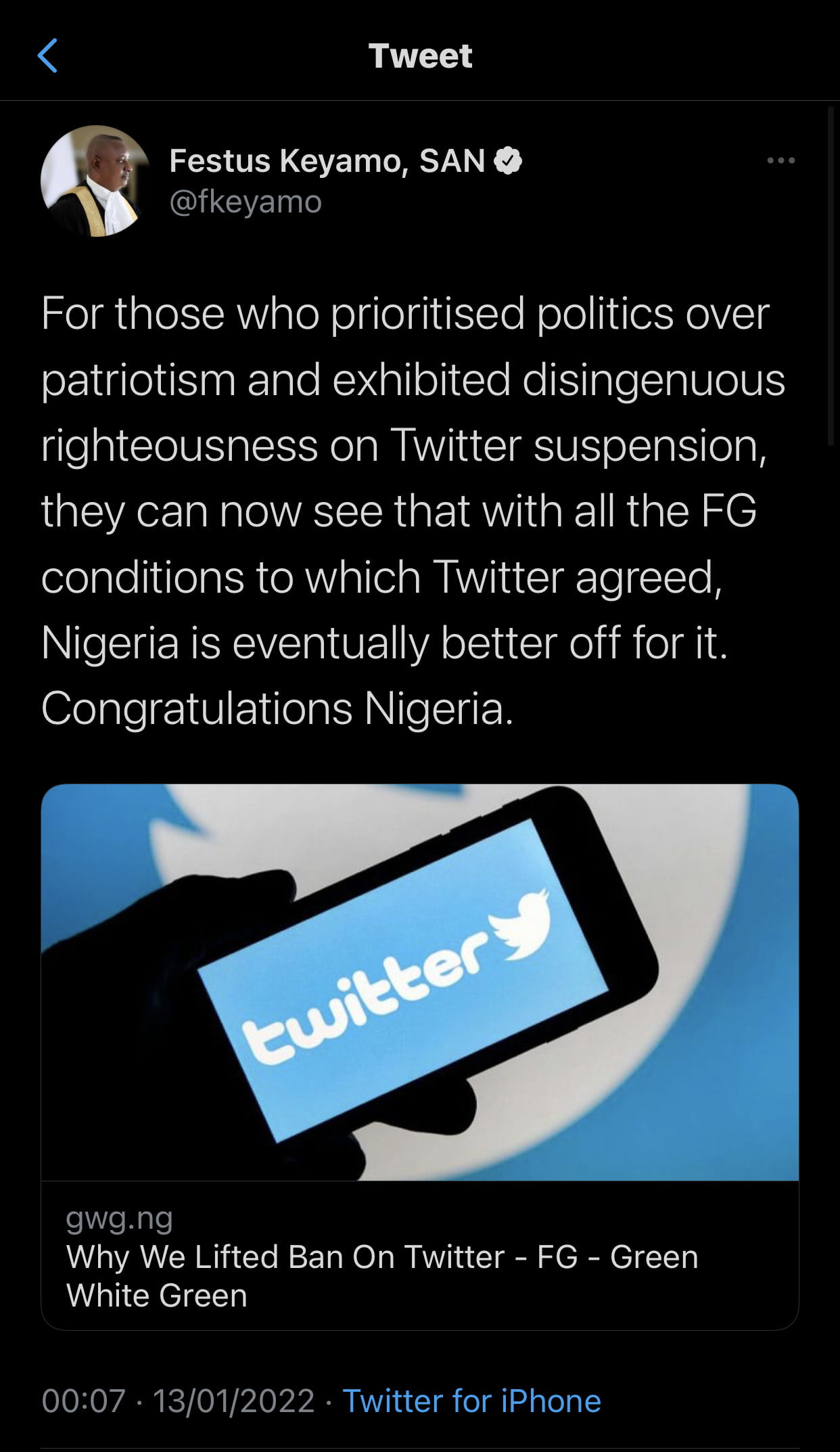