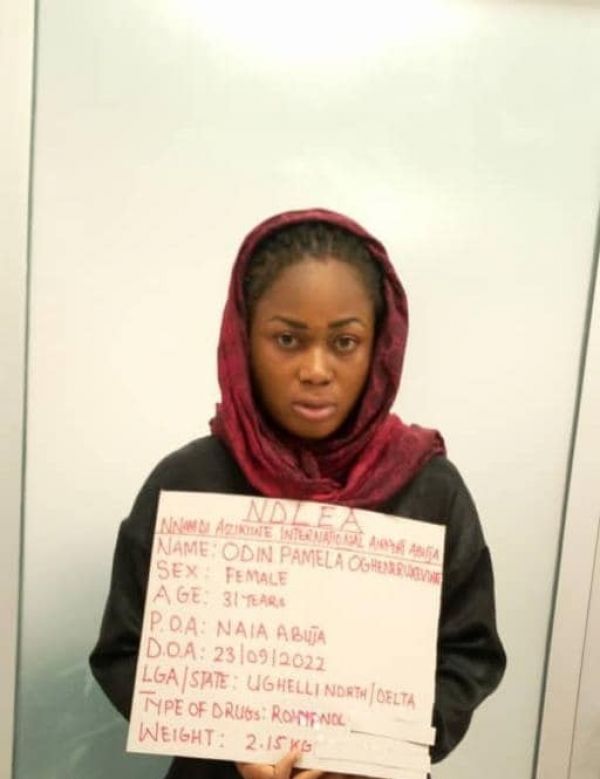 A 31-year-old businesswoman, Mrs. Pamela Odin, has been arrested by operatives of the National Drug Law Enforcement Agency, NDLEA.

An attempt by the woman to traffic 2.150kg tablets of rohypnol through the Nnamdi Azikiwe International Airport, NAIA, Abuja to Istanbul, Turkey was thwarted by the NDLEA Operatives recenlty. 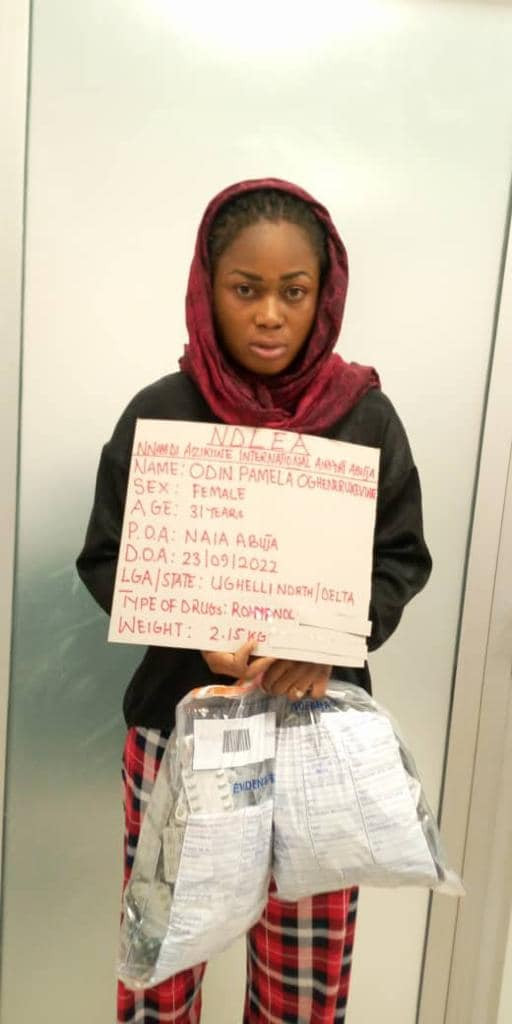 NDLEA spokesperson, Femi Babafemi, said the mother of one was arrested on Friday 23rd Sept. while attempting to board a Turkish airline flight with the drug concealed inside pepper and packed among foodstuff.

The indigene of Afiesere village, Ughelli North Local Government, Delta State said she operates a restaurant in Istanbul, Turkey but came to Nigeria to see her relatives and buy food items for her business.