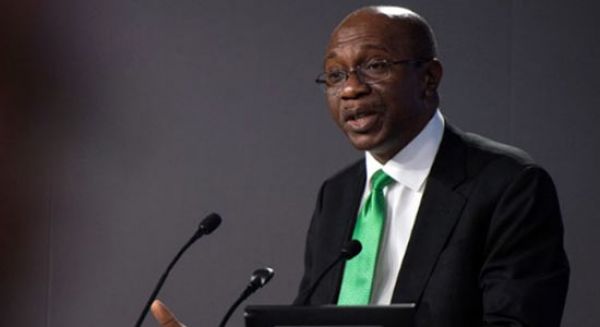 As the 287th meeting of the Central Bank’s Monetary Policy Committee (MPC) begins today, there is great anticipation of how committee members would swing interest rates, among other things.

The MPC is the body responsible for setting the Monetary Policy Rate (MPR) in Nigeria, the rate that serves as the base for all interest rates in the financial markets.

The reason why todays’ decision of the MPC is interesting is that it has already hiked interest rates twice in a row in 2022, placing the lending rate at 14% at the last meeting held on July 19, 2022. Despite this Hawkish stand that preceded a Dovish continuum that lasted for over 42 months, the inflation rate continues to rise, hitting 20.52% as of August. This is as the black-market exchange rate of the naira has maintained a steady decline, pitching at N712/$1 as of Friday, September 23.

So, will the Central Bank yet again raise rates given that it has seemingly broached an almost two years inertia or cut rates, which may be a surprise given the northward movements of inflation? Will the Bankers Bank rather let a sleeping dog lie and leave the sensitive metric unchanged?

Nairametrics took that niggly question to economists, in a poll, who almost unanimously ‘voted’ that the Central Bank will leave rates unchanged.

In a poll of five economists polled, the result is that 4/5 or 80 % said that the Central bank will not tamper with the prevailing rate of 14% while 1/5 or 20%, say there is likely going to be a rate hike.

What experts are saying

According to the Nairametrics poll results, four out of five experts believe the central bank would keep interest rates at 14%.

Prof. Kehinde A. Adetiloye, an associate of the Chartered Institute of Bankers of Nigeria (CIBN), believes the central bank would hold interest rates constant. He said, “It is unlikely that the CBN will raise the MPR,”. “However, if the central bank decides to raise interest rates, it will not be by more than 50 basis points,” he remarked

Professor Evans Osabuohien, the Head of the Department of Economics & Development Studies at Covenant University, stated that the apex bank is likely going to hold rates constant. He said, “I do not anticipate any tinkering with the current MPC as the economy is trying to ‘balance up’ given inflation, especially food prices.”

Dr. Muda Yusuf, CEO, Centre for the Promotion of Private Enterprise (CPPE) also maintained that the rates would be held constant. He said “we cannot have a tightening policy in an economy grappling with fragile growth and high unemployment. But the credit conditions are already very tight.  Cash Reserve Requirement CRR is at 27.5 per cent, one of the highest globally.  Effective CRR for some banks is about 50% or even more. The liquidity Ratio is 30%, MPR is 14%. These restraining thresholds are already on the high side.  Financial intermediation is already being considerably impeded.“

He also stated that Investors that have credit exposure to the banks are already groaning over the hike in interest rates on the back of the increases in MPR over the last two MPC meetings. He added, “this is of course, in addition to the cost pressures driven by the forex crisis and the soaring energy cost. It will not be in the interest of the economy for the CBN to hike rates at its next MPC meeting. “

According to Dr. Tochukwu Okafor, Senior Lecturer at Baze University, the Apex Bank would raise interest rates to combat inflation.

“Since inflation continues to rise, I expect the CBN to raise interest rates in an effort to put additional pressure on inflation,” he added that “interest rates may be raised by another 50 basis points, because more aggressive hikes may have a detrimental impact on the economy.”

Ezekiel Gomos, an economist at Jos Business School maintained that the CBN could hold the monetary parameters constant, considering that the nature of Nigeria’s inflation cannot be easily tamed by monetary policies.

“Ordinarily, inflation can be tamed by interest rate, however, this is not necessarily the case with Nigeria, due to the huge size of the informal sector. A significant portion of the people are not captured in the financial system,” he said.

He noted further that, if the CBN should need to increase the monetary policy rate, it should not be more than 50 basis points. Meanwhile, he added that the MPC could use other methods to mop up liquidity as the coming elections in 2023 could also increase the amount of money in circulation.

If the Central Bank rides the wave, it will likely raise rates in line with global central banks: