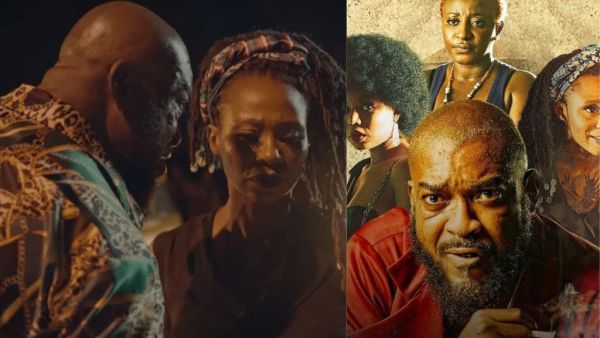 ‘Shanty Town‘, a six-part series, premiered on Netflix on January 20. The project was directed by Dimeji Ajibola.

Having a star-studded cast and being the first Nollywood release of 2023, there were a lot of expectations.

However, after watching the film, it appears that it lacks a sense of originality and just follows the usual plot that has been seen in Nollywood movies like ‘King of Boys’.

‘Shanty Town’ follows the story of a group of prostitutes who want to break free from the control of an infamous kingpin, but soon realize that doing so will be extremely difficult because of political corruption and blood ties.

THE STRONG POINTS OF THE SERIES

The film’s cinematography was excellent, showing how Nollywood has grown and is improving its crafts. It used the best visual elements ranging from camera angles to bomb effects.

The acting performance from the cast, particularly Chidi Mokeme, was absolutely outstanding and professional. Through his interpretation as the kingpin Scar, Mokeme has definitely won the heart of many viewers.

The use of Nigeria’s diverse languages in the film is also commendable. It is quite different from usual but it was amusing to watch a film where Ibiobio, Yoruba, and Igbo languages featured prominently.

Also noteworthy was the film’s brilliant reflection of Lagos’ underworld. ‘Shanty Town’ vastly explores and points out some of the hidden atrocities committed by some so-called philanthropists — most of which are relatable.

THE WEAK POINTS OF THE SERIES

The major flaw of ‘Shanty Town’ is its lack of originality. At some point, it appeared like the storylines of ‘King of Boys’ and ‘Oloture’ were merged together to form the series.

The dragged storyline is another weakness of the series. There were a lot of unnecessary scenes where the film lost its control after starting with a load of promises. For example, the fight scene between Dame and Chief Fernandez’s supporters wasn’t needed as it added nothing to its storyline.

The use of mindless violence and sexual assault is also questionable. The scenes could have been dialed down without missing the message of the film so to what gain is it?