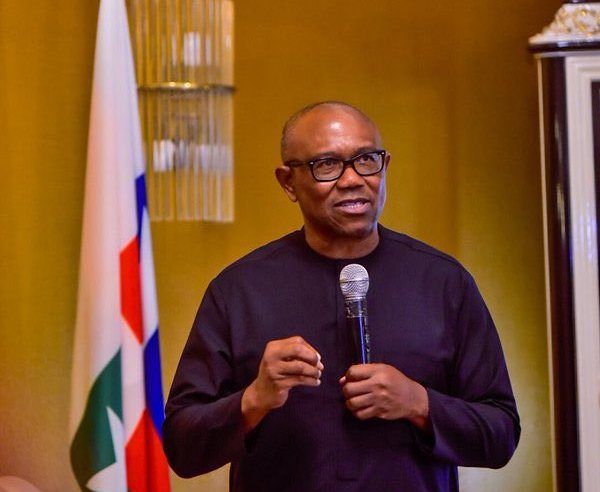 A third-party presidential candidate trying to capitalize on widespread discontent in Nigeria said he’ll scrap multibillion-dollar fuel subsidies and restructure debt to free up funds to tackle insecurity and boost investment if he wins the election next year.

Peter Obi -- a former state governor and banker -- has emerged as the politician with the best chance of upending the two-party status quo that has ruled Africa’s most-populous country for more than 20 years. His bid to replace President Muhammadu Buhari has swiftly gained a following that hopes to grow its momentum in the run-up to the vote in February.

“I am in it to bring the change that Nigeria has been missing all these years,” Obi said in an interview in the capital, Abuja.

His rivals are Bola Tinubu of the ruling All Progressives Congress and Atiku Abubakar of the main opposition Peoples Democratic Party, whose political organizations have provided every head of state since 1999 and dominate both legislative chambers.

Obi faces an uphill battle against stalwarts of parties that know how to turn out voters -- he is running on the ticket of the Labour Party, which had a single lawmaker elected in the last election and has a much smaller presence throughout the vast West African country.

Despite these major organizational challenges, Obi has built up an enthusiastic base known as “Obidents” -- initially active online, but increasingly marching in the streets -- and his appeal appears to be spreading. A clear majority of respondents named him as their preferred choice in an opinion poll conducted for Bloomberg News by Premise Data Corp., whose results were released on Sept. 28 when the official campaign kicked off.

Nigerians are contending with accelerating inflation, rising unemployment, a depreciating currency and pervasive insecurity. Production of the economy’s historic mainstay -- crude oil -- has collapsed to multi-decade lows, while the government’s debt service bill is currently outpacing the revenue it’s earning. Total public debt has more than tripled to 42.8 trillion naira ($98 billion) since Buhari took office in 2015.

“We cannot continue this level of fiscal recklessness,” Obi said, adding that he would cut gasoline subsidies that give Nigerians some of the world’s cheapest pump prices. That intervention is consistently depriving the state of more than $1 billion per month and, if not phased out, could cost the government a sum greater than its entire income next year.

“We are going to remove it,” he said, arguing that corruption accounts for half of the subsidy bill.

Buhari’s administration delayed its previously announced plans to shelve the subsidies until after the election, leaving his successor the politically thorny choice of whether to expose struggling consumers to considerably higher prices to spare much-needed funds for other investments.

If he wins, Obi said he will try to restructure Nigeria’s debt “to a manageable level” because the current burden “doesn’t give us breathing space to invest in critical areas.” Instead of “borrowing for consumption” and to finance the cost of government, new lending would fund spending on education, health and security, he said.

Violent groups have expanded their reach across Nigeria in the past seven years, leaving larger swathes of the country living in fear of attacks and kidnappings. Stemming that insecurity will be his “number one priority,” Obi said, adding he will decentralize the police and invest in more personnel.

The stakes could not be higher, according to Obi. Because the government no longer controls its territory or the economy, Nigeria meets the “two main critical measures of a failing state,” he said. “It is a crisis situation but it’s solvable.”

A wealthy businessman who chaired local lender Fidelity Bank Plc before serving two terms as the governor of the southeastern Anambra state from 2006, Obi ran as Abubakar’s vice president in an unsuccessful campaign three years ago. He also contested the PDP nomination this year before withdrawing from the primaries. A 61-year-old in a country where 70% of the population is under 30, he is younger than his two main septuagenarian opponents.

The Labour Party candidate also attracted controversy last year when a Nigerian online newspaper reported, based on the Pandora Papers leak, on offshore companies he controlled while serving as governor and said he had breached local asset-declaration rules. Obi has repeatedly denied that his arrangements broke any laws.

Obi says he’s ready to face up to the hopes and frustrations that have been placed on his perhaps improbable shoulders. “I want the whole country to hold me responsible,” he said. “We are not going to change it overnight but we must start doing the right things. I am not going to do magic.”