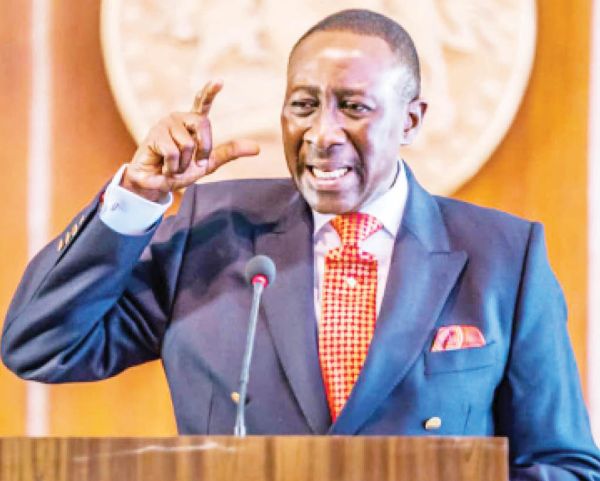 Daily Trust reports that the panel, comprised of retired top military brass and police officers as well as some administrators, has the Interim Administrator, Presidential Amnesty Programme, Maj.-Gen. Barry Ndiomu, as its chairman and Mr David Attah as Secretary.

Inaugurating the panel in Abuja, Monguno said that Nigeria was facing a monumental loss of revenue that ought to have accrued from the sale of crude oil.

He noted that pipeline vandalism and theft of crude oil had led to a significant decline in production.

The Terms of Reference (ToRs), according to NSA, are to ascertain the circumstances surrounding the illegal insertion into the Trans-Escravos Pipeline (TEP) around Yokri area in Burutu Local Government Area of Delta State

On his part, the Permanent Secretary, Special Services, Office of the Secretary to the Government of the Federation, Aliyu Yerro, said the menace of crude oil theft had greatly impacted the nation’s revenue growth.