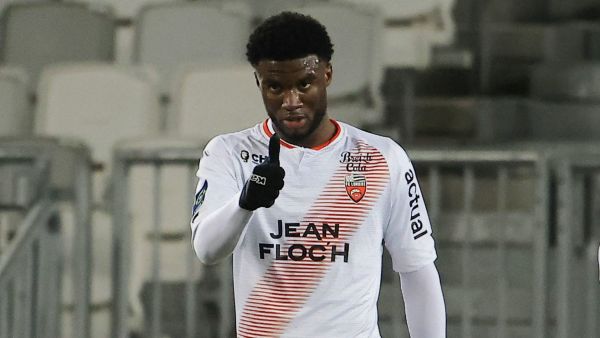 Lorient of France striker, Terem Moffi is favoured to lead the Super Eagles attack in friendly against Algeria.

According to camp sources, the 23-year-old is turning heads in the team’s training ahead of the friendlies.

Moffi has been in fantastic form in the French Ligue 1 this season, netting six times in eight appearances for Lorient.

The absence of Victor Osimhen and Umar Sadiq due to injuries has also provided him the chance to stake claim for a regular playing berth in the team.

The forward bagged a brace in the Super Eagles last game against Sao Tome and Principe which Jose Peseiro’s side won 10-0.

Kelechi Iheanacho, Cyriel Dessers and Godwin Saviour are the other strikers in the team.