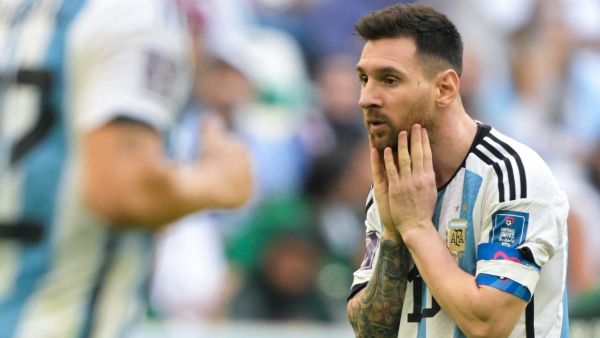 Lionel Messi has reacted to Argentina’s defeat to Saudi Arabia in their first game of the 2022 World Cup in Qatar.

He assured his country’s supporters that the team would bounce back and go all out to win their remaining matches.

Messi and his colleagues are widely tipped to win the World Cup in Qatar and were in the middle of a 36-match unbeaten run.

Messi fired Argentina ahead in the first half of the game from the penalty spot, but Saudi Arabia returned from the break to score two goals in under four minutes.

“There are no excuses,” Messi told reporters after the match.

“We did not expect to start in this way, but things happen for a reason,” Messi said, adding that it now depends on him and his teammates to go all out in their remaining games.

Lionel Scaloni’s side will now hope to beat Poland and Mexico in their next two matches to stand any chance of making the 2022 World Cup round of 16.