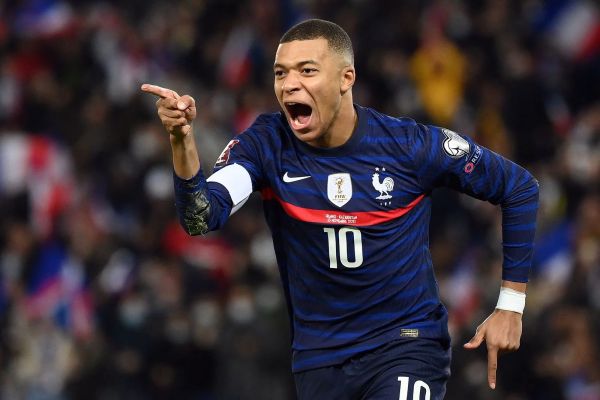 Qatar 2022 World Cup has been an exhilarating shift from the norm. From the off-the-field drama that ushered in the tournament to the giant-killing upsets, the competition is shaping up to be one of the best World Cups in recent memory.

The tournament also hints — although subtly — at the innocuous, gradual shifting of footballing power from the European and South American super teams to those countries that have always been on the periphery. Saudi Arabia’s shocking victory over Lionel Messi-led Argentina on Day 3 was initially waved off as a one-off until Japan stunned Germany and Spain, while Korea defeated Portugal, Tunisia beat France and Cameroon dealt Brazil a first group stage defeat in 18 games.

Just as the stiff unpredictability of the tournament’s swing of matches, the race for the golden boot has also remained tough.

Five players are currently tied at the top spot with three goals each, followed by 18 players in joint second place with two goals.

Below are the five leading goal scorers of the Qatar 2022 World Cup — after the group stages.

Mbappe picked up his World Cup campaign at the same brilliant pace he left it four years ago when he was awarded the best young player as France won the Mundial in Russia.

A goal and an assist in Les Blues’ opener against Australia were followed by a vital double against a stubborn Switzerland defence.

However, he failed to score in the team’s reality check defeat to Tunisia in the final group game.

France will play Poland next in the second round on Sunday and the 23-year-old will hope to add more goals to his tally.

The Atletico Madrid striker scored in all of Spain’s group games, including a near-post flick a few minutes after coming on as a substitute against Germany.

He scored the last goal in La Roja’s 7-0 rout of Costa Rica in their first game, a record win for Spain.

Morata also put Luis Enrique’s team ahead in their final group game, but they were beaten by Japan.

Spain will face Morocco on Tuesday and the 30-year-old has an opportunity to leapfrog his peers on the goal chart.

The Manchester United striker has enjoyed a World Cup contrasting his fortune with his club this season.

He began the competition with a bit-part role in the England team, coming on against Iran and contributing to the 6-2 whitewash.

He fired blank in the Three Lions’ goalless draw against the US, but he scored a brace in his first start of the competition against Wales in the final group game.

England will contend with Senegal for a place in the quarter-final, and Rashford has shown he can deliver goals.

The PSV Eindhoven forward has been one of the breakout stars of the 2022 World Cup, with an array of finishes to his name.

He scored a crucial header to help the Netherlands defeat Senegal 2-0 in their first match.

He then opened the scoring with an absolute beauty from his weaker foot in the draw against Ecuador. Another goal against Qatar in the final group game confirmed his lethal instincts.

Netherlands will take on the US on Saturday with Gakpo eyeing more green patches in front of the goal.

The Fenerbache striker is the only player on the top scorers’ chart to have crashed out of the competition.

He added his third in La Tri’s 1-1 draw against the Netherlands.