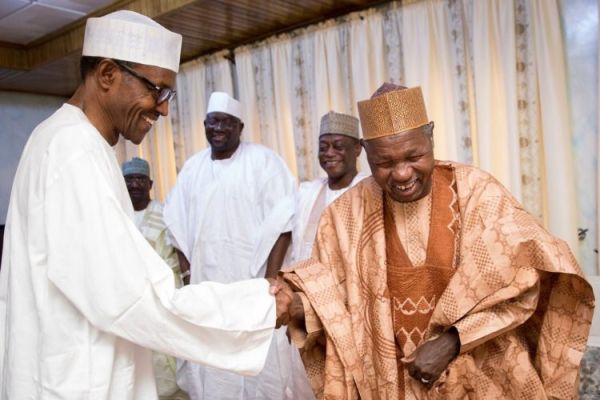 Katsina State governor, Aminu Bello Masari, has approved a whooping sum of N499.6m from Local Government funds domiciled in the Local Government Joint Account, for the purpose of mobilising residents to welcome President Muhammadu Buhari to the State on January 26, 2023.

The President, who hails from Katsina State, is expected in the State on a two-day official visit by from January 26 to 27.

According to a leaked letter conveying the approval of release of funds dated January 18, 2023, which has gone viral on the social media, written on behalf of the Permanent Secretary, Government House, Katsina, by one Yahuza S. Ibrahim, and addressed to the Commissioner for Local Government and Chieftaincy Affairs, the sum of N14,695,588.00 is to be released to each of the 34 Local Government Councils of the State in order to adequately cater for ‘effective mobilization’of citizens’ to welcome the President to the State. “l am directed to refer to your letter No. /MLGCA/GEN/259/C/IV of 17
January, 2023 and to convey the approval of His Excellency, the Governor for the release of N14,695,588.00 to each of the 34 LGCs totaling N499,650,000.00 (Four Hundred and Ninety Nine Million, Six Hundred and Fifty Thousand Naira Only) from the available balance of the 34 LGCs in the Local Government Joint Account to enable the LGCs to cater for adequate and effective mobilization of citizens to receive Mr. President during an official visit to Katsing State from 26th – 27th January, 2023.

“2. Attached herewith is a photocopy of the approval for your guidance.

“3. This letter is copied to the Accountant General, Ministry of Finance and Auditor General for Local Government for awareness, please,” the Permanent Secretary stated.

LEADERSHIP reports that the N499.6m budget for mobilisation of people to the State capital does not include other expenditures like entertainment, security and logistics, among others, for the presidential visit.