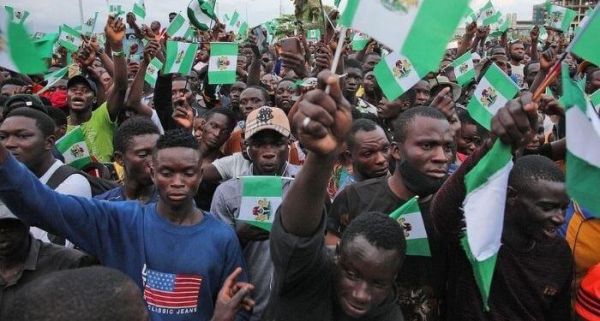 The Labour Party (LP), New Nigeria Peoples Party (NNPP) and Social Democratic Party (SDP) have called on Nigerians to ensure they use their voter’s cards to liberate themselves in the 2023 general elections.

In separate statements, the three political parties expressed concern over deteriorating infrastructure, economy and security caused by bad governance in the country.

LP in a statement issued by the national publicity secretary, Comrade Arabambi Abayomi, said in all considerations, the country had absolutely nothing to celebrate on independence, adding that a larger part of the overstressed population was gnashing their teeth as they struggle to exist among various loads of avoidable suffering.

“In practically all and every sector of national governance, the APC has scored zero. Yes, zero. In the last seven years of the APC government, not a single sector scored any form of improvement but rather it has been solely records of total failure.

“LP here strongly and very sincerely advises the Nigerian voting public to use this moment, reality and truth to reflect on the need to send the APC government out of office and fortunately this is an election year,” the statement said.

NNPP in a statement issued by the national publicity secretary, Major Agbo, said the state of the nation is “bad, terribly bad.”

“No part of the country is safe. Nigeria has been in perpetual war. War against terrorism, insurgency, militancy, banditry, secession, kidnapping, corruption, marginalization, poverty and inept leadership.

“It is time to change the narrative and consolidate our democracy. The 2023 general elections is another opportunity to build a new Nigeria which the New Nigeria People’s Party represents. The party has fielded credible, reliable and visionary candidates for various offices. They are people-oriented and capable of delivering dividends of democracy that will assuage the sufferings of the populace and take the nation to a greater height, “ the statement said.

The presidential candidate of the Social Democratic Party (SDP) Prince Adewole Adebayo said: “For a nation such as ours and for any person who has spent 62 years there will be a lot of stories to tell; there will be low moments and high moments, there will be moments that will make us question whether all of this is even worth it at all”.

“But there are some moments like this when despite how many years we’ve been in the wilderness, we are coming to a junction where we have an opportunity to travel a road less traveled to make a pivot to choose a new direction, to do for ourselves what we ought to do to ourselves a long time ago, to form a people’s republic where the welfare and the safety and security of the common person is paramount to the state.”

Adebayo noted that Nigerians should be grateful to the nation’s founding fathers for gaining independence from British rule, and forge ahead in doing the right thing by voting in good governance in order to get it right for the future generation.