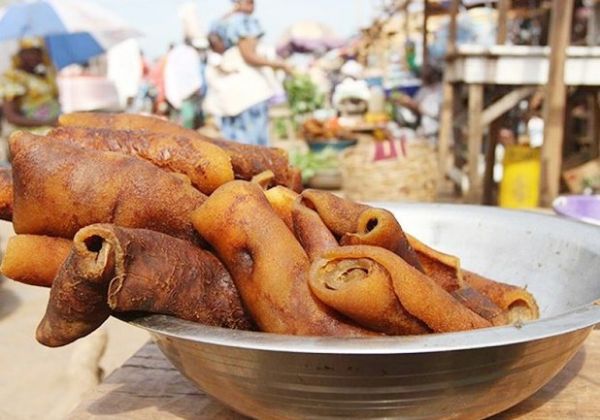 The Chairman of the Nigerian Bar Association Section on Public Interest and Development Law, Monday Ubani, has threatened to sue the Federal Government if it bans cowhide, popularly called pọnmọ.

Ubani said this in a statement signed by him on Wednesday, noting that pọnmọ “is the most common delicacy that is mostly enjoyed by the average citizen due to its affordability, and given that fish, meat and other sources of protein had become very expensive and thus unaffordable by the common man in the country.”

The rights activist queried the reason for the government’s decision.

He said, “The truth is that pọnmọ remains the most constant protein or meat-like substance in the common man’s stew and soups. While politicians and rich Nigerians as well as their families enjoy all manner of proteins in their sumptuous and mouth-watering meals that are the envy of the common man, they have become restless and jealous of the only meat-like item that the average citizen chews while eating his ‘meal of affliction.’ Such a government pronouncement and planned policy of banning pọnmọ cannot be fair and just. It is ill-advised and we reject it in its entirety.”

He said the government should be prepared for a prolonged legal battle upon the declaration of the ban.

“I shall be prepared to undertake this public interest case on behalf of millions of Nigerians who consider this delicacy too palatable to be taken off their dining tables or better still, dining floors, more so when it remains the only affordable substance that has a semblance of meat or fish in the common man’s meals. A word is enough for the wise,” he added.

Ubani advised the government to “ensure that such callous and anti-people policy does not see the light of the day.”