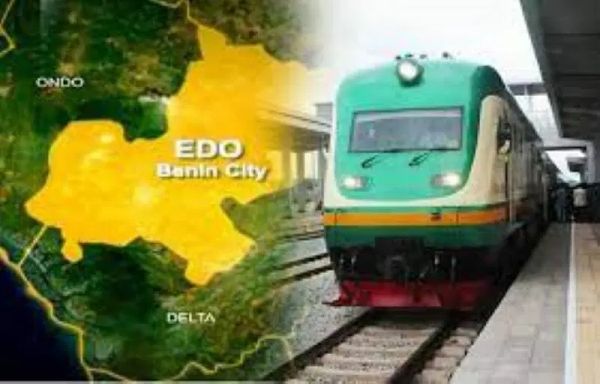 The police have claimed that the eight suspects arrested in connection with the kidnapping of 20 people at Igueben train station in Edo State planned the kidnapping in the hope of receiving a ransom of N20 million to free their hostages.

This was stated by the police in the two-count charge filed against the eight suspects.

According to the charges, the suspects violated Section 5 of the Edo State Kidnapping Prohibition (Amendment) Law of 2013.

Eight suspects are in police custody, according to a copy of pleadings signed by Barr. I. E. Ekibade on behalf of the legal section of the Edo State Criminal Investigation and Intelligence Department (SCIID) and made available in Benin.

The suspects, all males, according to the charges, conspired within themselves to “commit felony by wit.”

Police alleged that the eight suspects identified as Odion, 62, Ewa, 58, Patrick, 42, Ighedujiemu, 51, Hamilton, 59, Umaru, 28, Ibrahim, 25, and Aliyu, 25, conspired to kidnap the victims with the expectation of getting N20 million from their relatives as ransom for their freedom.

Edo police spokesperson, SP Chidi Nwabuzor said this in a statement on Sunday.

He, however, said the trial of the suspects of has not begun contrary to some speculations and reports.

According to Nwabuzor, “Exparte Order, it’s an order of court that enables the Police investigators to extend the detention of a suspect(s) for a period of 14 days to enable them to meet with exegesis.

The state Commissioner of police who is the complainant in the case, filed and prayed the court to serve justice to the eight suspects because they have committed an offence punishable under the Kidnapping Prohibition (Amendment) Law of the state.”

Edo State Government had last week announced the arrest of seven suspects, including two traditional rulers in connection with the attack on Igueben-Ekehen train station.

Six gunmen had stormed the train station at about 4 pm on Saturday, 8 January 2023 and abducted 20 people, including workers in the station and passengers waiting to board train to Udu, in Delta state.

Several other persons also sustained gunshot injuries during the attack.

However, all the victims of the attack have been rescued.

Edo Governor, Godwin Obaseki, had on Sunday, 15 January, 2023, accused some traditional rulers in the locality of allegedly flouting the state government’s anti-grazing law which forbade anybody from giving lands to herdsmen to graze.

Obaseki who was visiting 12 rescued victims being treated at the Police Cottage Hospital in GRA, Benin City, disclosed that the state government will go after traditional rulers who gave out grazing land to undesirable elements in their community without checking their background.

However, Edo Commissioner for Information and Orientation, Chris Nehikhare, announced the arrest of the suspects in a press briefing last Wednesday.

Nehikhare who did not give the names the of suspects disclosed that the two traditional rulers are in the Igueben local government area, where the incident happened.

He also announced that the two remaining victims of the train station attack have been successfully rescued by security operatives.

Nehikhare while announcing the rescue of the victims, added that no more victims are in the clutches of their abductors.

“I am happy to inform you all the remaining victims of the Igueben train station attack have been rescued.

“As at today, none of the victims are in the hand of the abductors,” he said.