KIDNAPPER: “I was not aware it was Kidnapping, I was told it was business” - John Lyon denies involvement [VIDEO] 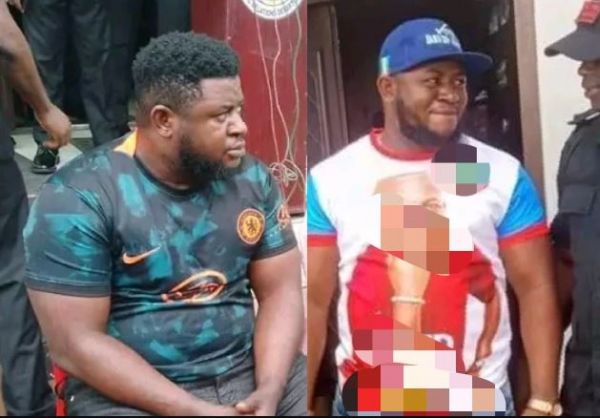 Bayelsa State Police command has paraded a socialite Kidnapper, John Ikechukwu Ewa also known as John Lyon and three members of his gang, who have collected over 200 million naira in ransom.

Parading the suspects before newsmen on Monday, the Bayelsa police commissioner Benjamin Okolo, said they were responsible for most of the high profile kidnapping witnessed in the state.

The suspects, Emmanuel Charles, John Ikechukwu Ewa and two others are said to be responsible for the abduction of two new generation bank managers and a host of others.

The State Police boss also reassured Bayelsans of their safety, as he warned those with criminal tendencies to leave the state.

The Kidnap kingpins John Ikechukwu Ewa and Emmanuel Charles acknowledged their involvement in the Kidnapping of the high profile personality in the state.

Other suspects were paraded for cultism, murder, unlawful possession of firearm and armed robbery, while two cars were recovered from the kidnappers.