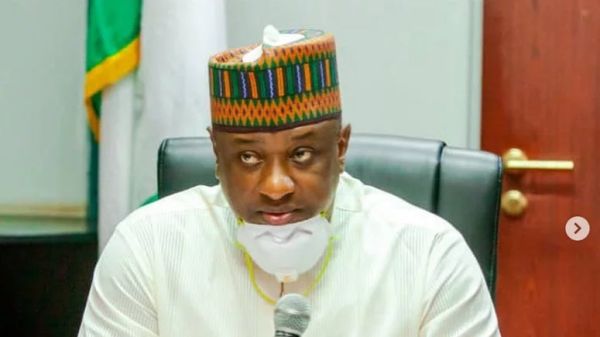 Naija News reports that Keyamo was reacting to a call by the PDP Presidential Campaign Organisation (PCO) on the EFCC, DSS, Police, NDLEA, and the AGF to arrest and prosecute the former Lagos State governor for alleged fraud and drug trafficking offenses.

Reacting in a tweet via his verified Twitter handle on Sunday, Keyamo described the PDP PCO as pathetic and copycat, stressing that the opposition party copied APC’s style.

The Minister of State for Labour and Employment said the PDP keeps recycling old and unproven allegations against Tinubu, adding that the party has nothing new to offer Nigerians.

Keyamo said what the nation is facing right now is the allegations of siphoning funds using Special Purpose Vehicles (SPV) from the nation’s coffers against Atiku while he was the Vice President.

He wrote: “I’m laughing: these PDP fellows are pathetic: I was told they copied our style and all their spin doctors held a joint conference. Copycats. Nothing new. All old, unproven stories against @officialABAT. What is gripping the nation now is Special Purpose Vehicles (SPV). #Atikugate.”