Juventus President, Vice President and Other Board Of Directors Resign 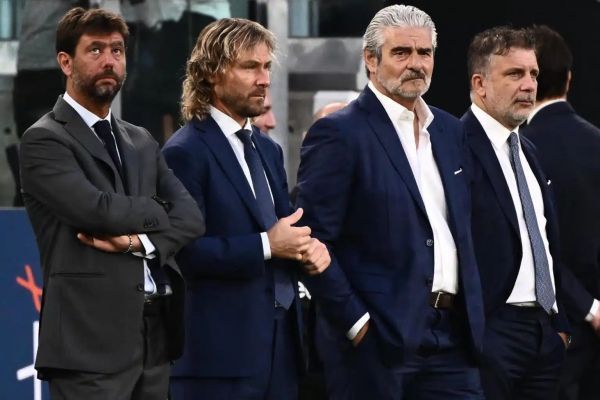 Juventus’ board of directors, which includes Vice President Pavel Nedved, and president Andrea Agnelli, resigned from their roles on Monday evening.

The board of directors of the Italian giant has unanimously decided to retire as a group, placing them in a state of upheaval during the World Cup mid-season break.

The club which is expected to enter a significant period of change will still have managing director Maurizio Arrivabene in charge of his administrative responsibilities despite also retiring.

The previous report reveals a year of record-breaking loss in 2021–22 which was published by the Turin Club, with a deficit of £220 million (€254.3 million).

Following this loss, a motion which triggers the resignation of a mass number of the Juventus board of directors was made in the best interest of the club in order to allow a new group of executives to take over at the club.

In his letter to the club, Board of Directors President, Andrea Agnelli, detailed the incident as revealed by Ansa and La Repubblica:

“We are facing a delicate moment in society. Better to leave everyone together, giving the possibility to a new team to overturn the game”. he wrote.

“When the team is not compact it lends itself to the opponents and this can be fatal.

“At that moment we need to have clarity and contain the damage. I will continue to imagine and work for a better football club, comforted by a phrase by Friedrich Nietzsche: ‘And those who saw themselves dancing were considered crazy by those who did not hear the music’.

“Remember everyone, we will recognise each other everywhere with a look: we are the people of Juve!”