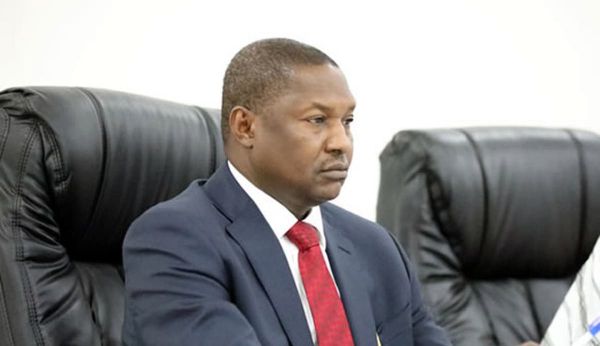 The Attorney General of the Federation (AGF) and Minister of Justice, Abubakar Malami, revealed on Monday in Abuja that Nigeria’s judiciary received the best funding so far under President Muhammadu Buhari.

He also promised better days for the judicial officers and their institutions in the country when the planned improved packages are implemented.

Malami, a Senior Advocate of Nigeria, SAN, spoke at the Supreme Court during its 2022/2023 Legal Year and inauguration of the newly appointed 62 Senior Advocates.

He said the President Buhari-led administration, in line with its commitment to promoting the rule of law, has accorded top priority to the funding of the judiciary.

Specifically, Malami said the government had ensured a progressive budgetary allocation to the judiciary, which has seen an increase from N73 billion in 2015 to over N130 billion in 2022.

He revealed that a further increased sum of N150 billion had been proposed for 2023.

He saidIn addition to the foregoing, we have provided special intervention when the need arises, particularly, in meeting the huge cost of running election tribunals.

Malami, therefore, called for collective efforts from the judiciary to attain the desired levels of good governance and development, as he said law and development are interwoven.

He noted that positive changes in the judiciary would, by necessary implication, serve as precipitating factors for the much-needed developments in the national polity

The Minister expressed high optimism that the recent approval granted by President Buhari, in addition, to an increase in the salaries and allowances of judicial officers, but also for conditions for their health, well-being and professional development, will usher in a new lease of life and impetus for the judiciary to operate maximally in a more beneficial and rewarding environment.

Malami disclosed that the Federal Ministry of Justice is reviewing the National Policy on Justice to enhance stakeholders’ ability to tackle issues hindering the entire justice sector.

He said, Only recently, the Federal Executive Council approved the revised National Anti-Corruption Strategy and Action Plan (2022–2026). We have also recorded modest gains from the operationalization of the provisions of the Proceeds of Crime (Recovery and Management) Act, 2022.

Malami explained that such recoveries running into billions in various currencies are being ploughed into funding critical infrastructural projects, such as the Abuja-Kano & Lagos-Ibadan Expressways and 2nd Niger Bridge, all under the Presidential Infrastructure.

He commended the Legal Practitioners Privileges Committee (LPPC), under the leadership of the Chief Justice of Nigeria, for striving to sustain high standards in the profession by meticulously sieving through multiple applications to arrive at the 62 recipients.

Malami expressed delight at the increasing number of career civil servants making the final list of Senior Advocate of Nigeria annually, which he described as a pointer to a rebirth of quality advocacy at the official bar, which he said needs to be sustained and encouraged.

He said, We cannot bemoan dearth of competent advocacy in the public service without taking positive steps to chart a way forward on capacity building and provision of equal opportunities for our State Counsel or Legal Officers.