Call me a Buharist no more - Ope Banwo

Now that President Buhari has arrived safely  from his indefinite leave of absence, I hereby resign as a Buharist (instead, I choose to be non-aligned going forward).

I had promised I would NEVER abandon President Buhari or withdraw my support for President Buhari, while he was obviously fighting for his life in London, despite the many lies of his officials. Now that he has arrived safely, and walking on his own feet, I have decided what I consider to be the honorable part to take at this juncture, which is to STOP being a partisan observer of this government.

I am a non-aligned Political Commentator and a Social affairs Critic and to that role I return. To some I am just one man and don’t matter, but that is not the point. I have chosen to make a U-Turn when it has become clear I made a wrong call, instead of foolishly holding on to an untenable position for my conscience, mental well-being and my analytical mind.

So, in returning to the basics of my preferred positioning in the national discourse, I hereby RESIGN MY SELF-IMPOSED TITLE AS A ‘BUHARIST’ AND I APOLOGISE TO ALL MY FRIENDS AND READERS FOR MY ERROR IN FORGETTING THAT AN ANALYST SHOULD NEVER BECOME PARTISAN. Those who want to now say ‘I told you so’ have earned the right to say so, and they can fire away now. I should NEVER have aligned with any political side, even if it’s only the President I identified with, and not necessarily his party.

This does not mean I have now become a Wailing Wailer, or an automatic part of the Opposition to government no matter what it does. Far from it. It simply means I do not identify myself as a partisan observer on the national theater, where my default position was to first support President Buhari first before voicing my disagreement with his policies. Now, my default position is now NEUTRALITY. I will Call it when its good, and attack without holding back, it when its bad, for EITHER PARTY…. regardless of party or personality.

Those who have known me for a while know I pride myself in being an objective analyst on national affairs, but I acknowledge, in retrospect, that it was wrong of me to think I could stay objective while identifying myself as a Buharist. Being a Buharist means I am partial to President Buhari. I may be convinced that my analysis on issues have always been objective and balanced, that does not matter- it’s a fact that appearances DO matter.

I agree and accept that I can’t call myself a Buharist, and then expect that anyone (pro Buharists or opposing Wailers), would consider anything I say about him as being objective. Buharists criticize me for pointing out objectionable things in the government, while the opposition also vilify me forever for supporting him in the first place. The recent media campaign for the release of Babatunde Gbadamosi, a PDP Chieftain, who was unjustly incarcerated in my opinion, made this untenable situation very clear to me than ever before.

I read the hundreds of comments on that campaign from those who think he should be released, and those who thought he got what he deserved, and it was clear I made a mistake in allowing myself to become a Buharist as both sides have very strong words of criticism for me based on my self-declared title of a Buharist. One side thought I was a traitor to Buhari, while the Wailing Wailers (and I do not use that word negatively, by the way, but as a way of acknowledging the identification acronym of the class of people opposed to everything Buhari), thought I should not now be complaining against a government I claimed to support, despite their wailings. The criticisms on both sides were well deserved. I agree with those who criticized me during that campaign, on both sides, and understand this Buharist thing must STOP.

Lest I be misunderstood, I do not apologize for VOTING FOR BUHARI AS PRESIDENT. I doubt if I would ever do, since that is like regretting the past you have no control of anymore. In any case, I am still convinced that with the facts I had in May of 2015, there was no way my conscience was going to allow me TO choose Goodluck Jonathan over Muhammadu Buhari in that election (though I did vote for Jonathan in 2011). On my 2015 choice, no regrets and no apology. You make choices based on the moment, and then you move on.

However, with the facts I now have, if I were to do it all over again, I would have ABSTAINED IN PROTEST OF THE UNSUITABILITY OF BOTH CANDIDATES FOR THE OFFICE OF PRESIDENT. Simple. But you don’t get do-overs in life. You take your lumps and then move on. 2019 gives all of us a chance to re-assess our positions and that is the beauty of democracy

After 2 years of watching this ‘change’ government UNDERPERFORM HOPELESSLY ON MOST OF ITS LOFTY PROMISES OF CHANGE, and more importantly LIE TO US REPEATEDLY about issues, and then tell us ARROGANTLY that they do not owe us any explanation on critical issues, I cannot in all conscience call myself a Buharist anymore. I used that word at the time we elected our President hoping he would rise to the level of great statesmen with visionary goals and that the govt he promised us will KEEP FAITH with the people, not lie to us and not become what it set out to correct.

This Buhari government has been anything but honorable. It has lied REPEATEDLY to the people, and its officers have treated the people with the kind of ARROGANCE that is unacceptable in a democracy, and to me personally, as a citizen of Nigeria.

Worse, this so-called Change Government continues to prove the point that the Wailers have been making since May 2015, which is that the Buhari Government does NOT have any workable plan to take us out of the mess we are in as a nation. They continued to START AND GO, like my first old Volkswagen Car. That part really hurts simply because the Wailers have turned out to be RIGHT AFTERALL ON THAT POINT.… and in this failure of meeting expectations, I refer to the WHOLE GOVERNMENT, not just Buhari personally, BUT BUHARI is still responsible for ALL of them!

While I will not go into specifics of the unconscionable actions and attitudes of this government, in this my overdue resignation as a Buharist, it saddens me that this government has been a big disappointment so far, and needs THE VIGILANCE OF UNBIASED ANALYSTS AND CRITICS TO KEEP PUTTING UP THE PRESSURE to ensure it does not completely derail Nigeria.

There is still hope, sure, but that hope is dimming fast, and this government needs all the critics it can find to help it get back on track!

Finally, I also want to make it clear that I still personally wish the government well, and continue my optimistic hope that President Buhari, and the able VP Osinbajo will indeed turn this mess around and give us all a country to be proud of by 2019. MIRACLES STILL HAPPEN, AFTERALL. I am just not an automatic supporter of Buhari anymore.

So, I am NOT declaring myself opposed to this government, I am merely moving back to my old position of being a NON-ALIGNED CRITIC AND OBSERVER who can legitimately call the issues the way they appear to me, without the heavy burden of calling myself a Buharist. I no longer believe in Buharism as I imagined it would be in 2015.

Someone who has known me very well for over 25 years asked me recently: “how did you ever allow yourself to be dragged into this Buharism movement? where exactly were the visionary books the man wrote, or what exemplary leadership legacy has he left (besides a questionable 2-year stint as military head of state), to give you the impression he deserved a serious legacy on the level of ‘AWOISM’ or ‘ZIKISM’ for you to call yourself a buharist? Ouch!

To put it mildly, in hindsight, this was a humbling pie to eat. I now honestly believe that in OUR DESPERATE DESIRE FOR A BETTER NIGERIA IN IDEALISM, AND WITH LACK OF ANY REAL VISIONARY LEADER IN THE GAME, SOME OF US UNCONSCIOUSLY ASCRIBED AND PROJECTED AN IDEALISM TO BUHARI THAT HE HIMSELF NEITHER PROFESSED, NOR DESERVED. TWO YEARS AFTER THE FACT, IT HAS BECOME CLEAR THAT WE WERE ALL DELUSIONAL TO HAVE EVER ELEVATED MUHAMMADU BUHARI TO THE INTELLECTUAL AND NATIONALISTIC HEIGHTS OF AN AWOLOWO, NNAMDI AZIKIWE, OR THE SARDAUNA OF YEARS GONE BY.

I of course continue to wish this government well as a lover of Nigeria, and will still speak up for it on good things it is doing, but I will be totally committed to also pointing out its failures. I continue to hope, like millions of others, that the dreams of change we hoped for in Nigeria would still be realized. IN which case, NIGERIA WILL WIN.

More in this category: « ‘O leader, while you were away...! -Bala Muhammad Living with populism - Shlomo Ben-Ami » 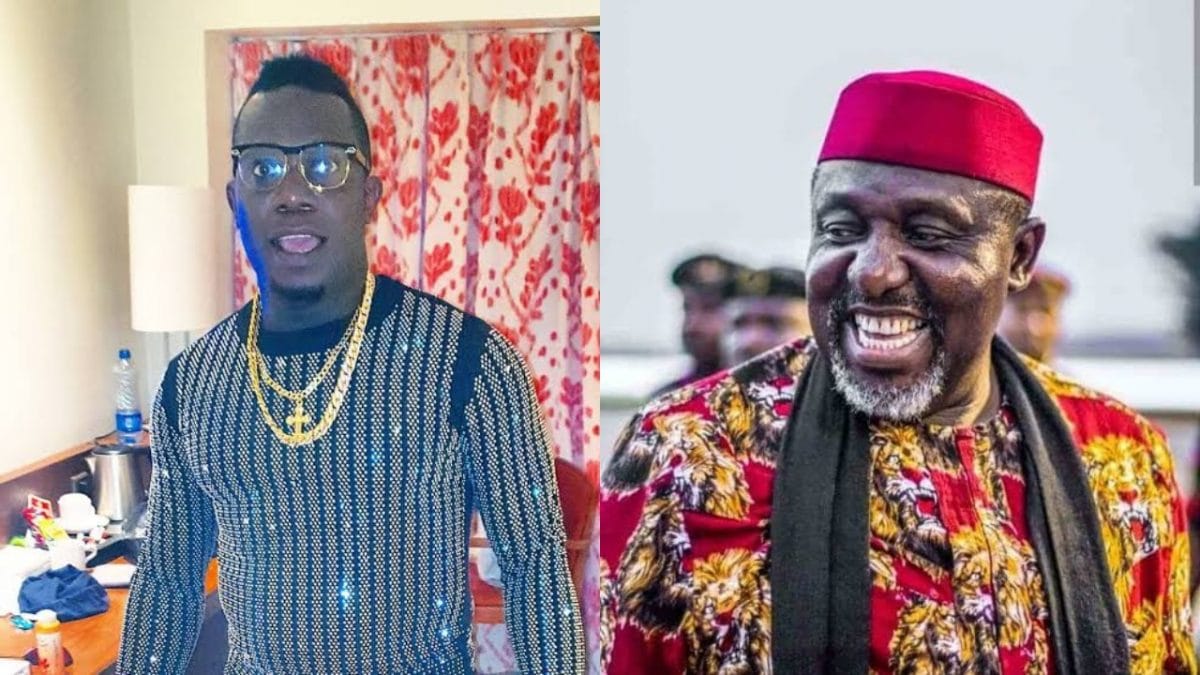 My life under threat, let me return your money – Duncan Mighty begs Okorocha 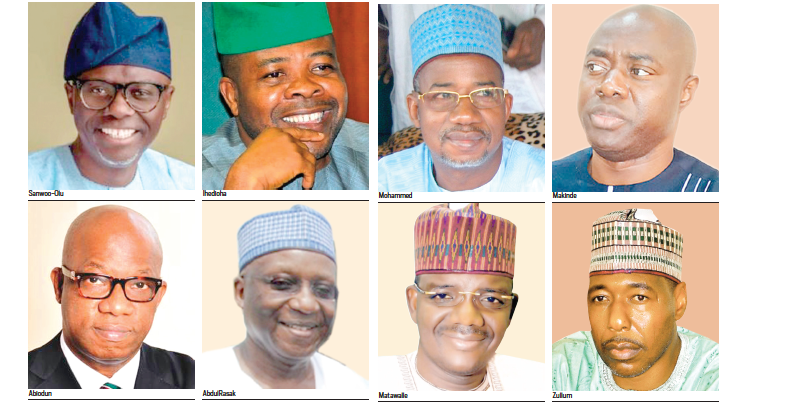