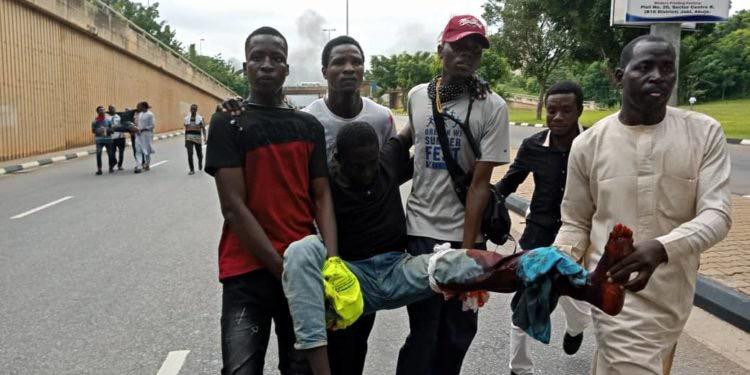 The Islamic Movement of Nigeria ( IMN) on Tuesday made good their threat as they marched on the streets of Abuja to observe its Ashura procession.

Members of the movement converged on Wuse market as early as 7 a m and marched toward the popular Berger roundabout.

The protesters were seen waving flags with arabic inscriptions and chanting anti-government songs.

The protesters hurriedly dispersed on sighting armed policemen to avoid being arrested.

The protest caused gridlock in many parts of the city.

Kubwa and Mararaba expressways were completely locked down.

The group had said it would still carry out its programmes even though it had be proscribed by government, prompting the Police High Command to issue a stern warning for them not to.

The hierarchy also issued orders to the Commissioners of Police not to allow any activity of the banned group take place in their states.

Many others have been reported wounded.

Also, reports have it that an unspecified number of protesters were shot dead by armed policemen in Gombe State.

However, online news portal, SaharaReporters, which published the report, admitted it could not independently verify these claims.