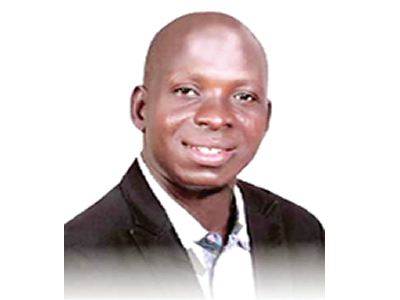 The kidnap kingpin, Alhaji Bala Hamisu aka Wadume, (33), has further revealed that his handcuffs and leg chain were cut off by a welder, who was invited by the army captain, who ordered the attack on operatives of the Inspector General of Police Special Intelligence Response Team (IRT), leading to the death of three IRT Operatives and two civilians. According to Wadume, this was done moments after he reached the captain’s quarters.

He disclosed that before the captain invited the welder to do the needful, he had earlier called the Divisional Crime Officer (DCO) in charge of Ibi Police Division to bring keys to unlock the handcuffs and leg chain. Recalling the events like it was yesterday, Wadume said: “On the day of my arrest, I was seating at a tea joint when some policemen came to me. They introduced themselves and showed me their identity cards. I followed them. When I entered their vehicle, they handcuffed and leg chained me.

“He continued: “While we were on our way to Wukari, we got to the first check point, some soldiers flagged down the policemen. The policemen presented their identity cards. The second check point was manned by mobile policemen.

We looked back, it was the soldiers; they were firing at us. “The van suddenly summersaulted. I crawled out of the vehicle and saw all the policemen alive. While I was trying to leave the scene, two soldiers came to pick me. I then heard the soldiers shooting at the policemen. I even sustained a bullet wound from the shooting. “I was taken straight to the captain’s house.

The DCO of Ibi division came to meet us at the captain’s house. The captain asked the DCO to go and get the key for the handcuffs. He left, but never returned. The captain then called a welder, who used a saw to cut off the handcuff and leg chain. I also sustained some injuries in the process.”

I became very disturbed. I pretended like I wanted to go and urinate and escaped from the scene. “I called Audul, who is my boy, and he took me on his motorcycle to Ungwachiki Town in Ibi Local Government. I passed the night in the home of Meito, my friend. But while I was there, some soldiers came to Meito’s house and started searching for me.

They were armed with guns, machetes and axes. I believe they wanted to kill me. I don’t know how they got information that I was in that house, but I managed to escape through the window and fled to the river bank at about 8pm, where I boarded a speedboat to Tunga village in Nasarawa State. “I spent a night in Nasarawa State and boarded a commercial bus to Kano State. I had N500, 000 with me while I was on the run; I took the money to my un-cle’s house, where I went to hide in Kano. “While I was hiding, I instructed one of my bothers in Ibi to go to my house and remove all my rifles. My cousin brought an idea that I needed some journalists to help me write favourable reports, that I should pay them N3million.”

The police have since recovered four among the hidden rifles from Wadume’s relatives. It was also gathered that some of the intelligent reports on the alleged activities of Wadume, leading to the police tracking and arresting him were facilitated by one of his blood brothers.

Before Wadume’s started cooperating with the police on their investigation, however, the police had earlier arrested one of his gang members. The police then decided to use him as an informant and a mole in Wadume’s gang.

He was released after he agreed to cooperate with the police. But after his release, he went to Wadume, and lied to him that he was asked to get N1million from him by the police, so that they would stop hunting for him. The alleged kingpin bought the story and gave him the N1million but the man disappeared with the money. Wadume, who said that he was married to four wives and has only four children as against reports of many children, added that he dropped out of Government Secondary School, Ibi when he was in Junior Secondary School (JSS3). He said: “After I dropped out, I started fishing at the River Benue, which flows through Ibi town.

This was in 1996. I did fishing for six years, but in 2002, I went into fishpond business. “I used to buy fingerlings for N30 per one; I would train them for five months and sell them between N600 and N700. I started small, with just two small ponds. But I went on to get five more big ponds.”

While narrating his story, Wadume digressed into roles he played in politics. He explained that it was after he went into the world of politics that he took to crime. This was also as he disclosed that he defrauded some politicians.

His words: “I went into crime after some politicians approached me through a friend, Babaginda Musa. My friend was into fishing too. I was introduced into politics by Honourable Haruna Maintable, who contested for the state house of assembly during the 2015 general elections.

“He gave me vehicle and I campaigned for him. He won and later gave me N300, 000 and the vehicle we used in the campaign.” He explained that prior to the 2019 election, in June 2018, he fooled many politicians contesting for different political offices.

He was able to make them believe he had spiritual powers, which he could use to make them win elections. Many of them bought the pack of lies. Interestingly, one of his victim is the present governor of his state. According to him: “I also defrauded the present governor. When the governor came to Ibi, he met youths in my town, and as the leader of the youth, the governor came to me. “I promised to work for him. I also promised to consult some mallams to pray for his success. The governor gave me N2 million on that day and we exchanged phone numbers. A week before the election, the governor called and asked me to meet him at government house. “When I got there, he gave me N4 million cash, saying that I should continue praying for him. After the election, the governor called and thanked me.’’ Beside the governor, he confessed to defrauding a top civil servant in the state: ‘‘I also defrauded a top civil servant. He is from Ibi; I defrauded him of the sum of N30 million.

I was also given N13 million by the All Progressives Congress (APC) to pursue the 2019 presidential election. I spent only N7 million. “I contested for the Taraba State House of Assembly under the YDP Ibi Local Government. I pulled out of the election and took my supporters to support the People’s Democratic Party (PDP).” One of the persons arrested along with the kidnap kingpin is Mr. Kawu Mohammed Kasuwa (30), a civil servant from Ibi, Taraba State, who said he works with Ibi Local Government. He explained that he was an executive officer, with the administrative department. He gave insight into his relationship with Wadume: “Wadume is my uncle. He is my mother’s younger brother.

I was arrested in Zaria because I made efforts to get journalists to write a favourable story in support of my uncle, who was being hunted by the police. It wasn’t my idea, but that one of my uncle residing in Lagos State. “His name is Ismalia Jita; he called and said that he wasn’t happy with all the bad publicity uncle Wadume was getting since the incident occurred. He wanted me to raise some money to give to reporters so that they could come down to Ibi and speak with the indigenes, and get a proper story about the incident, which would be favourable to Wadume. “I asked for N3 million. I gave the money to my brother, Awal, who knew how the money was paid to the media outfit. I was arrested in Zaria while the police were looking for my uncle, Wadume. I took them to my uncle, Awal’s house in Abuja.”

More in this category: « Abiodun’s supporters sack Amosun’s faction from Ogun APC secretariat APC will have issues in 2023 - Oyegun » 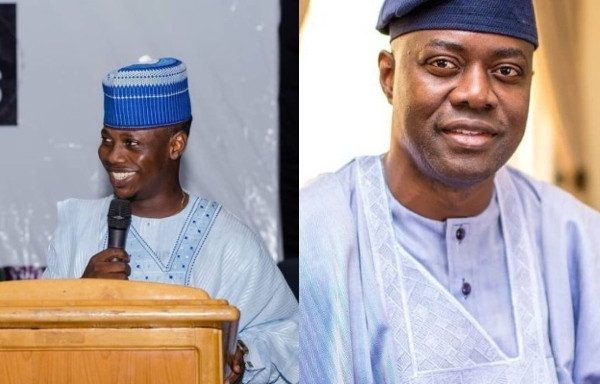