President of Alaigbo Development Foundation (ADF), Prof. Uzodinma Nwala has described Nigeria as unworkable union, and advocated for parting of ways for every group to have peace.

In this interview with VINCENT KALU, the president of the Igbo socio-political organisation noted that the country is in a “near crash” state and stressed that other countries that had dissolved their union are now peaceful and experiencing development.

Are you not frightened by the state of insecurity in the country and its future?

I’m not alone; everybody is aware that with the situation, the future of the country is very bleak, if it has a future.

When you add this to the state of the economy, characterised by unemployment, external debt, etc, where do we go?

Only God knows. Maybe, the people in charge know something which we don’t know; maybe they have a joker they are hiding from everybody including the international community.

But, from all we can see, Nigeria is near crashing, there is no doubt about it; a federation in which there is no leadership to bind it; there is no peace to bind it and there is war raging – kidnapping, killings, all sorts of crimes are being committed. Farmlands, crops are destroyed, where else do we go, only God knows.

But, I believe that heaven helps those who help themselves, and I believe if the people are able to wake up, they will be able to protect themselves and save themselves from the menace, this invasion, this war going on.

In specific terms, how do we solve these problems and get out of them?

Perhaps as there is no government in place, the people should wake up and put a government in place; there is a state of anarchy, and there is nothing we can do under an anarchy situation. The people have to get together in their various organised groups; they should brace up, come together and protect themselves and forget about federal authority. There is no federal authority by the way things are going.

We still have a government in place; but coming together, is it by way of conference or what?

The truth is that the federation is a marriage of incompatibles. We have advocated that each nationality should be allowed to organise itself as a separate entity, as it is in Europe. This marriage has not worked over a century. It is a question of various regions coming together and taking their destinies into their own hands.

Will this not usher in the anarchy we are talking about, especially when the North is opposed to such an arrangement?

It has to be organised, no doubt. Nobody is saying that everybody should go into the streets. We are saying various nationalities must come together with their people and state what they want.

President Buhari recently said that fiscal federalism is the way to go, is it in line with what you are saying?

That is not the main issue; the main issue is that there is no government in place. When one ethnic group has seized the entire apparatus of the economy, the entire apparatus of the bureaucracy, and the judiciary and also seized the military and the security forces, what else do we have? We have a state of conquest of one ethnic group over the rest.

Chief Olu Falae, in a recent interview with Saturday Sun called on every ethnic group to rise and defend itself, just as you are also advocating. If it happens that groups begin to employ self help, have we not welcomed the doomsday earlier than expected?

What we have in Nigeria is a state of anarchy, so, the only way to bring stability is for the people themselves to take their destiny into their own hands and if they do, the forces of anarchy will disappear.

Then we have zero level of fear or mutual assured destruction?

You are talking about every ethnic group to rise and defend itself, how prepared are the Igbo towards this?

Our people say, surprise rattles a man, and yet defines a man. The Igbo can take care of themselves, no doubt about that.

Even when you have military barracks in all the southeast states and military checkpoints mounted on every road?

History has several cases of people who have been overwhelmed by mighty army overcoming their enemies. The story of David and Goliath is a great lesson for the world. Anyone who thinks he has the monopoly of power; monopoly of force to conquer the rest should realise that the best hunter can become the hunted, that is the state of the world. The important thing is that those under siege should wake up to begin to get themselves organised to face the challenge everybody is facing particularly the Igbo who are in the worst situation at the moment.

It is said that the Igbo can never sit together because of discordant tunes, how then will they brace for the challenge you highlighted?

It is not true. The Igbo are the most formidable united people when they meet historical challenges. The difference between them and Fulani is that the Fulani, power has been bequeathed to them and they have restructured their control of it, but [they]should know that overconfidence is a deadly thing.

Where do you stand on restructuring that many people are talking about?

What we require is a state of self-determination; a state of sitting down and saying let everybody renegotiate the basis of continuing staying together as a nation. We proposed that the various nationalities should be regarded as autonomous regions, controlling their own affairs, their economy, their judiciary, their legislation, their defence forces, their police, etc and only relate to each other at an agreed level as you have in some countries; that is the way to go about it. Let the various ethnic groups build up and organise themselves and relate to others as neighbours, not a situation of one ethnic group taking all the apparatus of state powers or positions without minding the rest; treating the rest as if they were shits and taking over their lands arrogantly.

So, every nationality should brace up. What happened in Benue is a pointer and encouraging, as the people stood behind their governor to stop foreigners from taking over their lands. That is what other nationalities should do. If all of us do that there will be peace and respect.

You have mentioned ‘self determination’ which many people are scared of. Some interpret it to mean breakup of this country

What is wrong with breaking away? If you can’t stay together why not you stay alone; stay apart? At the beginning of this federation, the North wanted the principle of self determination, the principle of the right to secede, to be in the constitution, but Azikiwe, out of very vague idea of pan-Africanism, wanted a bigger and united country.

We should go back to that principle, which the northern elders had proposed. Each ethnic group should decide the way to go, and if they want to go, they should go, and no one can hold them back. That is what is required, and that is the principle. The East Africa Federation broke into separate nations––Kenya, Uganda and Tanzania. The West Indies Federation, now have Jamaica and Trinidad and Tobago.

Britain, which is an empire in its own land, the European Empire, has long reorganised themselves as separate nations. Why don’t we just do that and save ourselves the future, save the peoples who have been brought together by foreign powers.

Will all the nations survive if this happens?

With the attack on Senator Ekweremadu last weekend at Nuremberg, Germany by suspected members of IPOB, don’t you think that it will affect the unity of the Igbo nation?

It is the idle minds, idle forces, people who don’t have anything to say or contribute in the present struggle of our people, who are making mountain out of a molehill. Yes, what happened was condemnable; those chaps who disgraced Ekweremadu were wrong, they didn’t do the right thing. We have condemned them, but condemning them doesn’t mean we should take them to the gallows.

This kind of thing happens in many places; legislators, prime ministers have had rotten eggs and tomatoes thrown at them. There was a time President Trump was shielded from the anger of his people; if nobody shielded him they would have thrown rotten eggs at him.

Ekweremadu is a politician; he should be able to bear it. The lesson is that the people are angry; the lesson is that everybody should be talking about nothing more than security now. Security of lives and property of our people that is on the table now, and that is what is facing us. Protection of our people from invasion is what we are facing now, and this is a wakeup call for Igbo politicians.

What is your view on the composition of Buhari’s cabinet?

I’m not taking any interest in the cabinet. What is uppermost to me now is security summit in Igboland and not Buhari’s cabinet. The security summit is all about what happened in Benue State, how the people have rescued themselves from being tossed about.

It is for the people in their various formations, organisations, the churches, the town unions, the intellectual organisations, liberation movements, getting together to discuss how to save ourselves, how to partner with the government, how do we get the government to play a role in providing a legal framework for the people to save themselves. If it were possible let our neighbours who are tormenting us listen to the voice of reason and hear us. We don’t hate the Fulani, we don’t hate them, but do we sit down and allow them to take over our land with state powers? No, no, I don’t think it will go that way, and I don’t think it is possible.

We want to sit down and look at how to live at peace with our neighbours, including the Fulani. In living at peace with them is to tell them, leave us alone, don’t kill our people, don’t destroy our crops, don’t rape our women.

More in this category: « UAE woman files for divorce from her husband because he has showed her 'extreme love' Ekweremadu received by huge crowd in Enugu »

Nigerians to pay more for electricity from Wednesday

Coronavirus: Pastor Adeboye reveals those who will die

iROKOtv boss narrates how his 73-year-old mother with diabetes. almost died from coronavirus in UK

Oyo coronavirus index case now negative, back to his house

Lagos Coronavirus survivor breaks silence: I thought I was going to die - Osowobi 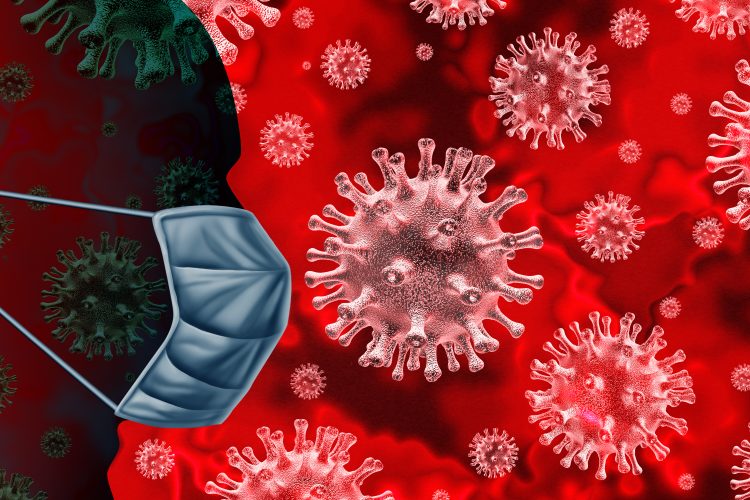 Nigerians to pay more for electricity from Wednesday

Coronavirus: Pastor Adeboye reveals those who will die

iROKOtv boss narrates how his 73-year-old mother with diabetes. almost died from coronavirus in UK

Oyo coronavirus index case now negative, back to his house

Lagos Coronavirus survivor breaks silence: I thought I was going to die - Osowobi 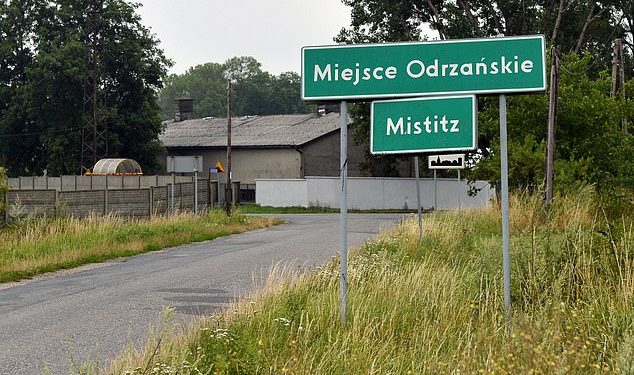