I was abused by my husband, says woman suicide survivor

Eberechi Praise Eze is a young and enterprising mother of one. She was once full of life, but on a recent Monday, she decided to take her own life and that of her son because of her abusive marriage, but was rescued by Awka residents, David-Chyddy Eleke reports

Eberechi’s friends on Facebook, who also knew her and the fact that she was involved in an abusive marriage began making frantic efforts to reach her. The panic was made even much by the fact that some minutes after she made the post and realised that friends had began a search for her, quickly deleted it and also put off her phone, making it impossible for anyone to reach her.

Among the first people to share a screenshot of the post, before she had deleted it was Mr Uche Nworah, Managing Director of Anambra Broadcasting Service who urged all to look out for her, promising that she will do well to get friends to give her a new lease of life.

Another Facebook user, Mrs Cynthia Raphaels who lives in Lagos also shared the suicide note, and reached out to friends in Anambra to go in search of her. The search from the young woman who is just 26 years old became frantic, just as lots of people pledged to contribute to her rehabilitation once she was found.

Before the end of the day, Raphaels made another Facebook post confirming that she had been traced to a primary healthcare centre in Okpuno, near Awka where some residents had taken her for treatment after she was rescued. Raphaels urged two young women who traced her to the health centre to remain with her all through the night and monitor her to ensure she doesn’t harm herself.

THISDAY went in search of the lady on Tuesday morning, but was told she had left the primary health centre, as she had been taken away by some unidentified people. Frantic search for her took THISDAY to ‘B’ division police station, where she had been taken to, and was found making entry.

Eberechi told a pathetic story of how tortuous her marriage to her husband, whose name she gave as Nonso Ndumanya has been. Looking very frail and speaking with a voice that can only be characterised by exhaustion, she said, “I have been in this police station before to report to them about the case of my husband. He is always beating me and also verbally abuses me too. This has been going on for too long, and I could not bear it”, she said.

Speaking further, Eberechi who is also a serving corps member said, “Last year, I told him(the husband) that I cannot continue to stay idle since I had not started serving. I told him I wanted to open a frozen food shop, we argued about it but he helped me rent a shop, and I have been managing it, but the abuse did not stop. Any time I come back from the shop, he will continue to beat me and verbally abuse me. My neighbours said I should stop talking to him or replying him anytime he shouts at me, and be taking care of my baby, and I did that, but it still did not stop him.”

She said the abuse was made worse by the fact that it was not only her husband who abused her, but his family also joined him. She said anytime any member of his family was in their house, they joined in abusing her.

On that Monday morning, she wrote on her Facebook timeline; “Soon I will die, and I will take my little man along. I won’t leave him to the suffering of verbal abuse, we will go to a place where there is peace unlimited. When I die, don’t write an epistle for me. When I die, I should be buried in my father’s house to avoid havoc. When I die, don’t cry, because all is well in life and death.”

She said she became so tired of the world and had to contemplate taking her life when her baby fell ill the week before, and it became worse and she begged her husband to drive her to the hospital at about 12am, but he retorted; “God forbid’. She said such reply pained her so much, and she had to call a commercial tricycle operator who took her and the baby to the hospital.

“On Monday too, I took ill and started shivering in the morning. I was feeling so bad, but my husband just sat and was discussing and laughing with his sister because he did not go to work, since it was a public holiday. I begged him to take me to hospital but he refused, so I called the tricycle operator. When the tricycle operator came, he locked the house and refused me to go out, it was then we started shouting and he said he wanted to use the key to open the back door. I know we had never opened the backdoor since we moved into the house, so it was while I was shouting at him that I passed out. It was the keke guy that took me to the hospital, it was at that point that I decided to end it all because I could not bear this any longer.”

Though she said she had not attempted suicide, but only contemplated doing so as the pains of continuing to live under such abuse was too much on her.

Meanwhile, THISDAY found that the abuse in her marriage did not just start. Though she said she had reported previous cases of battery to the police, it was learnt that thrice, she had returned to her parents, saying she can’t remain in the marriage, and thrice too, she had been sent back to her husband with the admonition that she must pray and do all she could to make her marriage work.

In April this year, Eberechi posted on her Facebook timeline what could be regarded as the lamentation of a frustrated woman. She said, “We live in a society where no one cares. You live in an abusive marriage, no one cares. Society, friends and relatives. They tell you to pray and endure while the assault is on the increase. You pack home and they tell you to go back and make your family work. Verbal abuse increase, you are called bad wife, bastard, you smell awful, you feel you made a 2.1 in school, come and get money for clearance. When family fails you because you are married, you damn the consequence, take a life and serve the jail term.”

Contrary to beliefs that Eberechi may have been unlucky to be married to an uncouth, uneducated and uncivil man, THISDAY findings revealed that her husband, Mr Nonso Ndumanya is a graduate of Nnamdi Azikiwe University and a staff of Ministry of Budget and Economic Planning. A source who begged not to be mentioned said that a first look at him was that of a gentleman, and that no one could think he would behave in such a way.

Attempt to reach Ndumanya on phone proved abortive, but a journalist who told THISDAY reporter that she had earlier spoken with Ndumanya said that he rebuffed her, asking her to go aheard with her publication as he had nothing to say. The journalist said, “He called me back shortly afterwards and asked me not to include his name in my report or he would press legal charges, but I just ignored him.”

The commissioner for women and children affairs, Mrs Ndidi Mezue who was also said to be interested in the welfare of the rescued lady was also not available to take calls when THISDAy put a call across to her.

Meanwhile, the young mother and her baby owing to the magnanimity of a good spirited Nigerian who answered the call of Mr Nworah to help the young lady, but who refused to have his name in print has moved Eberechi into an undisclosed hotel, pending when a permanent accommodation would be gotten for her. Eberechi who refused to return to her husband’s house said, “I do not want to go back to that marriage, must I die before I leave the marriage?” She opted to be found a different apartment, just as THISDAY gathered that efforts were being made to ensure she was set up independently.

As at the time of filling this report, THISDAY gathered that through the efforts of good spirited Nigerians, an agent has been engaged to find her an accommodation, just as plans were in the offing to set her up. Sources said some individuals were also working to find her a good job. Eberechi, a graduate of Nnamdi Azikiwe University from the Education department had reportedly made a 2.1 in school. 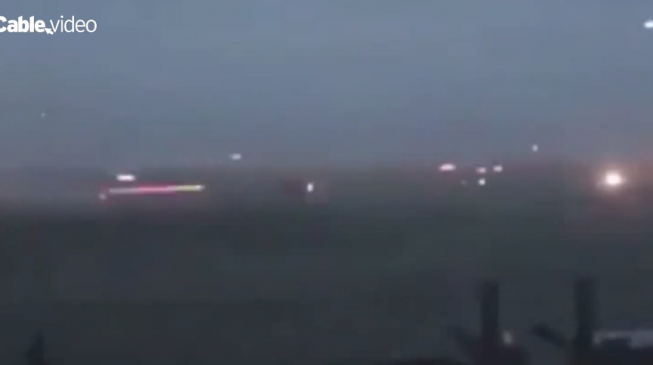