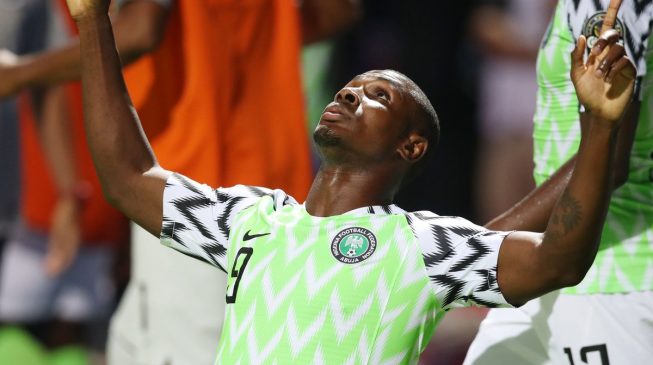 The Super Eagles star scored five goals in the 32nd edition of the African football showpiece in Egypt.

Ighalo becomes the second Eagles player, after late Rashidi Yekini to have won the golden boots award at the AFCON.

The Shanghai Shenhua of China star striker scored in the third minute of play in the third-place match between Nigeria and Tunisia on Wednesday night.

He scored a total of five goals at the 2019 AFCON.

He scored his debut AFCON goal in Nigeria’s first group B game against Burundi. He got himself on the scoresheet again with a brace in the 3-2 enthralling round of 16 match against Cameroon to bring his tally to three.

He scored his fourth on the spot in the 2-1 loss to Algeria in the semi-final.

Ighalo netted his fifth goal of the tournament in the third-place match against Tunisia to drift away in the race for the golden boot, two clear of his closest challengers Adam Ounas and Sadio Mane of Algeria and Senegal respectively.