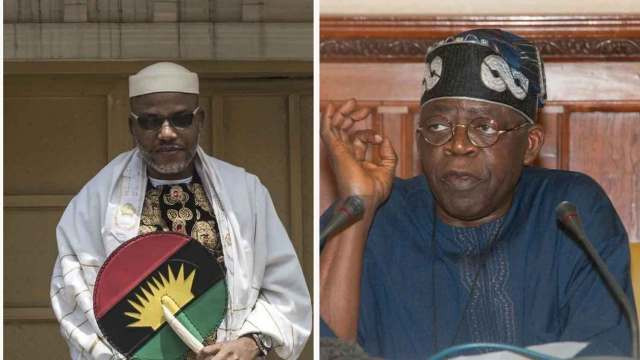 Nnamdi Kanu, the leader of the proscribed Indigenous People of Biafra IPOB, has slammed Bola Tinubu  of the All Progress Congress, APC, Asiwaju Bola Tinubu, over the comment he made during his condolence visit to the home of Afenifere leader, Pa Reuben Fasoranti.

Bola Tinubu during his visit on Sunday July 14th, berated those profiling Fulani herdsmen over the murder of Funke, daughter of Pa Fasoranti.  According to Tinubu, kidnapping is not peculiar to any ethnic group or a particular set of people, pointing out that Evans the notorious kidnapper arrested in Lagos in 2017, is an Igbo man and not a Fulani herdsman.

Reacting to his comment, Kanu in a statement he signed by himself, blasted the former governor for dragging the Igbo race in his attempt to defend the Fulanis. Kanu alleged that Tinubu's intention is to rubbish the Igbo race because of his alleged selfish presidential ambition.

“Tinubu, you cannot sacrifice the blood of your brethren on the shrine of your greed, conceit and unbridled 2023 presidential political ambition. You have disappointed and disgraced the noble Yoruba ancestry, by allowing your self-centred avarice and ego to stifle the aspirations and destiny of your people.

I must remind you today that your Fulani masters will never do for you what you are slavishly doing for them. You know in your heart of hearts that murderous Fulani herdsmen are culpable in the brutal murder of a Yoruba daughter and that Igbos had no hand in the Ore Highway Massacre. An influential Yoruba newspaper reported that nearby villagers, who are Yorubas, informed the police that the killer Fulani herdsmen have their base in a nearby forest.  These are eye witness account from Yoruba people living in the surrounding areas where the tragic incident occurred. Or are you saying the villagers can no longer distinguish between a gun-wielding Fulani terrorist and an Igbo man?

Your unguarded utterances only succeeded in doing more harm to the Fosaranti family, insulting the memory of their daughter and will be seen for what it is, an affront to the dignity of the Yoruba race. Do not behave like a Fulani Lackey!!! The fate of Afonja and loss of Illorin a Yoruba territory to the Fulani conquistadors in years gone by should have taught you and your likes a bitter historical lesson but it seems you are hell-bent on repeating the mistakes of the past. “Do not be devoid of shame, honour and dignity which are the hallmarks of a true statesman. The Fulani that you serve so foolishly will never shed one drop of Fulani blood for people like you. They will never concede “their” Presidency to a lewd unequal.”

“Have you ever wondered why no Yoruba Muslim including yourself, can never be allowed to lead a Jummat prayer in any mosque in the north? Because you, along with other Yoruba Muslim are not and can never be considered equal to your Fulani counterparts. “Is it not a shame that Yorubas like yourself submit to the authority of the Sultan of Sokoto as the supreme leader of Muslims in Nigeria in perpetuity, yet no Yoruba man will ever occupy that throne. So you see, you will remain their slave forever and ever. “Quislings in the service of Fulani Caliphate abound in Igboland too, but we continue to expose, ridicule and sanction them because we are ever conscious of the consequences of their actions on present and future generations. “The Fulani killing machine you serve so slavishly will continue to Taqiyya you and dangle the fruit of a false presidential promise.”

Cabals not controlling my government – Buhari

Coronavirus: Nigerian govt makes no plan for citizens in China

‘Nigeria on track to commence rice exportation by 2022’ - Minister

Surge in insecurity baffles me – Buhari

No company has been licenced to run okada services – Lagos Government

Mother and son get 12 years jailed term for duping American of ₦29.7million

Cabals not controlling my government – Buhari

Coronavirus: Nigerian govt makes no plan for citizens in China

‘Nigeria on track to commence rice exportation by 2022’ - Minister

Surge in insecurity baffles me – Buhari

No company has been licenced to run okada services – Lagos Government

Mother and son get 12 years jailed term for duping American of ₦29.7million 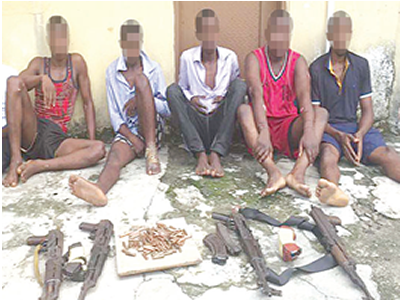 6 days of hell with kidnappers: We walked for hours, got beaten 3 times daily 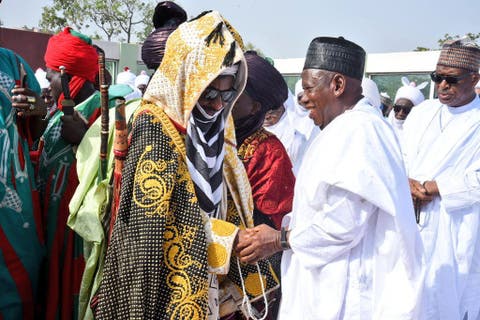 Outrage as Ganduje’s aide asks Emir Sanusi to shut up