Mr. Wale Tinubu, the chief executive of Oando Plc, and his deputy, Mofe Boyo, must be squirming uncomfortably in their underwear.

Despite their attempt to turn the consequential but partial award of the London Court of International Arbitration (LCIA) on its head, it was abundantly clear that the declaration of the arbitration tribunal consisting of Mr. Harry Matovu, QC, Prof. Marco Frigessi di Rattalma and Mr. David Mildon, QC, was unequivocal in its pronouncement that Ocean and Oil Development Partners, a firm registered in the British Virgin Islands (OODP BVI), is indebted to Ansbury Investments Inc. to the tune of $600 million while Whitmore Asset Management Limited is indebted to the Ansbury to the tune of $80 million.

Both sums make up the shareholder loans given by Ansbury to OODP BVI and Whitmore for the acquisition and exploitation of ConocoPhillips’ upstream assets in Nigeria.

For the benefit of readers, Ansbury, a single purpose investment vehicle incorporated in Panama and owned by the family trusts set up by an Italian-Nigerian businessman, Mr. Gabriele Volpi, entered into a contractual relationship with Whitmore, a BVI registered company owned by Tinubu and Boyo, on June 17, 2013. The objective was to set up a joint venture to raise funds for the acquisition of ConocoPhillips’ upstream assets in Nigeria valued at $1.5 billion.

The contractual relationship between Ansbury and Whitmore led to the incorporation of a joint venture vehicle, OODP BVI. By way of shareholder loans provided solely by Ansbury to OODP BVI in the sum of $600 million and to Whitmore in the sum of $80 million, the equity in the venture (OODP BVI) was agreed to be held as to approximately 60% by Ansbury and approximately 40% by Whitmore. The JV OODP BVI itself owns all but one of the shares (99.99%) in OODP Nigeria Limited, which in itself owns 55.96% of Oando. Other investors own the balance of 44.04% of Oando.

The agreement between Ansbury and Whitmore provided for the repayment of the shareholder loans on January 1, 2018. However, Ansbury, perhaps, fearful of the mismanagement of Oando Plc and the loss of the loans that it had extended to Whitmore and OODP BVI which owns 99.99% of OODP Nigeria which also owns 55.96% of Oando Plc, prematurely demanded for the repayment of its shareholder loans on March 11, 2017.

The premature demand, plus claims by Whitmore that there existed an unsigned Fourth Amended and Restated Shareholders’ Agreement that provides for the transfer of 20% of the shares in OODP BVI to Whitmore, such that that the parties’ respective equity shares in OODP BVI would switch to 60% for Whitmore and 40% for Ansbury; and an alleged oral agreement between the parties to extend the repayment of the shareholder loans to January 1, 2020, form the nucleus of the dispute between Volpi and Tinubu-Boyo.

Having sifted through voluminous documents provided by Ansbury and Whitmore and listened to their claims and counter-claims, the arbitration tribunal was unambiguous when it declared on July 6, 2018 that the Third Shareholders’ Agreement (SHA) between the parties was binding, the Fourth SHA never became effective, Whitmore was in breach of the repayment obligations stated in the First Loan Agreement for $80 million, the alleged oral agreement to switch the parties’ respective shareholding in OODP BVI was not binding on the parties, and Ansbury was and remains estopped from claiming repayment of the any of the loans prior to January 1, 2018.

Despite the clear-cut ruling, Oando, through its chief compliance officer and company secretary, Ms. Ayotola Jagun, was quick to assert that based on the shareholding structure of OODP BVI, Volpi would in fact be paying himself $360 million. How? There could be nothing further from the truth.

First and foremost, there is a clear distinction between the share capital injected into a company by an investor in exchange for shares in the company and the injection of a shareholder loan to a company, which is also treated as equity. While the former is expected to be held by the shareholder in perpetuity and may be increased or reduced through fresh capital injections or by sale of shares, the latter is expected to be repaid with low or deferred interest payments.

There was nothing in the shareholders’ agreement that suggested that the injection of $600 million by Ansbury into OODP BVI and $80 million into Whitmore were anything other than loans.

It must be added that the shareholder loans provided by Ansbury were the ideal debt-financing structure in managing the leveraged buyout of ConocoPhillips’ upstream assets and should not have been trifled with by Tinubu and Boyo. Had Volpi not come to their aid, it would have been next to impossible for them to achieve their dream of turning Oando into a full-fledged integrated energy firm.

Second, it will be foolhardy for Oando to continue to maintain that it is not indebted to Ansbury or that the latter is not a shareholder in Oando.

Insofar as OODP BVI and Whitmore remain indebted to Ansbury, there is nothing stopping Volpi’s firm from converting its loans into equity, and assuming full control of OODP BVI. Should this happen, Tinubu and Boyo would have no direct or indirect claim on Oando and would have to kiss the company goodbye.

Even if we were to buy the argument by Oando that Ansbury is not a shareholder in the Nigerian energy firm with dual listing on the Nigerian and Johannesburg Stock Exchanges, the same principle would ring true for Whitmore – jointly owned by Tinubu and Boyo. Indeed the view in the market is that Tinubu and Boyo, having long sold their residual direct interests in Oando, may indeed be the real interlopers.

Another concern should be the final award of the London tribunal, which is yet to determine the payment terms, timeframe, the interest payments on the unpaid loans, and costs. Having reserved its jurisdiction to order the repayment of the loans owed Ansbury, Tinubu and Boyo have no option than to scurry to the table and agree on a repayment plan with Volpi.

As things stand, it is not just the ownership of Oando that is at stake, but all their personal assets in the United Kingdom, Nigeria and in other jurisdictions that could be seized to repay the debt.

Add to this the forensic audit of Oando, which the company in cahoots with the Securities and Exchange Commission (SEC) and the Ministry of Finance, have attempted to sweep under the carpet, it will take a miracle for Tinubu and Boyo to wriggle out of their ordeal unscathed.

This article was originally published as a back page column in ThisDay, Nigeria, July 24, 2018. 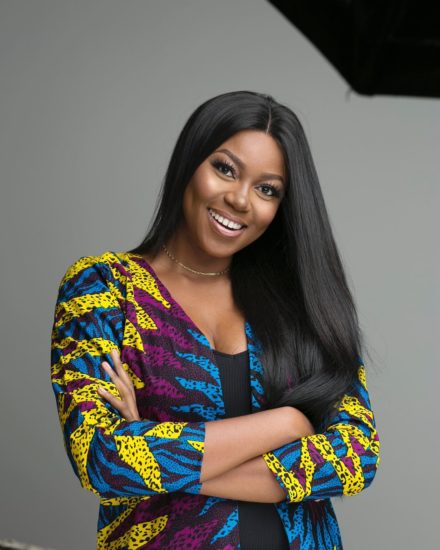 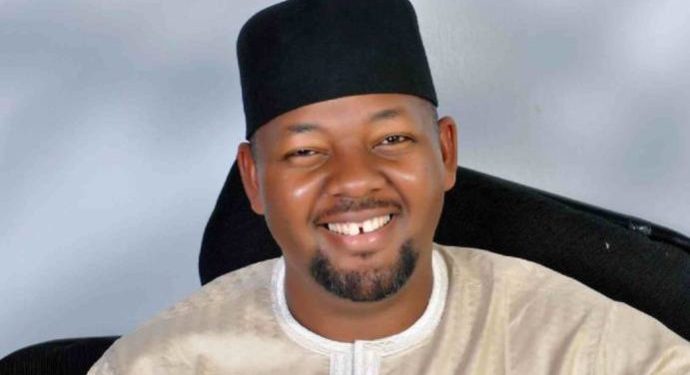