One report which we don’t need United Nations, World Bank, International Labour Organisation, ILO, or any other global or domestic organisation to render is the one about who is our largest employer of labour at this point in time in our history. By a wide margin, the king of darkness is now finding work for more people, old and young, male or female, Christian, Muslim or any other religion, North and South, irrespective of ethnic group than any other employer of labour.

For all we know, Satan might even be engaging more Nigerians, including those supposedly employed by governments, Federal, States and Local Governments put together. President Muhammadu Buhari, Governors and Organised Private Sector, OPS, delude themselves thinking that they hold the keys to job creation. Increasingly, individually and collectively, they have lost the initiative. Lucifer has taken over and his workers are now destroying what the others have built or are building. Surprised? Wait for the evidence.

As usual, a pertinent diversion is necessary. The Labour sector, led by Nigeria Labour Congress, NLC, who have assumed that all will be well with “workers” once the Minimum Wage is implemented, fail to recognise the fact that most other “workers” in Nigeria today are not their members. These other “workers” are not engaged by governments at all levels or by the OPS. They don’t even work for the legitimate un-organised Small and Medium Scale Enterprises or mini-ventures. They are all self-employed – a vast number in “businesses” which individually and collectively threaten to bring down the country – irrespective of who is President. Kidnapping, cattle rustling and banditry are the most lucrative of violent crimes now.

That last sentence is necessary because All Progressive Congress, APC, and Mr Buhari’s team of spokesmen, usually myopic, might regard this as an attack on their party and President. In reality, the factors which have turned Nigeria into the “Devil’s workshop” preceded Buhari; they have built up power for at least thirty years and have only accelerated since 2015 without any discernible attempt to arrest the headlong crash into a national catastrophe.

I am delighted that since the article FROM BEGGING TO BANDITRY: A REVOLT OF THE ALMAJIRIS was published a few weeks ago, more Nigerians, especially Northerners, are now openly acknowledging the fact of revolt by the “Have-nots” who are no longer prepared to beg for and receive actual crumbs from the “Have” in Nigeria. They are now demanding, usually from position of strength and empowered by weapons, for their own share of the “national cake”. They are not waiting for the politicians, or the NLC or Non-Government Organisations, NGOs, to persuade political and business leaders to re-distribute wealth. They are doing it through violence. I was shocked to know how much a Senator paid to rescue a close relative kidnapped by Satan’s workers. He was not alone; and will not be the last. That is not a curse; it is a statement of fact – irrespective of what your Pastor or Imam tells you.

“Power comes from the barrels of a gun.” - Anonymous

Or a machete or any other weapon which threatens life and well-being. The “Have-nots” in Nigeria are waking up to the fact that the wealthy are insecure and mortally afraid. So Lucifer’s army has acquired more weapons than the Nigerian Army, Navy, Air Force, Police, DSS and Civil Defence put together. The rich and poor have also suddenly realised that Nigeria’s security forces – Army, Navy, Air Force, Police, DSS etc are now “Paper Tigers” – that they only terrify unarmed civilians. Face to face with well-armed criminals they are not always as tough as they appear to be. Some get killed; other run for dear life; few have the heart for continuous combat. Arrayed against them are the staff of the Devil Incorporated – idle people with no present or future and nothing to lose. It is an unequal contest. Millions of Nigerians are now in this category of “workers” who are no longer taking the “wait and see” attitude about all the governments’ plans to create jobs for them.

They no longer wait because they have seen enough. They now seek power from the possession of weapons. Anybody who thinks the situation will soon correct itself needs to have his head examined. And, it is a nationwide problem. Only now, the epicentre of the storm of violent re-distribution of wealth has shifted more to the North – where the docility of the masses, the almajiris, have for long been taken for granted. Feudalism existed and still exists, in every zone of Nigeria, but its impact on the masses had been strongest in the North where it was also closely allied with religion. The leaders have taken for themselves what they wanted and handed the crumbs to the rest. Today, a District Head is at risk of being kidnapped.

That attitude has inexplicably found its way into the South under the Presidential system of government. Presidents and Governors, and even Local Government Chairmen, since 1979, have treated their domains the way pirates dealt with occupants of a captured ship – mercilessly. Corruption under Shagari’s administration from 1979 to 1983 established the template for what we now are battling with right now. And, the criminal waste of our oil revenue by governors at that time landed us in the debt trap we were able to escape in 2004 under Obasanjo. We are now in another debt trap.

With each passing year, Nigeria gradually increased its number of unemployed youths and sank deeper into poverty. Presidents and Governors became increasingly unaccountable to the people. Political parties became conspiracies to seize the Federal and State treasuries and loot them.

Meanwhile, the population increased. More schools and universities were established; more graduates were released to a shrinking job market while lip service was paid to job creation. We are now reaping the harvests of criminal neglect by all former leaders at all levels. Most likely if a forensic audit of all public accounts is undertaken, no single President or Governor will be completely exonerated. The jobs we refused to create for Nigerians are now being offered by the Devil to the idle hands we have created.

A revolution has occurred and it is difficult at the moment to determine when it began. But, Nigeria’s fastest growing job sectors – kidnapping, banditry, armed robbery, cattle rustling, Boko Haram invasion and herdsmen atrocities have turned the notion of how to succeed in business on its head. Customer satisfaction was universally recognised as the basis of all great business enterprises. Not any more; in the sectors now engaging millions of Nigerian youths, fear is the key. Reading the confessional statements of virtually all the suspects arrested one finds a common thread. They scare the daylights out of their victims and force them to “cooperate” for dear life – usually with a weapon as the enforcer.

The Senator who spoke to me, as well as other victims, have painted a picture of how the element of fear in society had been turned on its head by the criminals. Hitherto, the poor feared the more privileged members of society. To some extent they still do. But, now, fear has become situational. With weapons now readily available in hand, the affluent now experience fear.

The Senator’s female “relative” recalled how after being abducted, she was so thoroughly humiliated and made to do things which up to that time she would have regarded as impossible by her captors who were mostly in rags. She was not alone. She was in company of other well-dressed individuals and who exhibited all the signs of affluence. They were made to address their ill-clad abductors as “Oga” – or else. She was so traumatised she now occasionally calls the gateman “Oga”. Today, not a day passes without the report of another outrage by armed men, and sometimes women, in one part of Nigeria or another.

Unarmed Satan’s workers also run into millions in the country now. These include drug dealers and cybercriminals. As Nigerian universities now annually send out close to half a million graduates and polytechnics also offload their cargo, ninety-nine per cent of them will become unemployed for years to come. Many drift into crime. The favourites are addictive drug peddling and cybercrime. Most Computer Science graduates end up as Yahoo boys. The others loot private and corporate accounts or indulge in ATM card fraud. It is difficult to guess the number of young men and women who are into drug dealing, Yahoo and cybercrime. But, if one bears in mind that “Man must whack”, then it is easy to understand how so many unemployed young people in one’s neighbourhood get to “Whack”. Suicide is not an option for most of them, and they commit atrocities at the expense of a country which has failed to take them into account.

Personally, there would have been nothing to worry about if the politicians alone commit voluntary euthanasia. The problem is, they are taking the rest of us down with them by creating vast numbers of hoodlums every four years. In 2008, in an article titled STALWART, CRIMINAL OR MILITANT, I had pointed out how Nigerian politicians, irrespective of political party, create more criminals every four years. They recruit jobless boys; tag them “party stalwarts”, arm them with dangerous weapons and addictive drugs; get them released by the Police irrespective of crimes committed when apprehended; pay them well until election day; then discard them after the election without retrieving the weapons. And, every four years there is an increase in violent crimes after the elections.

Appetite grows with eating. After tasting some of the good life, the former stalwarts never want to return to gari and groundnuts washed down with pure water. They want more and they have guns. The 2019 set of former stalwarts is now following the footsteps of their predecessors. But, the old game has a new twist to it. Whereas in the past they went after poor and middle-class people, now they are targeting the rich. And, there are more of them on the hunt. So, if there is any doubt regarding how the unemployed young man in the neighbourhood is getting the money to procure that fancy car and dress gorgeously, then, consider crime as the answer to the riddle. Most probably he has secured employment with Satan – Nigeria’s largest and busiest employer of labour right now. 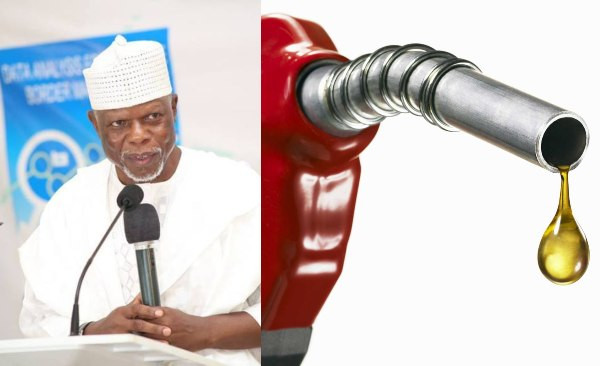