This is in light of UNICEF and the state government’s Cash Transfer Programme (CTP), which is attracting massive enrolment from families in the community. It is equally posing enormous challenges on the school’s infrastructure.

Currently, due to the influx of pupils, classes are sometimes conducted under a tree, an investigation reveals.

There are about three other schools in the community, but Rafin Giwa appears to be a top choice for parents sending their wards to school. It is also where cash is disbursed to such parents by government officials.

Our correspondent recently visited the community, which is about 30 minutes drive from the state capital. It is situated in Suru LGA.

In one of the classrooms, 12-year-old Hassana Aliyu, who is in Primary 6, expressed her delight at being in school, courtesy of the government.

She said the cash transfer programme had changed her entire life.

”I left school two years ago when I was in primary four because there was no one to pay my fees. I started selling food for my mother since then,” she said.

Ms Hassanah said she wants to become a medical doctor and will love to go to a higher institution’.

”I came back to school last year, and I joined my friends in primary six because they are all in primary four,” she said.

Outside the classroom, about 200 pupils received lessons under an acacia tree in the hot afternoon.

The school, with 774 pupils was established in 1976, and is presently not able to accommodate the increasing number of fresh intakes.

Worse, the school has only six teachers. It has three blocks with six classrooms, which cannot cater for the pupils.

Most of the primary one and two pupils, who are between age seven and nine, said in the local language, Hausa, that they were happy to be in school.

“We would have been hawking if we are not in school by now. We also have books, pencils, uniform, socks and sandals too,” Musa Gulma, the labour maayter quoted some of the children as saying.

Mr Gulma said the only challenge of the cash programme is that ”it needs adequate monitoring.”

“Some parents still collect the money, and their wards are not in school, it is worrisome,” he said.

Speaking with our correspondent, head teacher of Rafin Giwa school, Kabiru Shehu, said the block of classrooms for Primary one and two collapsed in 2017.

”Since then we have to shuffle the pupils between a class and under the tree,” he said.

According to him, ”we usually merge class one and two and put them in Education Child Development Centre (ECDC) during harmattan and rainy season. They only sit under the tree during the normal weather.

“The only way we can separate them to learn their curriculum is using the shades. Class one alone is more than 150 pupils,” he explained.

He said the school had informed the authorities since the incident happened, ”and they promised to construct a new block of classrooms.”

“We have six teachers, two are female, while the remaining four are male. Once in a while, we get volunteers to assist us,” he said.

Aside from serving as a place for formal education of kids in the community, the school ground is also a meeting point for parents who gather there to receive the cash transfer from UNICEF.

Our correspondent also visited Kawara Model Primary School, which was established in 1968.

Headmaster of the school, Labaran Falke, said he was helpless especially in the face of challenges of lack of teachers and infrastructure the school is confronted with.

”We don’t have enough chairs, most of the furniture we have are broken. We also need more classrooms and the fencing of the school is another problem we are facing.

“Our pupils in classes five and six are all in one classroom. We divided them into three, one group learns in the class and two other groups learn under the tree,” Mr Falke said.

Mr Falke expressed worry that the absence of facilities like furniture and additional classrooms may discourage pupils from been retained in school despite the government largesse.

“Before the CTP, our pupils were less than 300 but since UNICEF people brought this programme, the enrolment increased to 667 pupils. We suddenly began to face the problems of space and where to put them (pupils). The teachers are only nine with one female teacher. All of these can make them (pupils) stop coming,” he added.

The CTP, initiated by UNICEF, is part of the component of Educate A Child which is a funding window to reduce the number of out-of-school children in Katsina, Kebbi, Sokoto and Zamfara states by 2020.

The components, according to UNICEF, include the cash transfer programme in addition to other grant opportunities.

The cash transfer programme is targeting over 501,749 out-of-school children, who are not above 12-year-old, in the four Northern Nigerian states with the highest number of such children.

A survey by UNICEF and the federal government showed that the population of these children has risen from 10.5 million to 13.2 million.

Nigeria is ranked as having the highest number of out-of-school children in the world.

Speaking with our correspondent, CTP coordinator in Kebbi State, Isah Usman, said over 31,000 pupils in the state are currently being paid N8,000 every academic term to encourage learning.

He said the money is being paid to mothers of the pupil, who are referred to as caregivers.

“Mothers are being given the money as caregivers, we know they have the attitude to turn the money into small scale business and in turn support and sustain their children in school,” he said.

Thirty five-year-old Aisha Ibrahim, on queue in the school to receive her cash when our reporter visited, said she uses the N8000 received (per term) to sell corn meal popularly known as ‘tuwo masara’ in Hausa.

“This money has helped me to invest in my business, and I can cater to my children. Only one of my child is a beneficiary. So I use the money to buy uniforms, socks, and I give them food. I am very happy now,” she said.

Similarly, Hauwa Jibrin, said two of her kids are beneficiaries. She said she invests the money on livestock rearing, takes care of her children and gives some to her husband.

Ahmed Kwakware, a jewellery seller and father of five children, said all his children are beneficiaries. He said the ”money had created a bond between families.”

“As you can see me, I escorted my wives to collect the money. I have two wives, and they have been investing well with the money and my children are happy,” he said.

When asked if he collects the money from his wives, Mr Kwakware said no, ”but they have (wives) been so supportive.”

Village head of Kwakware community popularly referred to as Hakimi Kwakware, Aliyu Maiarewa, said the grants had improved the enrolment and retention of pupils in school.

“Every morning, children are well dressed for school. You see them on the streets going to schools. They are happy with the money and that when they get back, their parents will have food for them. We are grateful for the help and may God bless them,” he said.

He, however, appealed to the government to assist the school by building more classrooms and sending more teachers.

According to him, the facilities have been overstretched by the increased enrolment of pupils as a result of the cash transfer programme.

‘We are aware of challenges’

Local government education secretary of Suru LGA, Kabiru Maikwari, said ”the attendance in the school was not up to 40 per cent before CTP was introduced, but it has increased to 75 per cent.”

“The enrolment was low when the parents were the ones taking care of the children. You can see them wearing uniforms, socks, exercise books, there is an improvement. Before in a family, only one child comes to school, but now we have up to seven children from a family,” he said.

He said the reason for children studying under the tree was the increased enrolment.

“Now the classes are filling up, and we had to put the pupils under the shade,” he said

Similarly, commissioner of education, Kebbi State, Muhammad Aliero, said the number of out-of-school-children would reduce ”with the new interventions in place.”

”Before the cash transfer programme, only a few schools had full attendance, but now, enrolment had increased in the three local governments that enjoy the programme,” he said.

”Currently, Kebbi State spends N280 million on feeding. We have built 40 nomadic schools. We have identified 504 Almajiri Islamic schools. We will do the necessary renovation for them, and we will make sure that we send Mathematics and English teachers to them,” he said.

He said the state government was planning to introduce more interventions. 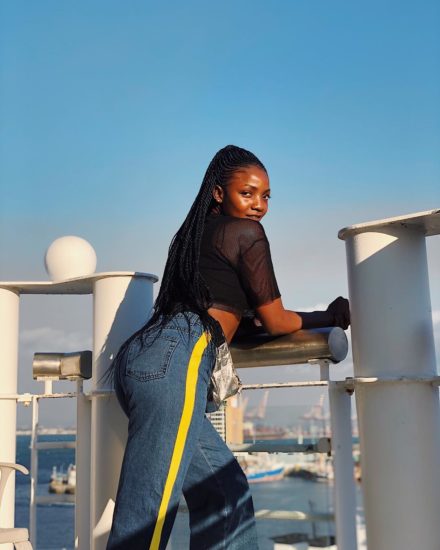