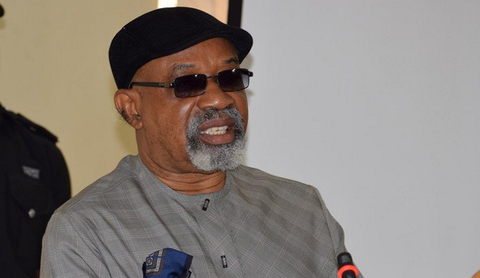 The Nigerian Medical Association, the National Association of Resident Doctors, the Socio-Economic Right and Accountability Project and human rights groups on Wednesday took a swipe at the Minister of Labour and Employment, Dr Chris Ngige, over his comment that the country had enough medical doctors.

Ngige, had on Channels Television’s Sunrise Daily on Wednesday, said doctors who felt they wanted to relocate in search of greener pastures were free to do so as the nation had enough medical personnel.

Ngige had, while responding to a question on brain drain and the deliberate recruitment of Nigerian doctors by foreign embassies in Nigeria, said there was nothing wrong with doctors leaving the country as they would continue to send foreign exchange home which would, in turn, grow the economy.

He said, “No, I am not worried (about doctors leaving the country). We have surplus. If you have surplus, you export. It happened some years ago here. I was taught chemistry and biology by Indian teachers in my secondary school days.

“Who says we don’t have enough doctors? We have more than enough. You can quote me. There is nothing wrong in them travelling out. When they go abroad, they earn money and send it back home here. Yes, we have foreign exchange earnings from them and not just oil.”

When asked if he was sure of what he was saying, the minister said it was good for doctors to travel out as they would receive training from abroad and open up medical centres in Nigeria.

“Will you call that brain drain? I know a couple of them who practise abroad but set up medical centres back home. They have scanners and magnetic resonance imaging, which even the government cannot maintain. So, I don’t see any loss,” he said.

But in separate interviews with our correspondents, the NMA president, Dr Francis Faduyile and his NARD counterpart, Dr Segun Olaopa, said Ngige did not have the knowledge of the World Health Organisation’s recommendation on doctor-patient ratio.

The NMA president said Nigeria had no enough doctors, stressing the need to ensure the country retained its medical personnel.

Faduyile said Nigeria fell behind in the WHO’s doctor/patient ratio recommendation, while questioning the minister’s understanding of the health sector challenges.

He said, “That is an unfortunate statement which shows that he has done nothing in medical practice. The WHO stated that for optimal health care to be achieved, we need doctor/patient ratio of one to 600. In Nigeria, we have 40,000 doctors taking care of 200 million people.

“It is unfortunate; we do not have enough doctors. Maybe he is looking at the monetary part but there is the opportunity cost. He says it will generate revenue when the doctors bring back money. But that is coming at the expense of our people that are dying daily because of lack of facilities in the health sector to take care of simple ailments and complex ones like cancer.

“Nigeria has a maternal mortality rate that is about the highest in the world. To correct it, we need more health professionals around. Now that Ngige says they are free to go, it means that he missed the point. Africa’s head of states met in Abuja and declared that at least 15 per cent of annual budgets should go to the health sector. Nigeria has never gone beyond six per cent since 2001. The current budget gives about 3.8 per cent to health. You can see that Nigeria has no interest in taking care of its citizens.”

The NMA president alleged that in some states, doctors had not been paid for 10 months while in others; the total number of doctors employed was less than 40.

He added, “There are states that have not employed doctors. We have states that have fewer than 50 doctors in their health sector and some have not paid doctors for 10 months. There is a state where over 80 doctors resigned because the state did not take care of their welfare.

“The populace is docile and that is why someone will come out and say we have more than enough doctors. It will take Nigeria 15 years to have adequate number of doctors and that is if none of them leaves the country.”

Faduyile stated that Nigeria had one of the highest infant mortality rate in the world.

“We have one of the highest maternal mortality rate. Our life expectancy is one of the lowest among the comity of nations. These are the direct effect of poor health care management,” he stated.

The NARD president, Olaopa, said Ngige spoke as a politician, adding that the nation would continue to lose doctors with advanced medical training.

He said, “Nigeria continues to lose doctors to other countries across all levels but the worst hit are those with advanced medical training who are required to use the national investment and training for the betterment of the populace.

“Does the minister even know the number of doctors in Nigeria or when was the last time he was involved in the provider end of health care? Such statement as this from handlers of the Federal Government makes you to wonder if the government is truly committed to solving problems of inadequate manpower in the health sector. Doctors overwork themselves even in urban setting let alone the non-availability of medical personnel in the rural areas.

“The minister is totally ignorant of the health system situation in Nigeria and it is unfortunate that someone who should know would make such a spurious pronouncement on national television. He spoke as a politician and nothing more. And we strongly doubt he represents the views of his paymasters.”

“It is sad that somebody of his calibre will try to go to that extent of covering up a large degree of incompetence of not doing proper diligence. It shows that he does not even have the number of registered medical doctors practising in Nigeria.

“It is unfortunate that many of our politicians are used to urban lifestyles. They don’t know what is happening in the rural areas and they only pay lip service to health care development in Nigeria. It means we are not ready to identify the problems that we have in the health sector let alone providing solutions to them. Every time, doctors are stressing themselves out because we don’t have enough equipment and manpower.

“He spoke as a politician who does not know what is happening in the country. The doctors we are losing are not fresh doctors but specialists. That means that Nigeria will continue to battle with the shortage of specialist doctors.”

Ngige is wrong, we don’t have enough doctors – MDCAN

Also, the National President, Medical and Dental Consultants Association of Nigeria, Prof Ngim Ngim, in an interview with The PUNCH, said Ngige was wrong about Nigeria having enough doctors.

He said, “I don’t know what must have informed the minister’s opinion, but the doctor: patient ratio in Nigeria is still far below the WHO recommendation. In as much as anybody has the right to travel out of the country, the government must put measures in place to give enough medical manpower in the country to take care of the population.

“Brain drain in the health sector is a big problem in the country; Nigeria does not have enough doctors, all efforts must, therefore, be made to keep the ones that are still in the country.”

He said, “Let us take it one after the other. Everyone has a legal right to travel and work in any country that he or she wishes. But the minister should be asked; if he says we have sufficient medical doctors in Nigeria, he should tell us the areas of specialisation he means. Is it in the area of surgery or what is he telling us?

“This is because we know that Nigerians go on medical tourism and the basis they use for it is because there are no specialised doctors in those areas.

“What we should ask the minister is that in what areas of health is he saying that we have surplus medical doctors? If it is not in the critical areas of human health and Nigerians are forced to go abroad to seek treatments, then there is a problem.”

While commenting on the effect of the minister’s statement on Nigerians’ right to health, the President of the Joint National Association of Persons with Disabilities, Ekaete Umoh, said the minister was wrong.

She said, “The minister did not do well. He should have tried to understand why the doctors are leaving. People have the right to move but if they are leaving in large numbers, we should be concerned.

“If they are leaving because we don’t have the infrastructure and if they are frustrated, that is a big problem for Nigeria. If you underfund the health sector, it is a big problem. A lot of the doctors would have loved to wait but they cannot practise under a difficult situation, Ngige should be worried. Do we have enough experts and specialists? We are losing.”

In a related development, the Speaker of the House of Representatives, Yakubu Dogara, has decried the high rate of foreign medical trips by Nigerians.

He called for total overhauling of the health sector to allow for efficiency.

Speaking at a public hearing organised by the House Committee on Health on two bills at the National Assembly in Abuja on Wednesday, Dogara stated that the attendant brain drain in the heath sector was becoming worrisome and called for a quick intervention.

Dogara said, “The ultimate aim of this legislation is to ensure that we have a more efficient service delivery in the health sector. There is a compelling need for us to overhaul our health sector in view of the continuous public outcry against our defective health care delivery.

“The high number of Nigerians who go on foreign medical trips and the brain drain that we witness among our professionals in the sector are indications that our health sector requires a serious surgical operation.”