Some young female candidates who contested in the just concluded 2019 general elections have narrated their experiences while contesting for the different political offices.

The candidates said the lack of funds, poor party structure, and ‘stereotyping’ were among some of the challenges they faced. They urged the incoming 9th National Assembly to work on the gender equality bill.

They spoke at a programme organised by the Centre of Legislative Engagement of YIAGA Africa on Monday in Abuja.

Favour Tomomewo, an elected member of the Ondo State House of Assembly under the platform of the All Progressives Congress (APC) and representing Ilaje Constituency 2, said her emergence was as a result of hard work and ”the assistance of the men in her constituency.”

”I worked hard morning and night. I broke the protocols. I related with the men in my constituency, and I happen to be the first female to be elected in the history of my local government,” Ms Tomomewo said.

“The culture and traditional belief are not suitable for women but with the help of God and young men, (it is possible) for the idea of women inclusion.

”Some of my challenges were my fellow women, financial issues, power tussle and the ‘game of the influential”’, she added.

Onyechere Adaora, 35, a TV host and gender activist, is also an elected member of the Imo state House of Assembly.

Representing Okigwe consistency under the platform of Action Alliance, she urged women to look out for alternative parties, ”not the big parties.”

”For the campaigns, a lot of women had difficulties in presenting what exactly the vision was even though they had the intentions and we saw that. I urge them to go back to reorganise,” she said.

”At the end of the day, we might have 12 million women running, and 12 of them might not emerge. What I would charge women with is how we can profile within an organised body so the best of the best can come out,” she added.

She said ‘the gender policy is still lacking, most of the women do not understand this.”

She said the issues of vote buying and election interference by religious and tradition rulers marred the electoral process.

”My challenges are all about the riverine area,” she said.

“There are a lot of issues that surround the area. When going there, you would have to take a boat and these communities are off different locations, not located one place and that was one major challenge.

”Also, those places are still far behind. There is no light, no good education, health centres. It’s like dealing with people in their world. Most times, when it comes to politics, the politicians forget those in the creeks and concentrate on those who live in the city,” she said.

Ms Ato faulted the ‘roles’ traditional and religious rulers played during the electoral process. She said ”their influences affected the decisions of the electorates on the day of the election”.

”I also had another challenge of community rulers and religious leaders as they would just come out on the day of the election and decide that ‘this is who we are going to be working for and it becomes final,” she said. She also said vote-buying marred the process.

Umar Zainab, 26, from Kombotso Constituency contested for a seat in the Kano State House of Assembly on the platform of the New Progressive Movement (NPM).

”I once contested for councilorship in 2017 and 2019 under the platform of New Progressive Movement NPM, but I lost the elections,” Ms Zainab said.

”But I can say the experience was very tough and sometimes you go into something just to get other things such as going into the pool as one of the youngest that contested in the 2019 general elections. I ran at the age of 26 years old.

”In my constituency, there has never been a female representative. I was one of the first females to run,” she said.

”I think the National Assembly must also ensure that the affirmative action is implemented by the executive. We have the national gender policy that said 35 per cent (of leaders) must be women,” Ms Bakare said.

”And we also think that every political stakeholder must take intentional steps to ensure that there is an enabling environment for women to thrive,” she added. 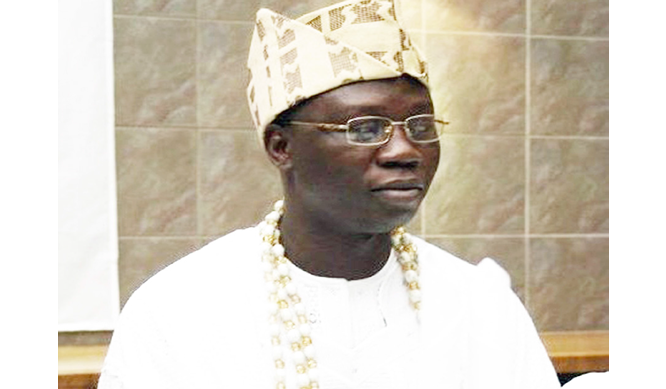