A fuel tanker fell and spilled its contents in Yola, the Adamawa State capital, on Monday morning, resulting in an inferno which consumed shops around the neighbourhood.

The incident caused a huge traffic gridlock at the busy Mai Doki Roundabout in Jimeta where the incident occurred.

Witnesses said the fully-loaded petrol tanker fell on its side, spilling its contents, causing what they described as a ‘massive inferno’ around 7am.

They said it took firefighters from the state fire service and other organisations to stop the inferno from doing more damage.

Policemen and men of the Federal Road Safety Corps (FRSC) also had to mobilise to the scene to restore public order and manage traffic flow.

Firefighters and men of the FRSC were on hand to lift the wreckage of the tanker off the road using a motorised crane. 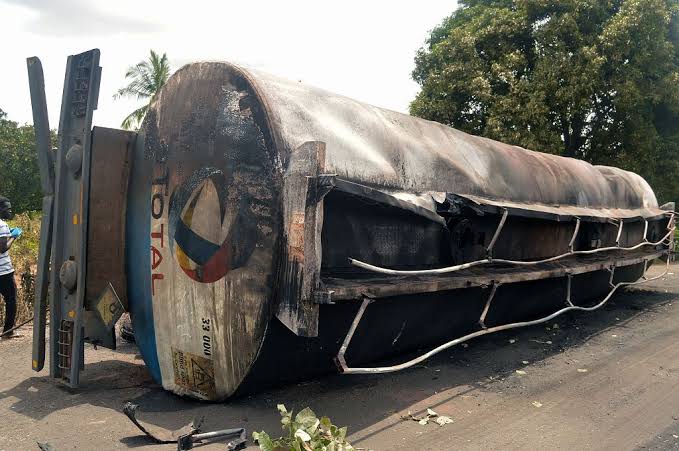 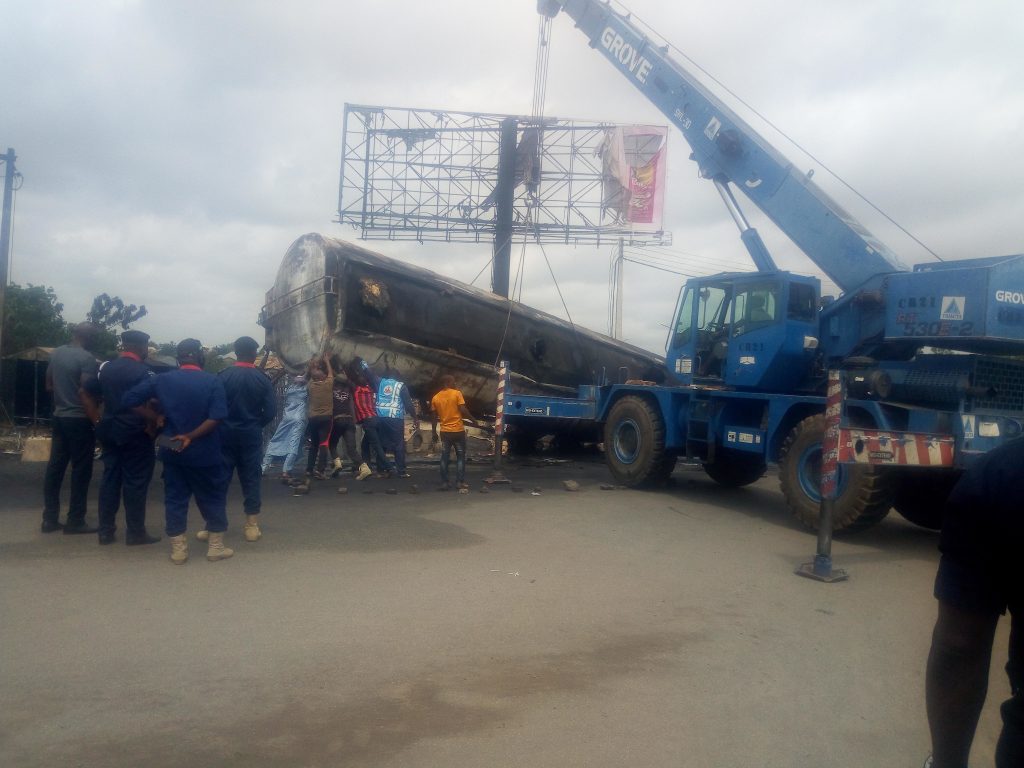 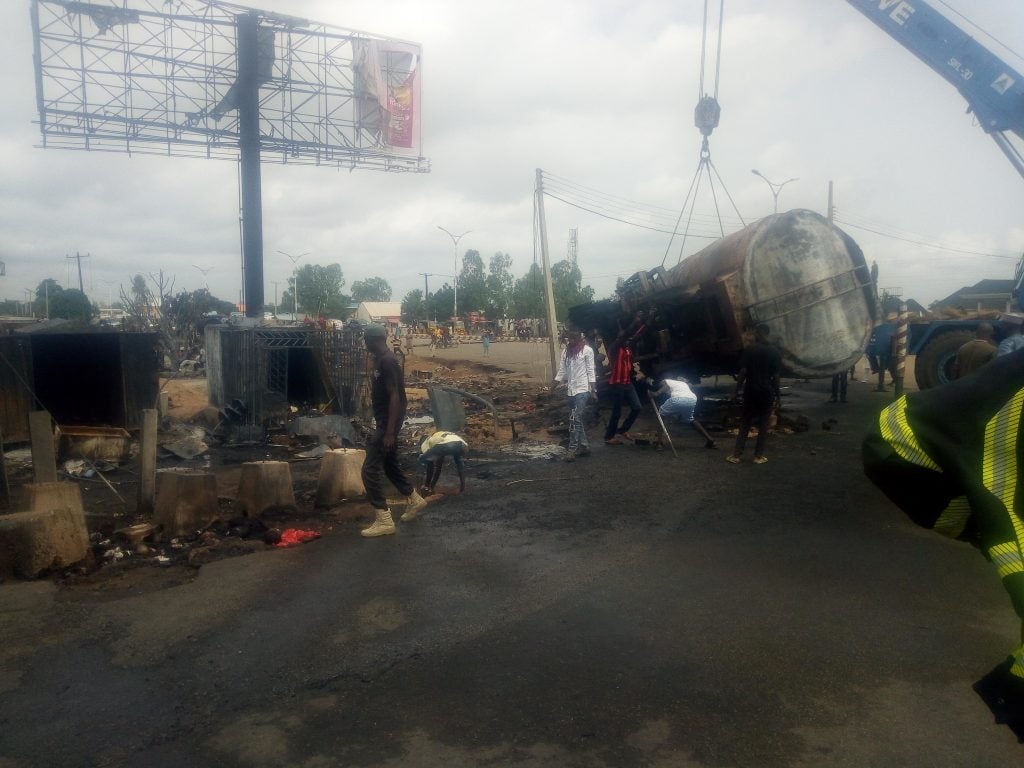