The remains of slain CEO Super TV Micheal Usifo Ataga were on Friday interred in a private ceremony at the Ebony Vaults in Ikoyi, Lagos amid eulogies and tears from family members, close associates and other sympathisers.

The service of songs and funeral rites on Thursday and Friday respectively held amid tight security.

Recall that, Ataga was found dead in an apartment at Lekki last month.

He was murdered few days to his 50th birthday. 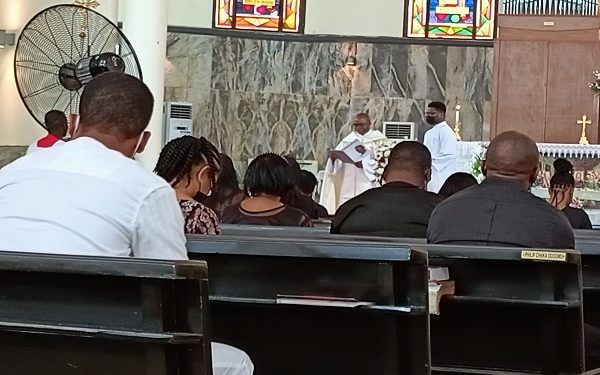 Following his death, Lagos Police Command arrested a 21-year-old undergraduate of the University of Lagos (UNILAG), Chidinma Ojukwu and others in connection with his death.

During the funeral service, which held at Our Lady of Perpetual Help Catholic Church, Lagos, the officiating priest, Very Rev. Fr. Julius Olaitan, described the deceased as a focused man who achieved many things.

He noted Ataga was a man of many parts that meant many things to different people.

“He was a man with enemies, his manner of death is a testimony to that. It is a duty for those in authorities to do the right thing by finding those who brutally murdered him.

“Who can imagine what Usifo went through in the hands of those who tortured him? We should be mindful of what we say on social media.

“Please spare the family of the good name. Our common humanity demands that from us,” he pleaded.

“Death is a terrifying mystery. We’ve not lost him but we’ve gained a soul in heaven. Usifo is now in a place where he can be with reward of his earthly sojourn,” the cleric added.

The mother of the deceased, Sylvia Ataga at the service of songs on Thursday, said her son died an undeserved death.

His wife, Brenda Ataga, said news of her husband’s demise was heartbreaking.

“Finding out of your demise was the worst news imaginable. My mind had raced through all the possibilities of where you were and what could have happened but death, death wasn’t an option,” she said.

“The girls and I were looking forward to seeing you, to celebrate your milestone.

“I had imagined how surprised you would be when you walked in to see a place set up for you. I had imagined the infectious smile.”

His eldest brother, Isi Ataga, thanked the church and other sympathisers for standing with the bereaved family through the difficult moment.

The deceased was survived by two daughters — Eboselulu and Emoata. 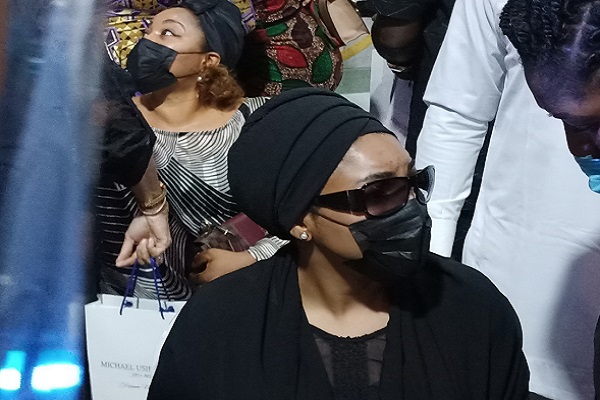 APC’ll be divided if it zones Presidency to North – Okorocha

Rivers not treated as part of Nigeria – Wike

BBNaija S6: My heart turned to stone after heartbreaks- Pere

Clark faults establishment of Naval base in Kano

Klose under consideration for Germany under-21 job

Politicians playing Nigerians, they are all the same irrespective of their parties - Ooni of Ife

If I die, I die for love — Cross reconciles with Angel

VAT: Zamfara generates N75 m, gets N4.5 b monthly - What states generated, received in past 8 months

[OPINION] Who is the next Chairman of Akwa Ibom APC? - ETIM ETIM

[OPINION] How to Become the President of Nigeria, 2023 - Magnus Onyibe

Binance U.S under investigation for insider trading and market manipulation

$4bn debt proposal: Borrowing for development can pay for itself — Obasanjo

Tinubu is our Capo in South – Akeredolu