It was an atmosphere of gloom as tears flow freely during the burial ceremony of multi-talented Nigerian entertainer, Lanre Fasasi a.k.a Sound Sultan who passed on earlier today.

He died at the age of 44 after a hard-fought battle with Angioimmunoblastic T-Cell Lymphoma.

At the burial ceremony held at New Jersey in the United States, friends and family members gathered to pay him their last respect. 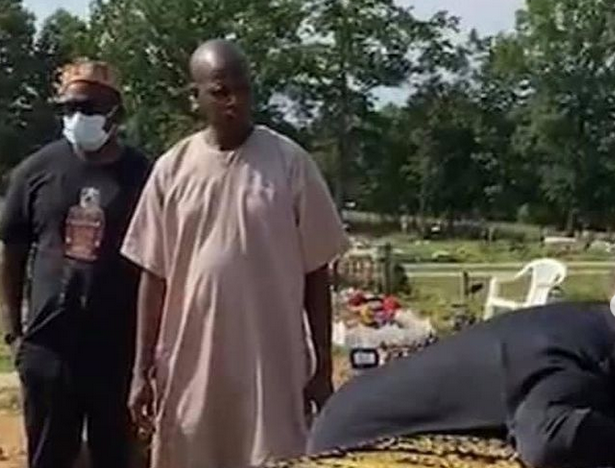 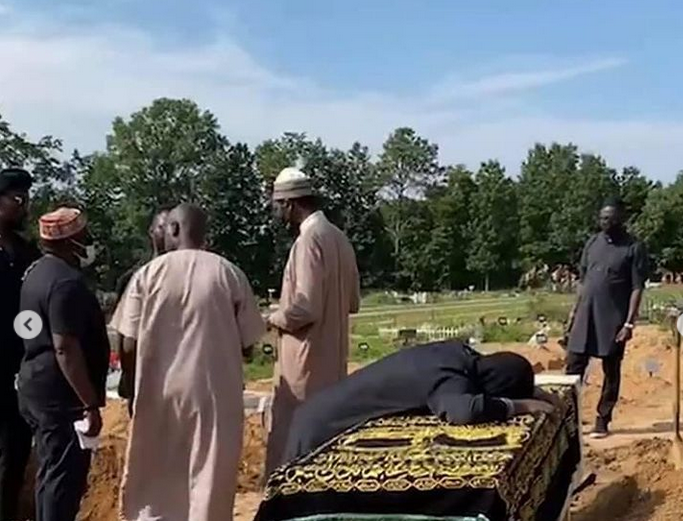 His wife, Farida was completely heartbroken as she witnessed the burial of her loving husband. The mother of three was spotted between two women who held her arms as she sobbed uncontrollably. At some point she said: “I don’t want to bury him”

Mourning Sound Sultan, filmmaker Ayo Shonaiya revealed the accolade he received from the singer years ago.

He tweeted, “Sound Sultan called me one night, told me he just recorded a song King of my Country, inspired by a film I made over 20yrs ago of same title. Then he got Wyclef to jump on the remix! Sound Sultan paid me the highest accolade EVER! Lanre may Allah be with your soul. RIP brother.”

Rapper Vector Tha Viper shared on Instagram, “As for you, I don’t know why my heart rests even though it is in shock. Maybe I believe if it is true that what we do determines where we are going after death, then you are fine.
You always remember to ask us to come and eat Sallah meat and celebrate your religious belief… which is love. You never judged any act even though you may laugh at many things. Thank you for your honesty and understanding. Thank you for the life you lived whilst you were here.”

The Big Girl Dinner: A Delightful Evening of Sisterhood with Seyi Shay

[OPINION] Your Excellency, how many votes do you want? - Owei Lakemfa