The National Drug Law Enforcement Agency has apprehended Abel Godwin Idio, a 400 level undergraduate of Federal University of Technology, Minna, for retailing psychotropic substances with the aid of his textbooks.

Following a tip off, Idio was picked after the NDLEA operatives discovered two strong variants of cannabis, Arizona and loud, concealed in his textbooks.

This was contained in a statement by NDLEA Director of Media & Advocacy, Femi Babafemi on Monday.

“He was arrested in Gidan Kwano within the vicinity of the university,” he said.

While confirming that Idio was arrested on Friday 30th April, Babafemi stated that the undergraduate was a known retailer of the illicit substance which he sold to fellow student on campus.

“Abel uses the inner pages of his textbooks to conceal the drugs within the campus to sell,” he said. 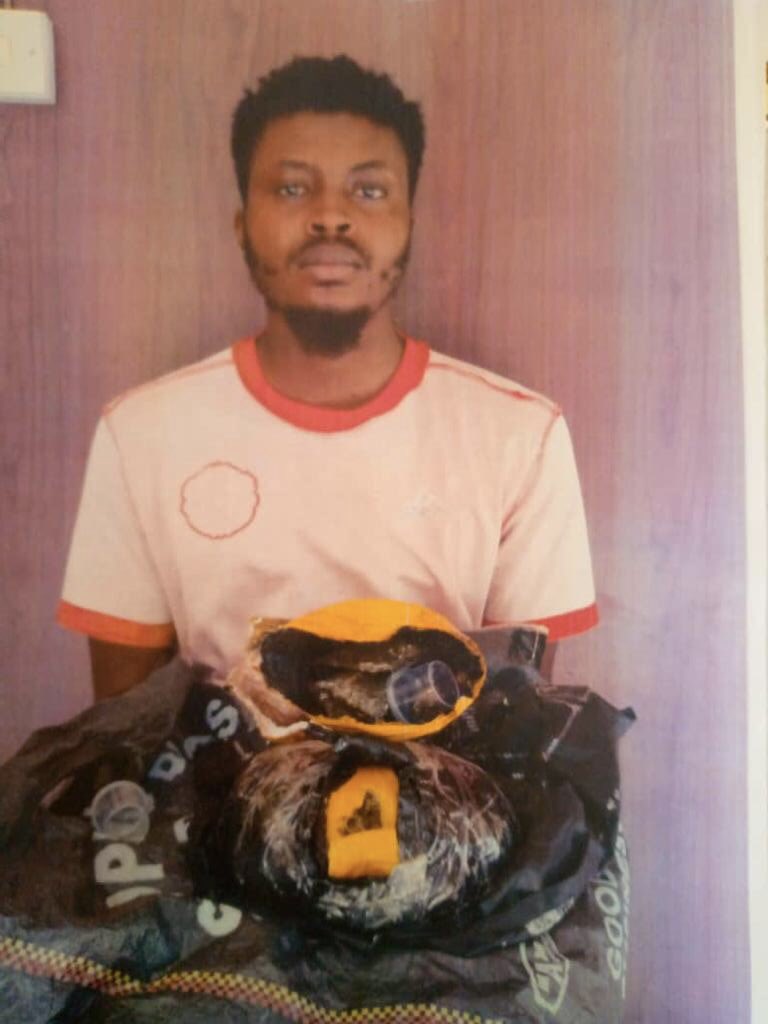 Igbo Leaders To Blame For Insecurity In South-East – Lauretta Onochie

How PDP can win elections in Lagos — Chieftain

Ramadan Fast: How Some Youths Engaging In Illicit Drugs To ‘Suppress’ Hunger

[OPINION] The Logic and Illogicality of the Nigerian Nation - Dele Momodu

How we spent $1bn to acquire weapons – Defence

It Is Senseless To Clamour for Military Rule, Oshiomhole Says

Iwobi opens up on why he chose to play for Nigeria

I’m Not At Loggerheads With Lawan Over 2023 Presidency – Buni

There can’t be good governance without security - Wike

JAMB apprehended 50-Year-Old, One Other Over Impersonation

Some prominent Nigerians being profiled for prosecution over ‘terrorism financing’ - Malami

After 6 Years In Government, APC Still Doing 'Going To Going To' - Senator Abaribe