An upcoming artiste named Wisekid has triggered curiosity on social media after he disclosed statistics that prompted allegations he made about N30 million monthly from cloning ‘Made In Lagos‘, a 2020 music album by Wizkid.

Wisekid, whose monicker itself is an imitation of Ayodeji Balogun’s stage name, had released an album and named it ‘Lasgidi Made’, a localised alteration of Wizkid’s album title. He then went ahead to dub the names of Wizkid’s tracks.

The upcoming singer drew attention to himself after he tweeted the screenshot of Apple Music analytics with the caption “On God.”

The numbers showed he had raked in 9.3 million views, 133.6k average daily listeners, and 1.2k song purchases on streaming platforms. 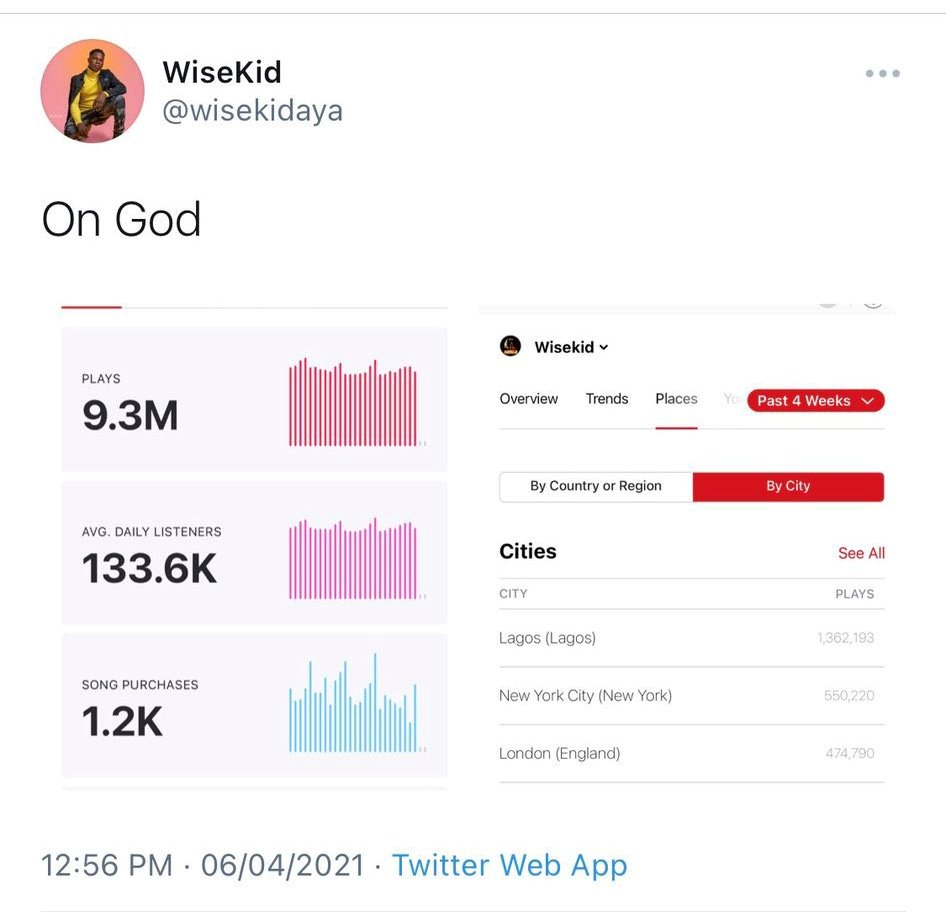 He was also accused of having made $73,170 monthly since October 2020 via Apple Music, Amazon, Shazam, and Tidal.

As the now-deleted screenshot went viral on Twitter and attracted critics who accused the singer of infringing on Wizkid’s copyright, Wisekid wrote in denial: “I’m just an upcoming artist I know nothing about this.

“And please am not the one distributing Wizkid album on Apple music. I have my company that distributes my music for me so I know nothing about this news spreading all over the internet. Thank.”

An Artist named Wisekid has been making N30 million monthly since October 2020 by copying Wizkid's music on Apple Music & Amazon.

He released an album and named it Lasgidi Made, then copied the names of Wizkid's songs & albums. Now he is getting a huge chunk of Wizkid's streams. pic.twitter.com/0KqgDe1oq6

[OPINION] Is Makinde aware of this? - Bolanle Bolawole

Before I fled Boko Haram’s den, many Chibok girls were pregnant – Escapee