Death is not a recent phenomenon, it has always been there, threatening humanity and picking its game at will. No society is isolated from its vengeance, not even Akwa Ibom State. It has been stalking prominent people in the state and unleashing its wrath once in a while, even though magnanimous enough to allow a reasonable time for mourning and consolation, before striking another.

Last year, however, it came with some inexplicable vehemence. It came with a list of some of the most illustrious sons of the state, cutting them down in its haste and fury. It was such haste that left the people wondering if it was in a hurry to catch up with the preceding year; a year that would be remembered as one which counted the most deaths in contemporary history, across the globe.

As if death forgot one of the prized games on its list, it rushed back in the first week of 2021, January 6, and snatched one of the most highly decorated sons of the state, a globally rated fighter pilot, former Aviation Minister and former Chief of Air Staff, Air Marshall Nsikak Eduok. Before him, the dreaded sneaky phenomenon had taken Major General Edet Akpan (rtd); and on Christmas Eve, had snatched Air Commodore Idongesit Nkanga (rtd). Death was indeed on a rampage in the barracks of retired military officers from the state. Nkanga was once the Commander of the Presidential Airlift Group and former Military Governor of Akwa Ibom State. 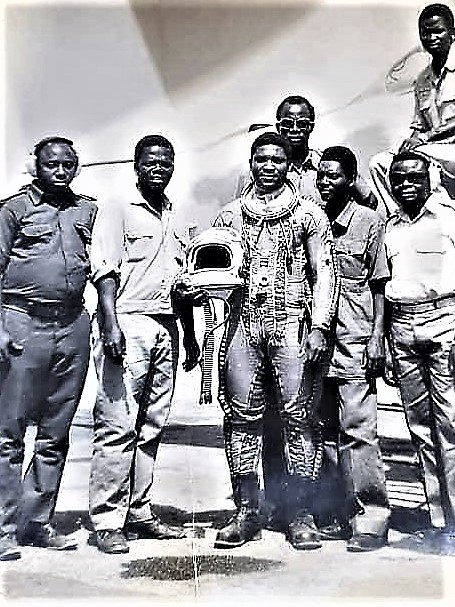 The year 2020 saw other very prominent citizens of the state walk the road to the great beyond. Just as the state was trying to wake up from the dream of the loss of the former Environment Minister, Dr Ime Okopido early in the year, his only brother and chairman of the All Progressives Congress (APC) in the state, Ini Okopido joined. Both were buried on the same day. The former chairman of NDDC, Ambassador Sam Edem was on the list. The wife followed early this year. A well-renowned Agriculturist, Dr Val Attah was also there; just as Chief Ubong Mbat, a popular businessman. A well-known motivational speaker, Ubong King also made the list. Two of the finest journalists from the state, Mr Parchi Umoh and Elder Nnamso Umoren and a popular media personality, Gloria Ekong were also on the list of the malevolent reaper.

It did not spare the sports sector either as the state football association chairman, Emmanuel Iba; a prominent medical doctor, Dominic Essien; and the Director of Finance and Administration, NDDC, Ibanga Etang also made the list. The immediate past Commissioner for Lands, Architect Ime Ekpo joined on January 10; and just as the state was counting its losses, the state chairman of the Peoples Democratic Party, Mr Udo Ekpenyong was added on Tuesday, January 19. The two major political parties in the state, APC and PDP, thus lost their chairmen within a space of five months. To say that the state has been in perpetual mourning since April last year is just stating the obvious.

In a space of ten months, the state governor, Deacon Udom Emmanuel, is saddled with the unenviable record of mourning an alarming number of illustrious sons of his state, including three of the finest and most accomplished retired military officers. Within a space of three weeks, the state lost two of the country’s most decorated combat pilots. Although the state has a long line of very fine and accomplished Air Force officers, probably the one that can readily fall into their league is the late Brigadier-General Udoakagha Jacob Esuene (rtd), who was also the Military Governor of South Eastern State for nine years (1967 – 1975).

Air Marshall Eduok would rank as the most prized trophy that death snatched from the state in the last one year. He had a distinguished career in the Nigerian Air force; and left as the highest-ranking officer in the military from the state. His journey in the military was smooth, with impeccable record. He probably would be the only officer that has been named Chief of Air Staff twice in Nigeria. He was appointed to that position on August 27, 1993, by President Ibrahim Babangida but the then Chief of Defence Staff, General Sani Abacha replaced him with Air Vice Marshall Femi John Femi after 10 days, citing service expediency. He was subsequently made Aviation Minister; but on March 30, 1996, he was returned to the position by the same Abacha when he was Head of State.

As a child, Eduok was always putting pieces together. His father thought he would become either a technician or an engineer. He went to live with his elder brother in Lagos and it was there he nursed the ambition of not just joining the Air Force but becoming a fighter pilot. At that time he was working with the Voice of Nigeria as a studio manager. The brother was alarmed. He sent a message home and the parents were disappointed that he would choose to join the military, which was considered by local folks then as a vocation for never-do-wells. 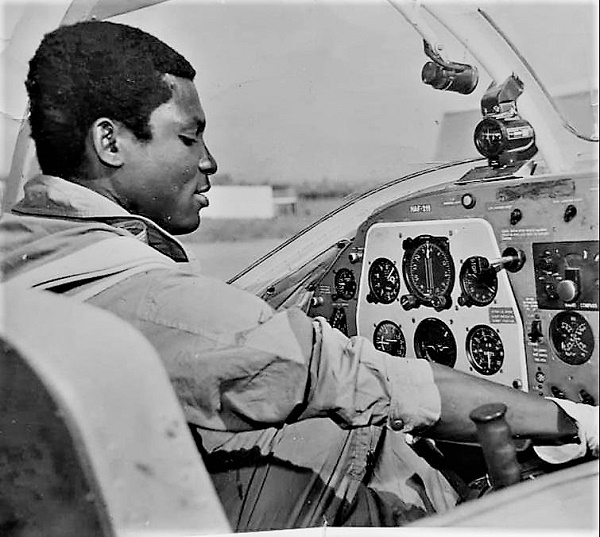 They thought he was on a suicide mission, going into the military. They summoned him. They confronted him and he stood his ground. He told them death can arrest anyone anywhere, even at home. They let him be. He did not just join the Air Force on August 1, 1968, as a trainee pilot, he rose to become the Chief when he was about 49 years old, in 1996.

When he did, the father, Obong Essien Akpan Eduok, changed the tune: “The Bible says that a good child brings joy, happiness and honour to the family, while a bad one brings embarrassment and curse to the family. Who would not be happy and proud of a son like Nsikak? He has always been a good boy and I am proud of him.” It was not only the father that was proud of him, the entire Akwa Ibom State was. He was the first fully-fledged military Service Chief from the state. He was one of the first from that zone to join the new Nigerian Air Force when it was carved out from the Nigerian Army.

He was a recipient of the National, Defence, Independence and Republic medals; and earned both the Distinguished Service Star (DSS) and the Meritorious Service Star (MSS) medals. He was awarded an honorary doctorate in Humanities from the Cornerstone University and Seminary, Israel.

According to reports, Eduok would have been the first military governor of Akwa Ibom State when it was created in 1987. In preparation for the new assignment, he was said to have handed over to a new director at the Command and Staff College, Jaji, and was accordingly briefed of his new office by General Y.Y Kure; but the then Chief of Air Staff would not let him go because of his speciality as a fighter pilot. He was reported to have used his closeness to General Babangida, working alongside others, to facilitate the creation of the State.

Unlike most of the accomplished persons from the state who would rather spend their retirement elsewhere, Marshall Eduok relocated to the state after retirement in 1990 and engaged in a variety of businesses including large-scale farming and processing, hospitality, sports and publishing; as well as charity and religious activities. He wanted to change the ugly narrative; unfortunately, he got messed up in the process. He sure had good intentions but he got caught in the web of the pettiness of the clime.

He, first of all, had to deal with an ugly incident in his compound where one of the housekeepers died in controversial circumstances; and that triggered a number of other ugly incidents that dampened his enthusiasm and ruined his investments in the state. Also, his name often popped up in the controversy that surrounded the move to change the name of Qua Iboe Church (QIC) to United Evangelical Church (UEC), a development which split the church into two factions with one part retaining the old name and the other taking the new name. Until his death, he was the Chairman, Board of Trustees of the UEC.

The health situation of his first wife, Nkese, gave him serious worries also. He spared no time and resources in trying to see that she recovered, but she eventually died in 2012. The trauma really hit him, especially as the children were all grown and out of the home. He had to take another companion. 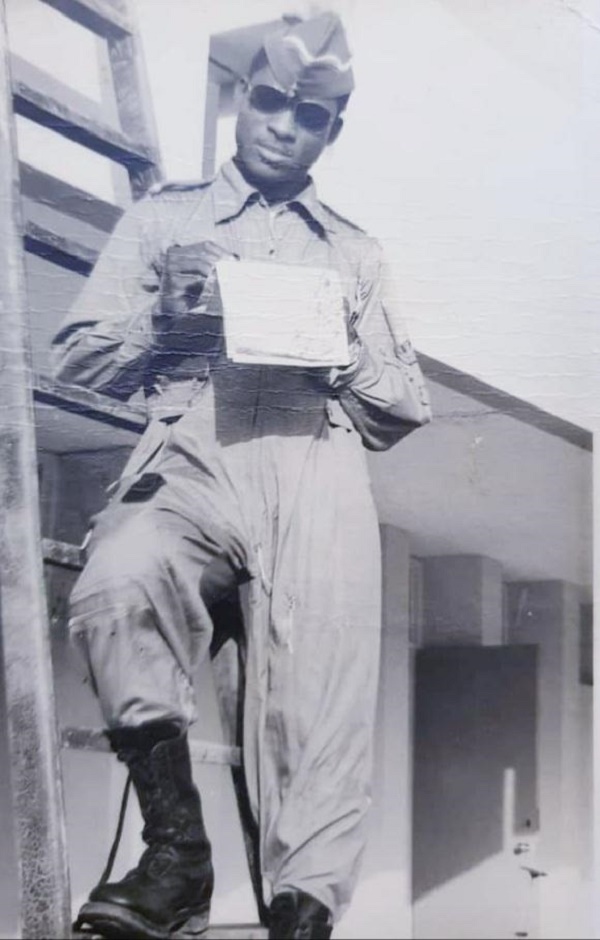 Air Marshall Eduok was not given to ostentatious lifestyle. He lived a simple, honest and clean life. He was very humble and friendly in spite of his attainments. He abhorred alcoholic beverages and drank only natural and mineral waters.

He would be remembered for his contributions to the development of the Nigerian Air Force, the aviation industry, his home state and humanity. In his home state, the Air Force Comprehensive School stands as a clear testimony to his influence while he was the CAS. He will continue to live in the hearts of those he mentored in service and educated through scholarship. He was the third Grand Patron of the socio-cultural organisation of Ibibio youths, the Mboho Mkparawa Ibibio. A four-lane road in the centre of Uyo, the Akwa Ibom State capital, built by the Obong Victor Attah administration was named in his honour.

Air Marshall Eduok was born on July 11, 1947, at Mbak Ekpe, Ibesikpo Asutan Local Government Area of Akwa Ibom State. After an intense combat with a failing kidney, which saw him landing in hospitals at home and abroad, the distinguished fighter pilot lost the battle and took a final flight into eternity.

Dangote’s net worth declines by $1.2 billion in February

Insecurity: Those Demanding Buhari’s Resignation Are Only Exercising Freedom Of Speech – Adesina

Drama as Sowore shows up in court with 'native doctor'

Food Blockade: No Going Back On Campaign Against Beef Consumption — Afenifere

COVID-19 pandemic unlikely to end this year – WHO

Insecurity: Some people are benefiting from banditry in Nigeria – Lawan

Shoprite shuts down as workers embark on nationwide strike

Kidnappers were offered money not to release Jangebe girls - Matawalle

We saw our schoolmate’s father, others in Kidnappers den – Victim

‘Cryptocurrency: 60% of central banks under pressure to create digital money’