A retired captain from the United States of America Army, Bishop Johnson, speaks  on the deployment of soldiers in the Lekki Tollgate area amid the EndSARS protest on October 20 and the controversies that have trailed the army’s decision
Do you think it was right for the army to have gone to the scene of that protest with live ammunition at all? In your estimation, did the threat level warrant such force?

Based on my perspective as a former US soldier, first and foremost, the army ought not to have been there. The people who ought to have been there should have been the police. Now, I understand that the constitution allows the army to participate in internal security operations in Nigeria, but that should only happen when they are called upon to do so. And the police have to have demonstrated that they don’t have the capacity to quell the unrest, but I don’t think what happened (on October 20) had gone beyond the capacity of the police to quell it. Besides, the protesters were peaceful, carrying the Nigerian flags and singing the Nigerian national anthem. So, for me, I don’t see where that poses a threat to the national security of the country other than the fact that the crowd were just there. First, the Nigerian Army ought not to have been there. And if they were there, they should not have been there with live ammunition. They should have only been there with some crowd-control equipment such as teargas and others. They should not fire live ammunition. 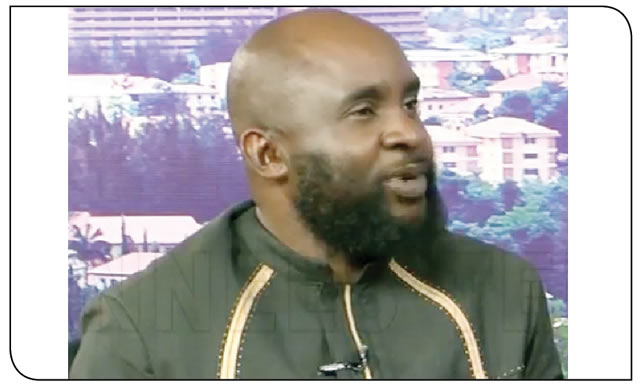 Some Nigerians have said that the army has been talking in piecemeal at the ongoing judicial panel sitting in Lagos, especially in not revealing earlier that it went to the protest scene with live ammunition. What is your take on this?

Well, in the US military, we don’t give information like that. We give full information. The military are there to serve the citizens. They are there on behalf of the citizens. Also, this matter involves the citizens, the very citizens on whose behalf there is even an army. They ought to give them all the information they need. It is in Nigeria I hear that all the information that affects the citizens, you don’t give such information; how is that classified? There is no high sensitivity in this matter. The Nigerian military has no credibility for the most part; this has been their modus operandi. For instance, the Nigerian Army has come out to say on several occasions that its soldiers killed Abubakar Shekau (a leader of the Boko Haram terrorists) and they show pictures of the killing; only for Shekau to come out few minutes or hours later with his own video, making references to recent incidents to show the Nigerian military that he is still alive.

During the 2019 general elections, there was violence in Rivers State and the army claimed it was the work of fake soldiers. And I said at that time, look, if these people were fake soldiers, arrest them and parade them and let us see who they are. Till now, the military has not been able to arrest anyone. So, this is a military that does not have credibility when it comes to information management.

Don’t you think the political leaders should also share in the blame for the military’s alleged recklessness?

It is because we have very weak institutions. Now, the military’s loyalty ought not to be to the President or to any citizen of this country. The military’s loyalty ought to be to the constitution of the Federal Republic of Nigeria. If you look at what happened in the USA recently, in spite of the steps by President Donald Trump, the institutions stood firm and they are fighting back. Trump wanted his Secretary of Defence to deploy regular US forces to quell peaceful protests and the Secretary of Defence refused. That was why he fired him. This is because this has never happened in the history of the U.S where you use the regular military to go after and quell peaceful protests.

But we are in a country where the institutions are very weak. The military feel that they hold loyalty to the President. Therefore, whatever the President asks them to do, they do it. However, it is not every order that you are given that you must execute. For you to follow an order, that order has to meet three conditions. One, it must be legal; two, it must be ethical and three, it must be moral. So if someone gives you an order to open fire on peaceful civilian protesters, you as a commissioned military officer, no matter who gave you that order, can refuse that order on the basis that it did not meet any of those three conditions. This is because shooting at innocent, unarmed, peaceful civilian protesters is unethical. It is illegal and equally immoral. So, weak institution is on one hand. On the other hand, politicians tend to exploit those weak institutions to any level they want. When this incident broke out, I wrote an article that the buck stops at the desk of the Federal Government of Nigeria. This is because it is only the President that has the constitutional authority to order military forces. They don’t take orders from anyone else other than the Commander-in-Chief. So, all these debates about the Lagos State Governor, Babajide Sanwo-Olu, and others are not necessary.

The governor does not have the power to order the military to do anything that they do not want to do. The only person who has that authority under our constitution is our president and so, the buck stops on his table.

If it is established by the ongoing judicial panel that soldiers indeed opened fire and killed peaceful protesters at the Lekki tollgate, what do you think should follow?

I think the law of the land should take its course. This is just like if there is murder and there is prosecution. If at the end of the day, soldiers were found to be culpable and contributed to the deaths and injuries of the protesters, everybody who is found to be culpable should be held to account in accordance with the laws of the land. I am not a lawyer but I am sure there are certain sections of the Nigerian law that should take its course in these instances.

FRSC sets to clamp down on wanted traffic offenders

'' It would be dangerous, reckless and counterproductive for Buhari to arrest or kill Sunday Igboho''- FFK

My gay son will be celebrated in Nigeria - Okupe

ACF reacts to attack on herdsmen by Yoruba youths, warns about civil war

[OPINION] Who Shall Tell the President Nigeria is Dying? - Dele Momodu

We Won’t Allow Anyone Cause Ethnic Crisis In Oyo – Makinde

Arrest me if you can - Sunday Igboho dares Makinde

Incompetent leaders took over from military in 1999, says Bello

No confirmation yet on when Pfizer vaccine will arrive – Health agency

No power can remove us from Ondo forests – Bodejo, Miyetti Allah leader