According to reports, it was learnt that the suspect is allegedly battling a psychiatric disorder and has history of mental disorder so it’s yet unknown what caused or prompt the murder as she was also given a prophecy that her

The incident which happened on Friday, was found by a business partner of the deceased after several knocks on the door and no response, she decided to proceed into the room and found the ugly sight. An alarm was raised as the suspect was found selling meat not far from where the crime was committed.

A bowl containing body parts where found at the scene after she later confessed to the crime, but at this point, the main reason for the crime is still unknown as her mental history and prophecy stands in line as more investigation is carried out 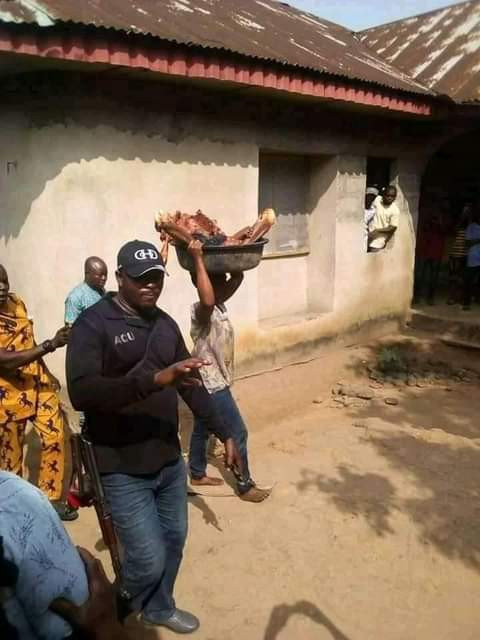 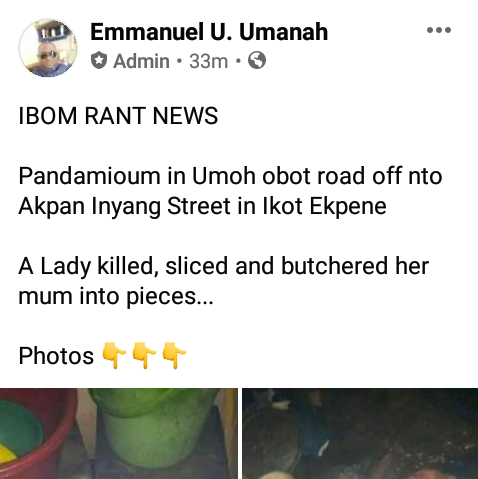 [OPINION] Who Shall Tell the President Nigeria is Dying? - Dele Momodu

We Won’t Allow Anyone Cause Ethnic Crisis In Oyo – Makinde

Arrest me if you can - Sunday Igboho dares Makinde

Incompetent leaders took over from military in 1999, says Bello

No confirmation yet on when Pfizer vaccine will arrive – Health agency

No power can remove us from Ondo forests – Bodejo, Miyetti Allah leader

Quit notice to herdsmen: Tell Fulanis in all South-West states we are coming - Activist Sunday Igboho

Fulani own all the lands in Nigeria, no power can remove us from Ondo forests – Miyetti Allah leader

Trump’s Tenure was just a short Window of Grace, elected to break the dangerous speed of Democrats - Mike Bamiloye...

Nigeria to spend N7.8 billion on entitlements to ex-presidents, VPs, others in 2021

My life changed after I stopped having sex – Uche Ogbodo