In many ways, the elites (especially those who hold political office) in Nigeria are the country’s problem. They not only constitute the problem, on many occasions they add to it.

Take for instance the current face-off between members of the Indigenous People of Biafra, IPOB and an arrangement of Arewa Youths threatening to eject every Igbo resident in the north.

Comments following series of meetings initiated by Vice-president Yemi Osinbajo with traditional rulers and governors from both camps that was expected to address the foundation of the problem ended up being filled with the jargons of political correctness. Every one of the politicians that have spoken, for fear of their political future, has failed to touch the problem’s core.

On the bright side, one plus that can be taken from Osinbajo’s meeting with the 36 state governor’s is that they “agreed” on Nigeria’s unity; agreed to engage the youths by creating jobs; and most importantly, they agreed to always speak out to counter divisive comments. But to be in agreement without a plan to address what first led to the disagreement means nothing has changed.

The only time during the meeting it appeared that Osinbajo and the governors were not only interested in agreeing but coming up with solutions, it was not to get to the root of the face-off between IPOB and the Arewa Youths, but when the crisis between farmers and the Fulani herdsmen were raised.

“I hope that we will discuss in greater details the issues around the herdsmen and farmers’ crisis… We started those discussions during the consultations we had and I believe that we will be able to deepen those discussions in our meeting and possibly hold a more expanded meeting where we will be able to take a closer look at it. It is absolutely important that we are able to make lasting and satisfactory solutions to these problems,” Osinbajo told the governors.

There was no plan to “discuss in greater details” the issues that led to the Biafra agitation by IPOB, which has now snowballed into eviction threats by the north. No plan to “deepen” the discussion and “hold a more expanded meeting” to “take a closer look” at what has over the years inspired this type of agitation.

There was also no plan to “make lasting and satisfactory solutions to these problems.” The meeting was all talk and agreement, nothing more.

As it is with too much talk, there was careless talk.

The Oyo State Governor, Abiola Ajimobi who spoke on behalf of other governor’s did so carelessly when he said that the agitators for secession were “wasting their time”.

The problem with politicians like Ajimobi (and they are in the majority) is that they fail to understand that legitimacy begins and ends with the people and not the government, which interestingly derives its legitimacy from the people.

Legitimacy does not also begin and end with the “permanence” of a constitution like Osinbajo alluded to, not to talk of one such as the 1999 constitution which is not an expression of the wish of the Nigerian people.

It is true that Nigeria’s unity “must be upheld” and that no one would benefit if Nigeria is turned into “another Rwanda or Somalia”, but it is not true that “any time you have agitation, usually there will be poverty, there will be unemployment, there will be hardship.”

This theory by Ajimobi that shies away from the root cause of the agitation for secession does not help Nigeria’s unity.

More importantly, it is wrong for the Vice-president and the governors to sit and “unanimously” agree on the inviolability of Nigeria’s unity. To reach such a weighty consensus is the duty of the Nigerian people and not those whom they elected.

The same mistake that was made in drafting the 1999 constitution (a major contributor to the secessionist agitation) is what Osinbajo and the governors are making by “unanimously” deciding for Nigerians without their consent.

Until Nigeria’s political elites learn to speak frankly about national issues such as the structural and political marginalization of some ethnic groups, and resolve not only to talk about these things but to address them, there will always be the agitation to secede.

A system that encourages injustice and inequality, instead of uniting, would birth more secessionist agitators unending.

It is time that we do away with this culture of political correctness. Refusing to speak frankly for fear of hurting the sensibility of others has created more problems and further divided us.

There are foundational and structural problems with Nigeria’s union that must be discussed. We would only be postponing the doomsday if we continue to play the ostrich.

The time to get to the root of Nigeria’s disunity is now. And I’d say we begin with the 1999 Constitution.

Maduekwe is editor at Discussing Africa

More in this category: « The end of Ramadan-This Day Editorial NERC and DisCos’ reluctance to meter customers -Punch Editorial » 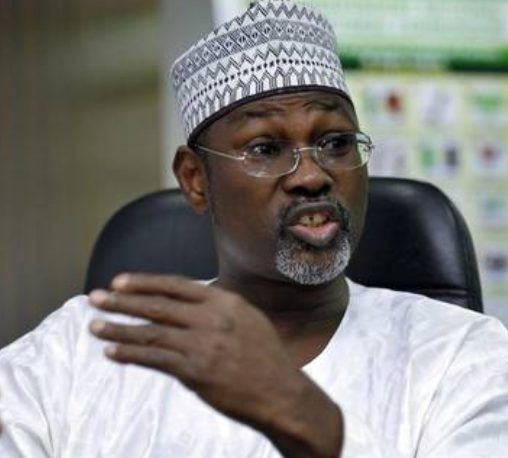 If Nigerian leaders fail you, vote them out – Former INEC chairman, Attahiru Jega