‘Daddy, I’ll be a pilot!’ and he was only 4 years old -Femi Adesina

Be careful what you dream about, it may well come to pass. Oluwatobi is my firstborn, “my might, and the beginning of my strength.” One day, when he was just four years old, we were all in the living room; myself, his mom, and his sister, when he exclaimed:”Daddy, I’ll be a pilot!”

I looked at him, looked at his mother, and said casually: “What does he know about piloting?” For by then, Oluwatobi had not gone near an airport, not to talk of entering an airplane.

But somehow, what he said refused to leave my mind. Just like the biblical Mary, after the angel told her of the virgin conception, I “kept all those things, and pondered them” in my heart.

‘Tobi (as we call him) began to live his dreams. He needed to see only the picture of an airplane in a newspaper or magazine, and he would cut it, file it away, or paste on the wall of his bedroom. When he was old enough to manipulate a computer, he always went to sites where he could read about aircraft.

I had thought he would outgrow the passion. But the older he grew, the firmer and clearer the dream became. “Daddy, I’ll be a pilot!”

As a growing journalist with growing means, I got to the point I could go on vacation with my family once a year. We started with Ghana. Then South Africa. And London… Tobi was in secondary school, and talked about nothing save flying a plane. Each time we travelled, it was like nirvana. While I kept looking at my wristwatch, expecting the time we would land, my son, and his sister, Tosin, felt completely at home in the sky.

I had expected two people to baulk, and talk Tobi out of his dreams. His mother, and my own mother (Tobi’s grandma, whom he was particularly close to). But the two women surprisingly did not dissuade the boy. They submitted to the perfect will of the Almighty. Underneath are the Everlasting Arms.

Never underestimate the power of dreams. At 18, my son packed his baggage, and was on the way to Aeronav Academy, in South Africa. The fees were staggering, but by then, I was Deputy Managing Director/ Deputy Editor-in-Chief of The Sun Newspapers. The pay was good enough, and with some belt tightening and lots of sacrifice, I could afford the fees.

Tobi got to Johannesburg at the peak of winter. “A cold coming we had of it, just the worst time of the year. For a journey, and such a long journey, the ways deep and the weather sharp, the very dead of winter.” (T.S Eliot, The Journey of the Magi). I remember the first email he sent to me:”Daddy, it’s so cold, I had to sleep with my shoes on.” Lol. My heart went out to him, but he that would eat honey from the rock must never consider the blade of his axe.

By the end of his first year, he got the private pilot license. Second year, he got the commercial license. I was breathing like a hog under the financial burden, but didn’t Jesus promise that his yoke was easy, “and my burden is light?” I kept trudging on, and one day, at age 21, my son was back, a fully licensed pilot.

But there was still one more river to cross. And when he told me about it, I almost bolted (just as our President almost did, when he saw the state of the treasury after inauguration into office). Tobi told me of the need to proceed to Sweden, for a type rating license, in which he would specialize on the Boeing 737. A boy of 21 years, planning to fly a whole house in the sky? The money, in dollars, sent my heart racing, and my head spinning.

But by then, I was already Managing Director/Editor-in-Chief of The Sun. The publisher was a welfarist, and he took good care of his staff. If the family would take garri, instead of corn flakes, well, we could send Tobi to Sweden. And off he went, coming back months later with a type rating license. Arik Airline gracefully gave him a job.

For almost two years, the young pilot has been plying his trade, but he never flew me. The closest we got was one Saturday morning, about a year ago. I had just landed in Lagos, and who did I meet on the tarmac? Tobi and the crew that was taking over the airplane for the next flight. Safe skies, I told him, after we had taken some pictures, along with Captain Mohammed, an Arik veteran.

Then D-day came. And it was Monday this week. I had gone to Lagos to be part of Fathers Day celebration in my church, Foursquare Gospel Church, which held on Sunday. Return journey was 7 a.m Monday, aboard Arik. On Sunday night, Tobi told me: “Daddy, you’ll be on my flight back to Abuja tomorrow.” Great expectations.

I approached the aircraft with Mr Peter Obi, former governor of Anambra State, and an old friend. An airline staff collected my hand luggage, and took it onboard. I then offered to relieve the former governor of the burden of his own luggage. Trust the ever self-effacing man. He hid the bag behind his back, as I made for it. We laughed.

I was on Seat 1D. The former governor was directly behind me. I told him my son was the co-pilot, and he was so very happy and excited at the news. And then, who came in, and took Seat 1F, right beside me? Another gentleman and friend, Mr Godwin Emefiele, governor of the Central Bank of Nigeria.

We began to chat about the economy, and the risks falling oil prices in the international market could pose to the steadying exchange rate of the dollar to the naira. That was when Tobi struck. He came out from the cockpit, and said the Captain had consented that I should be their guest throughout the flight.

I first declined. Flying in the air was tough enough, who wants to go and frighten himself to death in a cockpit?

“Daddy, come and see what you paid for. Come and see where your money went,” my son said. I introduced him to the CBN governor, and excused myself from the cabin. The co-pilot to the co-pilot had come. Father and son were in the cockpit.

Captain Carretero Alberto hails from Spain. And what a genial man he turned out to be throughout the 55 minutes flight. I got to know about his family, his professional background, and many others. He had kind words to say about Tobi, and, indeed gave him the thumbs up sign many times, as the young pilot flew the plane, and made what he considered smart moves.

Preparing to lift into the air was a whole set of ceremony. Many things to check. Engines, lights, wings, doors, everything.As Tobi handled the joystick, the joy kiln was kindled in the heart of a proud father.

Communication with the control tower was continuous, and lasted almost throughout the flight. As the plane lifted, and soared into the deep, azure sky, I could not see a thing. Not the foggiest thing. How do pilots do it? But there was a forest of buttons and knobs. They kept touching and pressing them.

Is this what they call instrumentation? At a point, the sun streamed in powerfully, in all its brightness. And they fixed their sun visors. 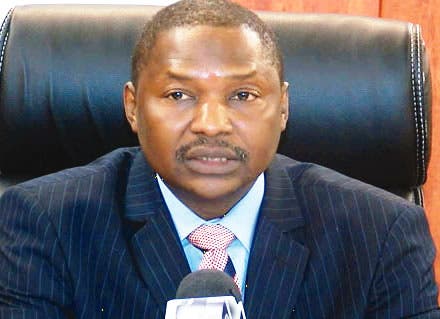 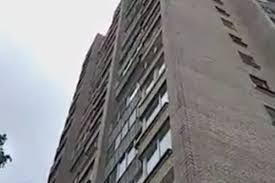 Couple fall from 9-storey building while having sex