Muslim faithful who participated in the #EndSARS protest observed Juma’at prayers at the protest grounds in Lagos.

The prayers which took place at 1:30pm were held at Lekki toll gate, Lagos Island and the Lagos state house of assembly gate in Alausa, Ikeja.

Juma’at is a prayer required of Muslim faithfuls every Friday.

During a short sermon delivered at the protest ground in Alausa, the protester who led the prayer spoke about justice and a better Nigeria; he also prayed for a better future for the youth.

The #EndSARS campaign is a protest against human rights violation and brutality by the special anti-robbery squad (SARS), a unit of the Nigeria police force which was recently disbanded.

The protests which started over a week ago have continued in several parts of the country.

Nigerians in Lagos, Ogun, Abuja, Kwara,  Rivers, Edo, Ondo, Oyo, Anambra, among others states have taken to the streets to support the campaign which seeks to end police brutality and reform the force.

Although Mohammed Adamu, inspector-general of police, announced the disbandment of SARS, a new unit — special weapons and tactics (SWAT) team — was created to replace the defunct squad.

But Nigerians have condemned the creation of the new team, saying it is a renaming of the disbanded unit. 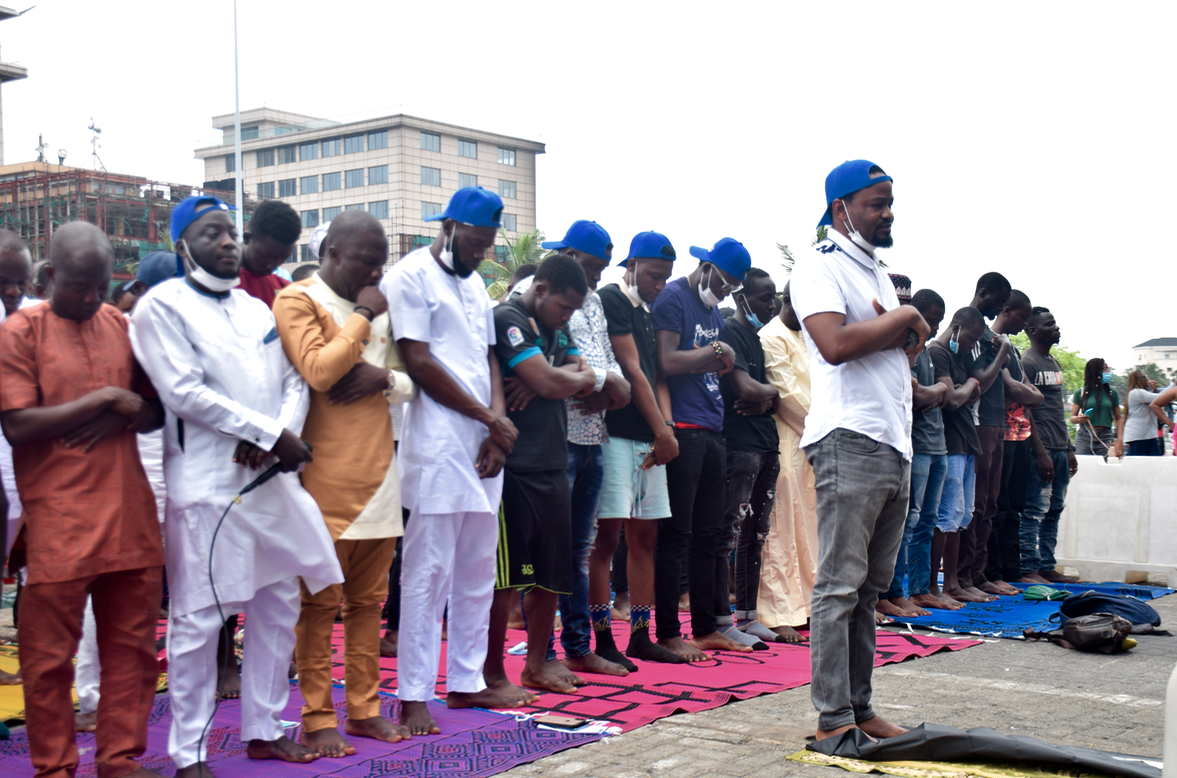 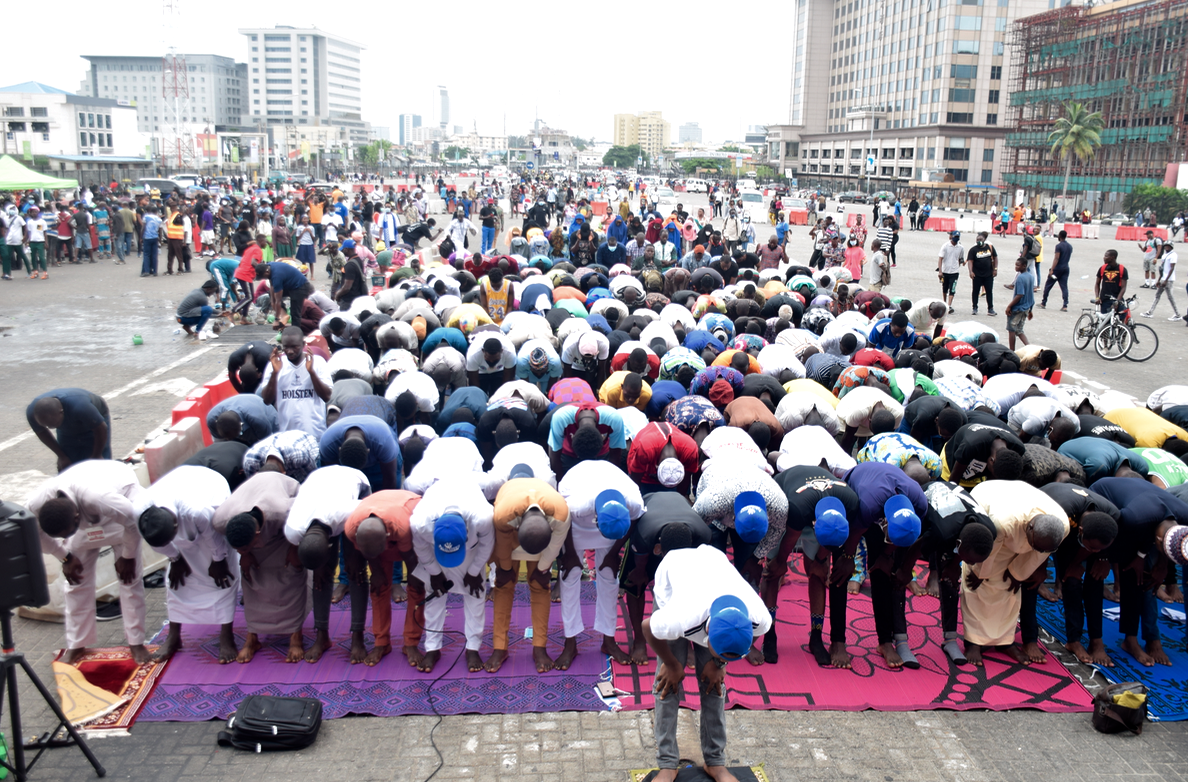 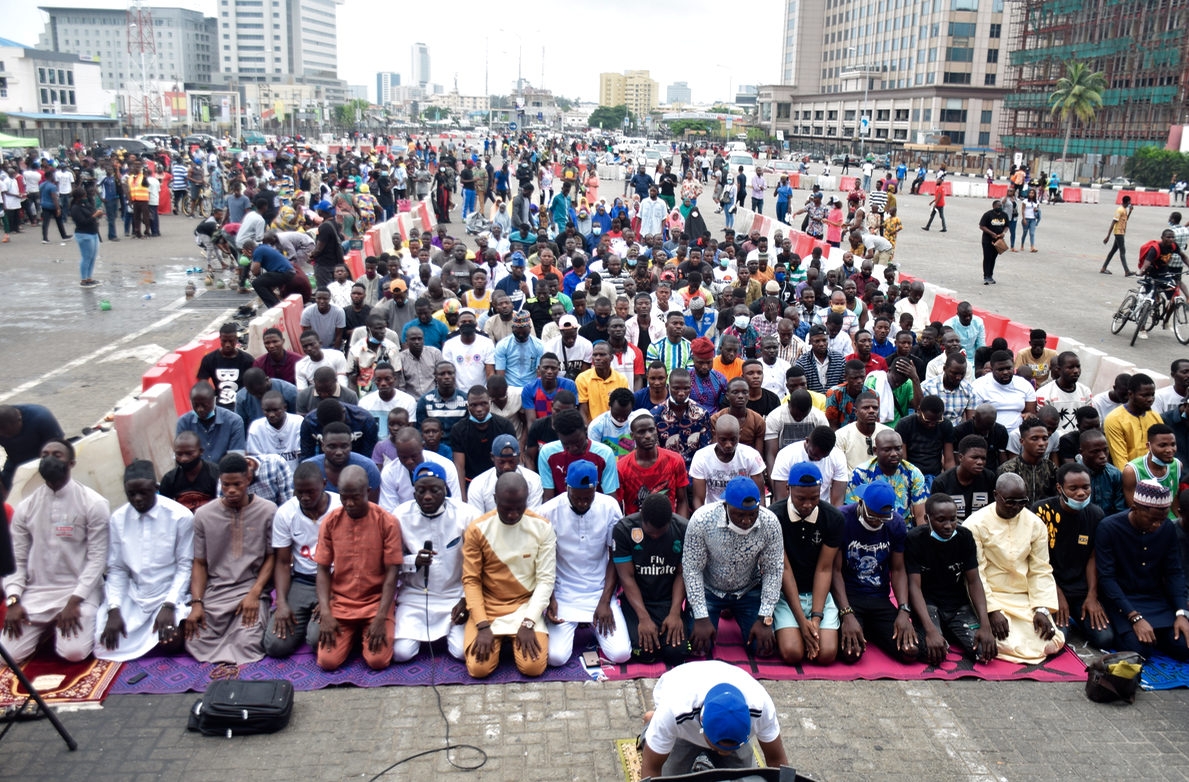 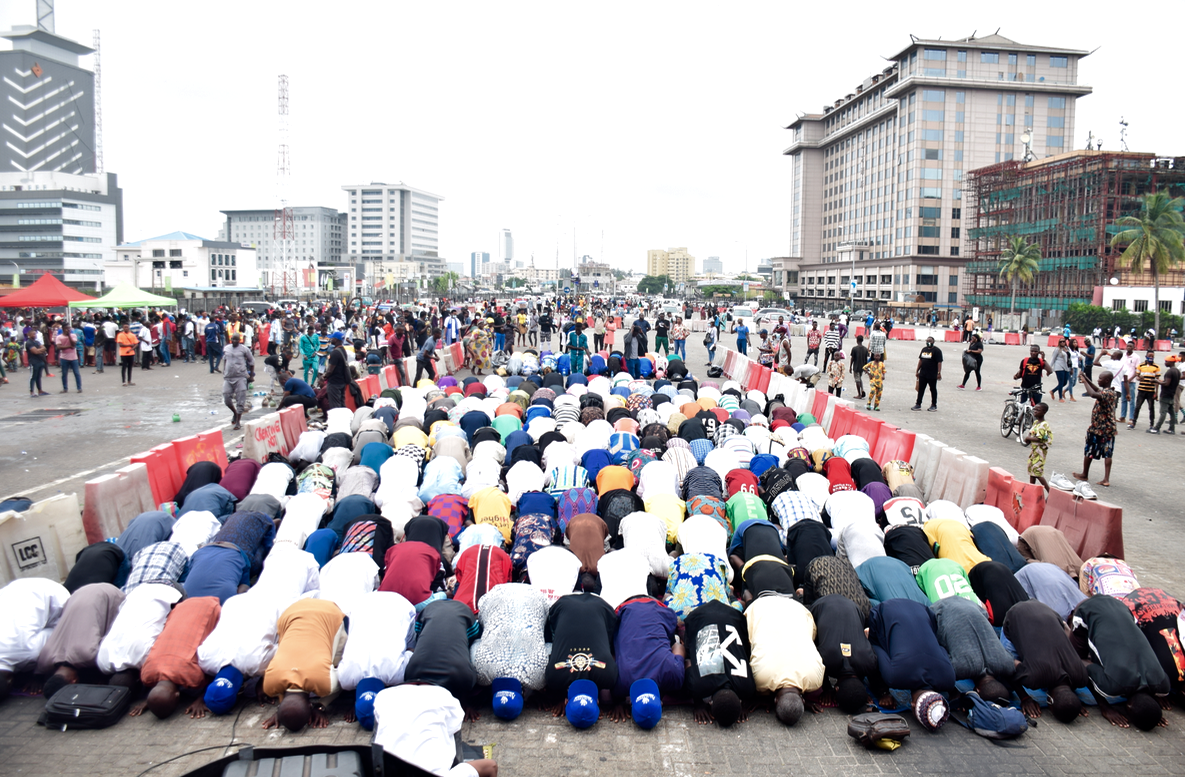 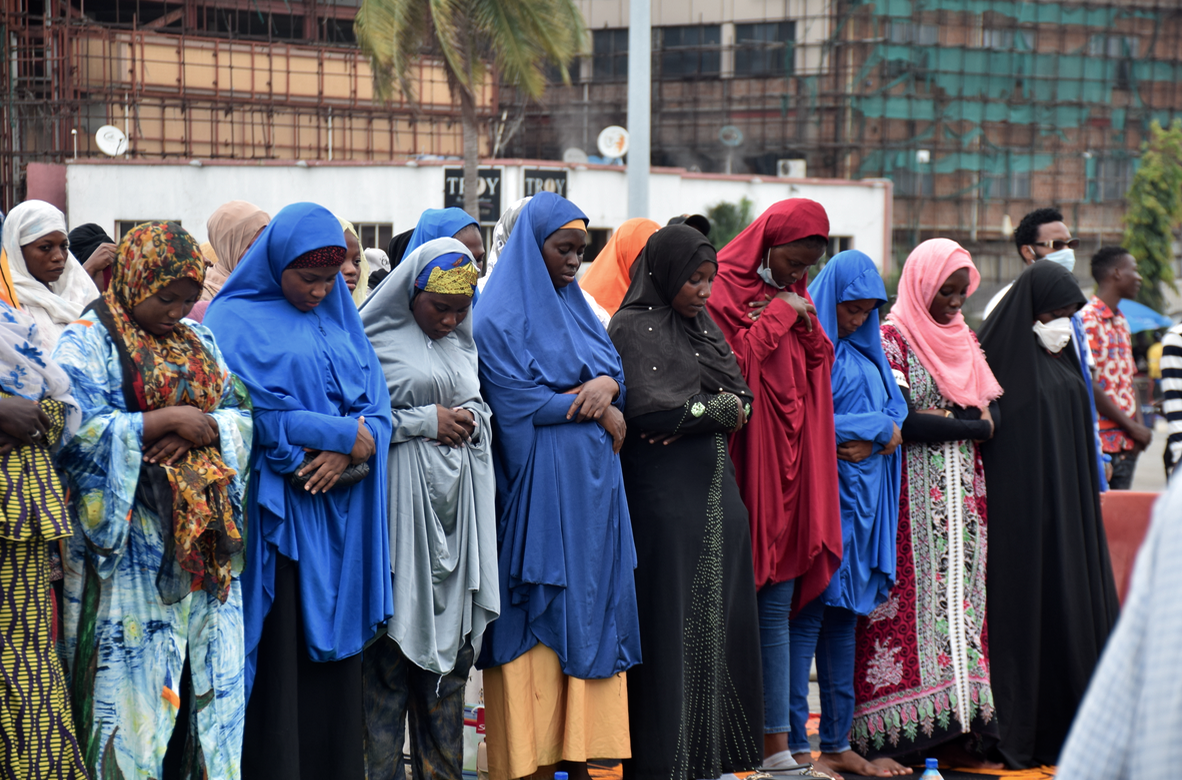 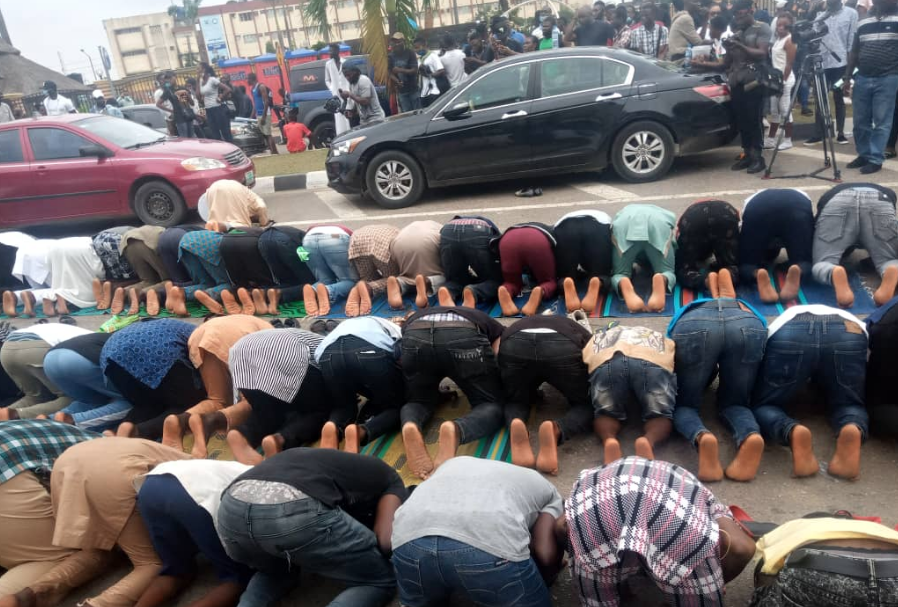 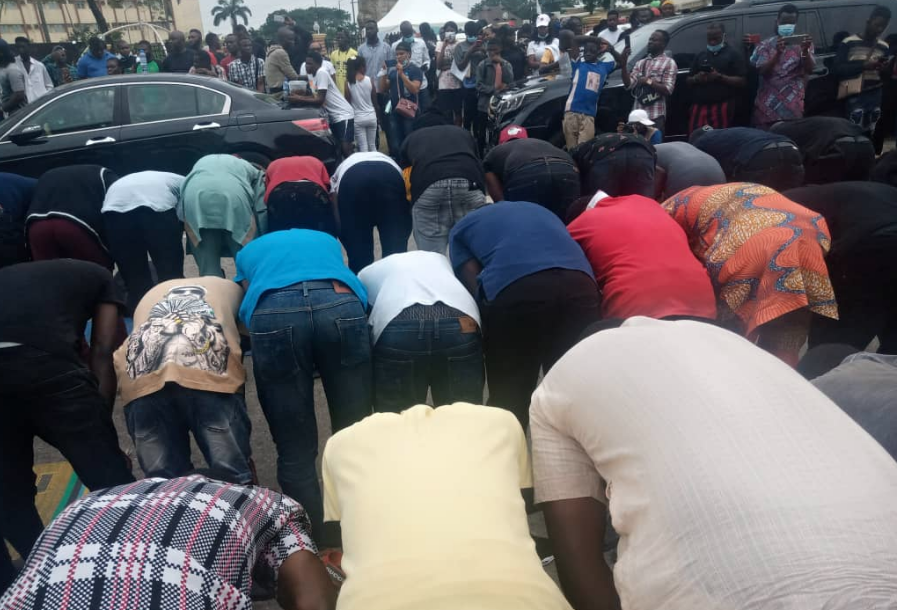