The Deputy Governor of Oyo State, Rauf Aderemi Olaniyan has joined the protest against the disbanded Special Anti-Robbery Squad, SARS.

Olaniyan joined the protest while recounting that he was a victim of police brutality.

The deputy governor disclosed that the police harassed him twice.

In a tweet, he said the time was right for a police reform.

Following the protest, the Inspector General of Police, Mohammed Adamu had dissolved SARS. 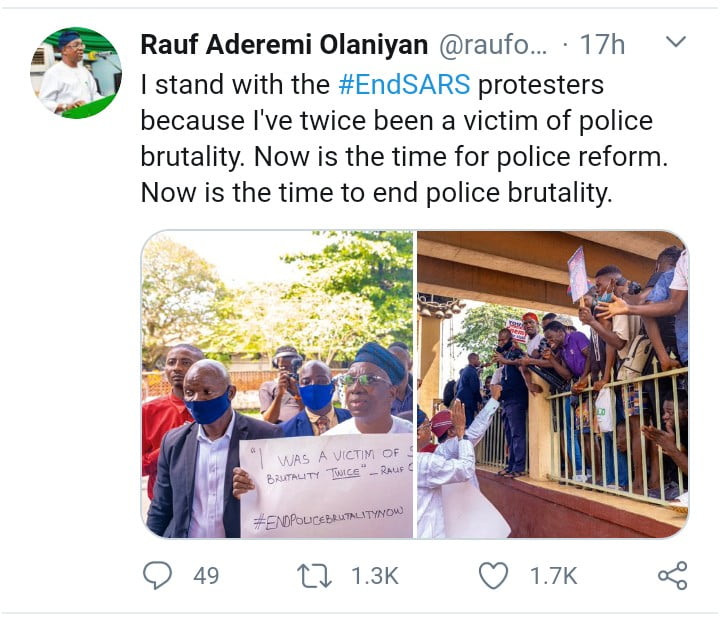 Houses, Shops on Fire as Protests Intensify in Abuja

[OPINION] EndSARS/SWAT:You Have Won the Battle, do not lose the War - Israel Ayegba Ebije

[OPINION] #EndSARS Protests: Before we lose the plot - Tony Usidamen

[OPINION] Can I still be healed? - Gabriel Agbo

#EndSARS: Join the movement if you’re not happy about your welfare – 2Face tells security agencies

[OPINION] Nigeria of the 21st Century is not a Cattle Grazing Field - Babafemi A. Badejo, Ph.D