It is mid-way through the expected four year tenure of President Muhammadu Buhari and rather than celebration, there is uncertainty and tension in the air. Buhari himself is unwell, hospitalized in England with nearly zero information available to Nigerian citizens and voters about his current state of health, ailment and whether he is improving or not!

Since the President left Nigeria on May 7, 2017, not one single word has been heard from him. The assumption most people are forced to make is that our president’s health remains less than ideal.

Political developments at home are now being shaped by the uncertainty over Buhari’s health and/or ill-health and the political implications thereof.

Whether people say so explicitly or merely act out their fears and concerns, politicians and political factions all appear to be acting based on the implicit calculation that the president may be imminently or inevitably unable to continue in office.

The circumstances before his current sojourn abroad for medical care had already raised concerns, based particularly on the attempt by some to describe Acting President Osinbajo’s role in his absence as a “coordinator” of national affairs rather than an acting president with full executive powers of the presidency.

That attempt was futile given the clear provisions of section 145 of the constitution, but it already sent alarm bells through the polity.

Then there were rumours of coups, which acquired credibility when no less than the Chief of Army Staff, General Tukur Buratai warned that certain unnamed politicians were trying to influence equally unnamed soldiers to carry out a coup.

No one, soldier or civilian has been arrested for such plot, and the British government and domestic political and geo-political groups have warned against the tragic consequences a military coup at this point in Nigeria’s development could entail.

There had been unverified rumours earlier that some persons or groups sought ways to pressure the Vice-President now Acting President to resign, reports which have been denied and apparently rebuffed by Osinbajo. Chief Bisi Akande, who can be presumed to speak for Asiwaju Bola Tinubu issued an extraordinary statement warning of any actions similar to the one taken in 1993 that led Nigeria into many years of the June 12/Abacha crises!

And now this week, we commemorate twenty-four years anniversary of the June 12 1993 elections unambiguously won by Chief M. K. O Abiola which was annulled by the military cabal of Babangida, Abacha and their colleagues leading eventually to Abiola’s death and political martyrdom.

At its root, the June 12 crisis was a struggle between regional and military hegemonists who wanted to preserve their unilateral hold on power and forces of democracy and political equality seeking a nation in which no group held a monopoly on power. In the June 12 crises, democracy and political accommodation eventually prevailed as Abacha and Abiola died, and Nigeria returned to civilian rule under Obasanjo.

Evidently given the tenor of the debates we are currentlyhaving, some people may have forgotten some of the lessons and implications of that crises.

In the uncertainty created by Buhari’s current incapacitation, various regional groups see an opportunity to advance their agendas. The Biafra agitation is reaching new levels of support, domestically and in the diaspora; some Northern youths perhaps alarmed at the massively effective stay-at-home ordered by Nnamdi Kanu’s Independent People of Biafra (IPOB) or more plausibly seizing on that situation to manufacture their own crises called the Biafra bluff and issued a shocking declaration urging Igbos to leave the North before October 1, 2017.

The reverberations of that call have been massively unsettling, and easily amount to one of the largest single threats to Nigerian unity since the civil war.

While I think many of what is ongoing is bluffing and counter-bluffing, things could rapidly assume a momentum of their own, and the situation could rapidly unravel. Many privately suspect the real target is Osinbajo, as he is put in an untenable position of being made to look as siding one side or the other.

On the other hand if the situation degenerates, it could serve as a pretext or justification for the military coup that some would appear to want, and at the very least the ongoing instability and tension may be a signal to Osinbajo to discountenance any intention to contest for the presidency in 2019.

The “body language” of the North in this case is clear. The first time Buhari went abroad on medical vacation for 59 days, the region was eerily quiet and you could feel the unease and sobriety so palpably.

Then prayer sessions for Buhari’s health and wellbeing sprung up one by one across North cities and towns and when he returned, the joy and relief was visible in passionate demonstrations and rallies in the region.

As it became clear the president’s medical challenges were not over, we have now begun to hear arguments that the presidency must return to the region in 2019, in the event that Buhari is unable to continue.

Given what we went through as a country in very similar circumstances leading up to the 2015 elections, no one can dismiss the possibility of a resurgence of insecurity and political crises, as well as an uptick in “Boko Haram” terrorism.

I believe it would be naïve to assume it was a co-incidence that Boko Haram attacks resurfaced in Maiduguri just a day before Acting President Osinbajo visited the North-Eastern capital last week!

I call on everyone to de-escalate the current drift towards the brink. Instead we must return to the discussion table and the conversation must now turn to restructuring Nigeria into a strong federation, with state or regional autonomy, devolution of powers, fiscal federalism and state policing.

Those are the minimum conditions to avert disaster.

More in this category: « Kidnapping: End of ‘Evans the Terrible’-Punch Editorial The Igbo nation: Are we truly marginalised? - Nicky Okoye » 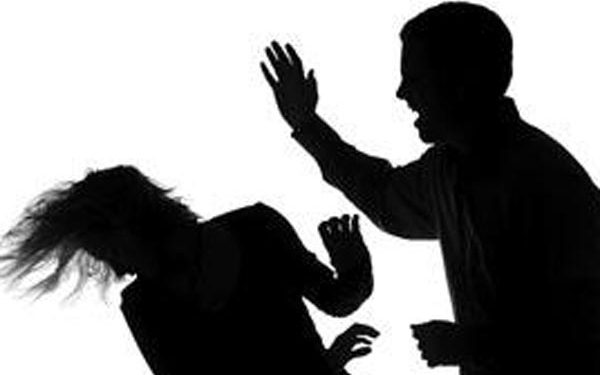 ‘My husband slapped me for asking him to wash plates'