As Nigeria marks her 60th anniversary today, Founder and Chancellor of Afe Babalola University, Ado-Ekiti, Aare Afe Babalola, contrasts the indices of development and growth in the country between 1960 and 2020 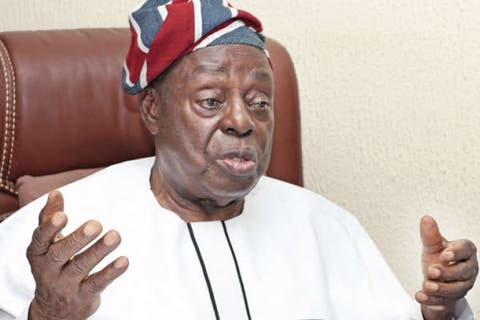 1960: Nil – Per Lord Macaulay, 2nd February, 1835 “I have travelled across the length and breadth of Africa and I have not seen one person who is a beggar, who is a thief such wealth I have seen in this country, such high moral values, people of such calibre, that I do not think we would ever conquer this country, unless we break the very backbone of this nation, which is her spiritual and cultural heritage and therefore, I propose that we replace her old and ancient education system, her culture, for if the Africans think that all that is foreign and English is good and greater than their own, they will lose their self-esteem, their native culture and they will become what we want them, a truly dominated nation”. 2020: Poorest country in the world.

1960: Everybody had enough – Per Lord Macaulay and my personal experience

2020: Prevalent particularly among the lower class According to the 2020 Global Report on Food Crises, Nigeria ranks in the list of the world’s 10 hungriest countries.

With a score of 27.9, Nigeria suffers from a level of acute hunger and undernutrition that is categorized as “serious”. Nigeria only ranks better than several conflict and war-torn countries. See European Union, https://ec.europa.eu/jrc/en/news/ food-insecurity-and-knock-effects-covid- 19-hungriest-countries (Yemen, the Democratic Republic of the Congo, Afghanistan, Venezuela, Ethiopia, South Sudan, Syrian Arab Republic, the Sudan, Nigeria and Haiti are the world’s 10 hungriest countries in the world)

1960: No unemployment – Per Lord Macaulay above and also from personal experience

2020: According to the Q22020 unemployment report published by Nigeria’s Bureau of Statistics, more than 27% of Nigerians are unemployed. One in every two Nigerians is either unemployed or underemployed. See: “Nigeria’s unemployment rate has more than tripled in the last five years—and it will only get worse” (August 14, 2020) https://qz.com/africa/1892237/ nigerias-unemployment-rate-tripled-infive- years/

2020: * Farming abandoned. * The occupation of youths is mostly politics

1960: Mainly by retired Civil Servants and Principal of Secondary Schools. They were contented and ready and willing to serve and reform the country without salary but Sitting Allowance.

1960: It existed in dictionary because governments were responsible and responsive.

On the streets, in houses, farms, offices, schools, day and night. According to the 2019 Global Terrorism Index, Nigeria is the 3rd most unsafe and terrorism-prone country in the world, ranking behind only two war- torn countries, Iraq and Afghanistan Also:

• According to the United Nations, “Nigeria is a pressure cooker of internal conflicts and generalised violence that must be addressed urgently” See “Nigeria needs urgent action to end “pressure cooker” of violence claiming thousands of lives, says UN rights expert” (UN, 3 September 2019)

• In January, 2020, the European Union Parliament moved a motion for urgent resolution of Nigeria’s high level of terrorism and insecurity, stating that “the security situation in Nigeria has significantly deteriorated over the last years, posing a serious threat to regional and international security; whereas human rights violations, violence, criminality, and mass killings are widespread and constantly reported, notably in the North- Eastern Region of the country.”

• The UK’s recent Foreign Travel Advisory on Nigeria warns that “Terrorists are very likely to try to carry out attacks in Nigeria” https://www.gov.uk/foreign-traveladvice/ nigeria/terrorism

• Terrorism is a reaction to oppression and dissatisfaction with the system.

• Kidnapping and ransoming are products of greed and quests to make quick big money, like those in government stealing and looting.

2020: * Cause of armed conflicts in many states and one of the reasons for the emergence of Boko Haram. * These armed conflicts were caused by desperate politicians who sought to appeal to extremist Muslim clerics and their followers (e.g. introduction of sharia). * After these politicians won elections they couldn’t control these groups anymore. * This paved the way for radical Islamic groups to infiltrate the country thereby fueling expansionist agenda to forcefully dominate the Christians South.

1960: Safe (Day and night) Safest in the night 2020: * Night travel is virtually abandoned and if done, it is very risky * Daytime travelling – Fear of kidnapping. * Most roads are in poor state of repairs

1960: Nigerian Naira stronger than Dollar and Pound Sterling in 1960.

We were offered N2m to assassinate Delta State politician —suspect

Buhari will speak on Lekki shooting after investigation — Minister of Youth

Our roles in #EndSARS protests – Celebs

‘No nation can defeat its people’ — Jonathan condemns attack on protesters

"You Asked For Speech, You Got The Speech Now You Are Speechless" – Shehu Sani Tells Nigerians

How Two Policemen Were Burnt Alive In Ibadan

Protests may lead to point of no return - Abdulsalami warns

My heart goes out to all victims of Lekki shootings — Osinbajo

[OPINION] The Lacunae in the President’s Speech. - Femi Falana

'What was that'? ― Nigerians react to President Buhari's speech

[OPINION] #EndSARS: The Good, the Bad, and the Ugly of the Road to Lekki Toll Gate. - Anthony Kila