The so-called ultimatum issued by some Northern youth groups to Igbos residing in Northern Nigeria to quit and return home by October 1 has generated more reactions and counter-reactions than any single recent event in Nigeria.

The episode also brought out the contradictions and hypocrisy of ethnic and regional hate groups. It proves that if persons who engage in secessionist gambits and spread inter-ethnic and inter-regional hatred are not called to order, they will plunge this country into chaos with incalculable consequences for its innocent and hard-working citizens.

It all began last Tuesday, June 6 when leaders of sixteen unknown Northern youth groups addressed a press conference and issued what they called “the Kaduna Declaration.”

Their immediate grouse was the shutting down of major towns in the South East on May 30 by the secessionist Indigenous Peoples of Biafra (IPOB) as part of its campaign for the actualisation of “Biafra Republic.”

The groups’ statement, read by Abdul-Aziz Suleiman, said “The persistence for the actualisation of Biafra by the unruly Igbo of South-Eastern Nigeria has lately assumed another alarming twist which involved the forceful lockdown of activities and denial of other people’s right to free movement in the South-East by the rebel IPOB and its overt and covert sponsors.”

They said:  “The Igbo people, without remorse for the carnage they wrought on the nation in the 1960s, are today boldly reliving those sinister intentions connoted by the Biafran agitation that led to the very first bloody insurrection in Nigeria’s history.”

Accusing Federal authorities and Northern leaders of indifference and lethargy, they said “the Igbo secessionist tendency is widening in scope and action at every stage”.

They said the North “shall take definite steps to end the partnership by pulling out of the current federal arrangement” and they also said “all Igbo currently residing in any part of Northern Nigeria are hereby served notice to relocate within three months and all northerners residing in the East are advised likewise.”

Despite its underlying frustrations, the Northern youth groups’ statement is reckless, dangerous, unauthorised and it amounts to criminal incitement with intent to plunge the country into chaos. They have no mandate from anyone to pull the North out of Nigeria.

Even though the groups themselves have no authority or capacity to expel Igbos from the North, the cruel statement itself could provide the excuse for restless criminal gangs to pounce on fellow citizens.

It is a dangerous gambit reminiscent of the 1960s and Nigeria must not go down that path again.

We salute the Northern States Governors Forum for promptly disowning the groups’ so-called ultimatum and reasserting the rule of law and constitutional rights and freedoms. Chairman of NSGF Governor Kashim Shettima, on his colleagues’ behalf, said Northern governors were in touch with security agencies and have taken measures to guarantee the rights of all Nigerians to live wherever they wish.

Kaduna State Governor Nasir El-Rufa’i went even further and ordered the arrest of leaders of the groups that issued the so-called ultimatum. He said he “will not tolerate such irresponsible statements and conduct in our state.”

Federal authorities also rose to the dangerous occasion with Minister of Interior Lt. Gen Abdurrahman Dambazau saying Igbos are free to live anywhere in the country while Police Inspector General Ibrahim Idris said the police will deal with the agitators the same way it dealt with IPOB and MASSOB miscreants.

Yet, the youths found support from Northern Elders Forum chieftain Prof Ango Abdullahi, who said it was hypocritical for the Igbo to continue to live in other parts of Nigeria while agitating for its break up.

He also expressed disappointment with Northern Governors’ stance in disowning and condemning the so-called ultimatum.

Truly, this episode brought out the double standards by similar groups of reckless ethnic and regional agitators that have over the years serially made equally inciting statements and actions. The pan-Yoruba group Afenifere for example said the so-called ultimatum “could be the beginning of the end of Nigeria.”

This, from a group that has for many years imperilled Nigeria’s peace and existence through reckless gambits of its own, including inciting the criminal O’dua Peoples Congress [OPC] to kill Northerners living in the South West.

Equally hypocritical was the stance of Ohanaeze Ndi Igbo. Its Deputy Publicity Secretary Chuks Ibegbu described the Arewa youths’ stance as treason and said, “Nothing short of the immediate arrest of the youth leaders who issued a quit notice to Ndigbo living in the North” would satisfy it.

This, from a group that has been largely silent to the dangerous agitation by IPOB to split the country. Ohanaeze’s Youth Council also declared that “Igbo cannot leave the North after spending over N44trn to develop the region.”

If indeed they seek to protect this wealth, why have they remained criminally silent to the agitation for “Biafra” whose long term consequences will surely imperil those investments?

We however salute the South East Governors Forum which issued a measured statement through its chairman, Governor David Umahi of Ebonyi State.

It thanked NSGF and others for their role in diffusing the tension and promised to protect Northerners living in the South East.

What this episode shows is that the fate of all Nigerians is intricately linked together and all agitations for separation are false and unreal when it comes down to the brass tacks.

It is therefore incumbent on South Eastern as well as all other regional leaders in Nigeria to take urgent steps to immediately bring to an end all forms of separatist agitation and to call to order all hate groups and all persons whose reckless utterances and conduct cause inter-communal tension in the country.

If that happens, then we would have gained from this dangerous gambit of the Arewa youths.

More in this category: « NIGERIA: What's God got to do with it? - Femi Fani-Kayode The challenge before Nigeria –This Day Editorial » 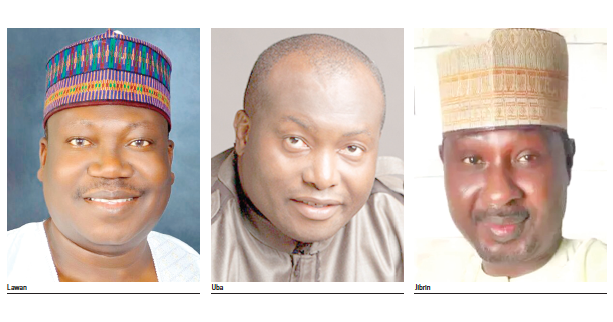