The dominant theme (apologies for those professorial sounding words) of Vice President Yemi Osinbajo’s stewardship is ‘compromise and healing’.

I put those words-compromise and healing in inverted comas because the characterisation is not original to me.

It was recently employed to capture the essence of the Barack Obama presidency. Like Osinbajo, the latter is not only a professor but a law professor and of course both of them are politicians with special appeal to the younger generation.

The paradox of Obama’s tenure is that his best efforts and noble intentions regardless, he left America a more divided society and tragically rendered it prone to the triumph of the racist baiting and demagoguery of Donald Trump.

A critical allied factor accounting for the defeat of Hilary Clinton was the backlash of the white supremacist rage provoked by the election of an African American as President-for which Clinton and the Democrats were held vicariously responsible.

This backdrop was a gold mine for a reprobate and mercenary Republican Presidential contender and the rest as the saying goes is history.

But evil will triumph so far as the world is held bemused at the unfolding spectacle of the unravelling of the Trump presidency albeit at a prohibitive cost to the American polity. The bad news is that there is a potential for the replay of a similar paradox here at home.

The Presidential rotation (conflict resolution) contrivance of swinging the Nigerian Presidency between the North and the South is fast degenerating into a political albatross for Nigeria.

It has fallen prey to the Nigerian peculiarity of rendering and abnegating intended solutions into problems; a polity bound to a recurring vicious cycle of functionality and dysfunction. How to break this vicious cycle is the central question of Nigeria’s present and future.

The fallacy of mistaking the symptom for the disease was what led to the prescription of the rotation contrivance in the first place. The prescription catered to the instant gratification syndrome of gratifying our obsession with political power at the centre rather than render the obsession unnecessary and superfluous.

This was a crucial ingredient of the federalism that was bequeathed to Nigeria in 1960. ‘The federal constitution was designed in such a manner as to minimise the attraction of the centre and thereby preclude desperation in the bid to attain power at the federal government level’.

Instructively, it was the logic at play in Ahmadu Bello’s choice to remain as Premier of the Northern region rather than become the Prime Minister of Nigeria.

The premature exit of President Umaru Yaradua before the completion of his first term in office resulted in the unintended consequence of cutting short the rotation prescribed tenure of the North.

Following the dictate of the constitution and the concomitant assumption of the office of the President by Vice President Goodluck Jonathan, the reversal of the office back to the South aborted the full flight of the rotation formula and precipitated a divisive crisis of succession. This error of omission would set the stage for the bitterness and polarisation that characterised the 2015 Presidential election.

As the health challenge of President Buhari increasingly borders on incapacitation, a similar scenario is beginning to unfold. At his latest departure for medical attention in London, the President set the ball rolling (on the enactment of the obsession with power) with a curious qualifier in his letter to the National assembly that “While I am away, the Vice President will co-ordinate the activities of the government,’’.

Yet in the relevant constitutional provision, Section 145 of the 1999 Constitution, it is not the President’s prerogative to determine who should act for him let alone dictate how the delegated power would be exercised. He is limited to informing the Senate of his intention to temporarily take leave of his duties.

That section says, “Whenever the President transmits to the President of the Senate and the Speaker of the House of Representatives a written declaration that he is proceeding on vacation or that he is otherwise unable to discharge the functions of his office, until he transmits to them a written declaration to the contrary such functions shall be discharged by the Vice-President as Acting President.”

Dr Junaid Mohammed, the otherwise vocational critic of the President, took off from where the loaded letter left. The significance of Mohammed’s intervention is that it is a reflection of a cross cutting Northern elite regional opinion (among supporters and critics alike) on a regional claim to political power with or without Buhari who is regarded as merely holding proxy for the North.

In a rather well articulated submission, Mohammed argues:

“The zoning in the Peoples Democratic Party has not worked. Now it is trending in the All Progressives Congress. It is either we fix it or ship it out altogether.

“If that is not done, then you have to go back and redress it by saying that in the course of zoning and rotation, (Umaru) Yar’Adua died in office. Those who are claiming that Yar’Adua was theirs or that he came from their region did not get the compensation that was due to them..."

“We are now having a situation whereby Buhari is sick – whether he resigns or God forbid, something else happens, “We are going to have the balance of Buhari’s years taken over by someone else from outside the zone Buhari comes from.

“But the fact of the matter is, those who see Buhari as their representative and are not being treated justly are going to claim their own rights and the only way you are going to resolve the issue is that after Buhari’s administration, you have it zoned to a certain part of the country for eight to 10 years.

"Whether this makes sense in a democracy or not is beside the point, because I don’t support zoning and rotation. “You should ask those who support it and see whether they can continue with the system.”

Within the context of the desperado tradition of Nigerian power politics and its zero sum proportions, the argument of Junaid Mohammed is quite tenable.

Given the same situation of perceived political adversity, other Nigerian politicians and political rapporteurs would mount a similar soap box. Weeks before the 2015 Presidential election and in anticipation of a fraught political aftermath, I had proffered the following counsel

You have got to have a nation first before you can fight corruption and Boko Haram. It is of little consolation getting wise after the event but it was true then as it is now that the Fourth Republic should have been predicated on a foundational national conference as proposed by the NADECO opposition consortium.

If the idea of restructuring – generating national conference – was crucial before the elections, it is certain to become of urgent imperative after the 14th of February election.

To avoid this response is to live in denial and opt for the strategy of postponing the evil day. May the good Lord give us the President who can heal the land’…

It is not derogatory to cite President Buhari as a man of war and not a healer. An echo of this observation is the consensus on his area of achievement as limited to the war on Boko Haram and corruption. And this is where he is roundly complemented by the compromise and healing character traits of the Vice President. Let us give Buhari his due.

Long before his intermittent incapacitation, he had recognised these qualities in his deputy and had charted a role for him as healer-in-chief beginning with his emissary to the Niger Delta.

The regret here is that like the Obama and America parallel, there is a huge potential for Osinbajo to end up a similar paradox-where a man of intellectual compromise and healing spawns pronounced division and altercation.

This is the realpolitik to which Junaid Mohammed has adverted our attention-which brings us back to the question of how to break the vicious cycle of Nigeria’s political poverty. The short answer to this question is to render the central government less the object of power covetousness and desperation-through devolution and decentralisation of power.

Many would argue that Buhari has gotten the potential to be a good leader but see what the system has made of him. Hitherto, would anyone have believed that Buhari can be associated with the outright mischief implied in his letter to the National assembly?

I object to the tendency lately on display in the remarks of Osinbajo and former President Olusegun Obasanjo on the proposal for Nigerian restructuring (at the event on Biafra the other day). The remarks amounted to the strategy of giving the proposal a bad name in order to hack it down.

I don’t need any Professor to lecture me on the advantage of Nigeria remaining as one big rainbow country and much less would I agree to the reduction and belittling of restructuring as tantamount to a bellyache for more food.

‘With malice to no one and charity for all’ we advocate restructuring as a rediscovery of the constitutional structure that optimally responds to the crying need for a development driven rather than a consumption driven Nigeria.

What we are harnessing in our pseudo-federalist structure are not strengths but weaknesses and the resulting Nigerian aggregate is thereby doomed to be weaker than the sum of its weak internal components.

More in this category: « Who killed Isiaka Adeleke? - Abiodun Komolafe To avert youth anger – The Nation Editorial Board » 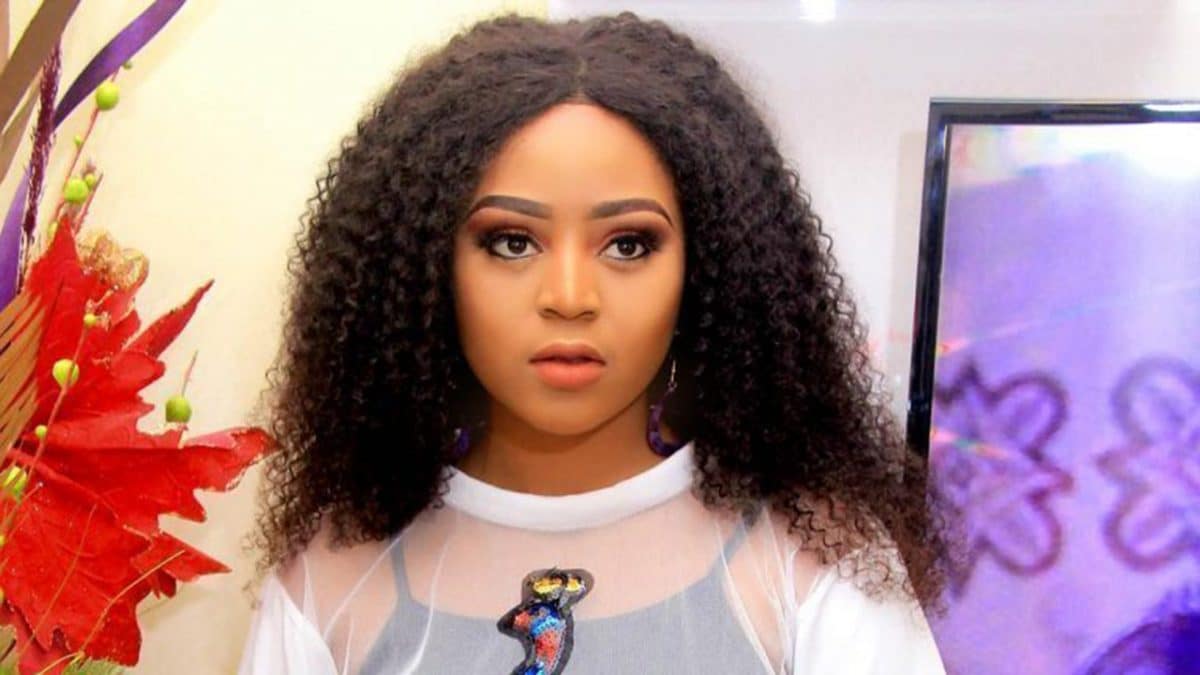 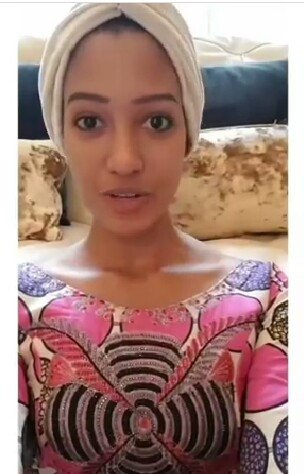