President Trump Begs For US 2020 Election To Be Postponed

Donald Trump
US President Donald Trump has taken to social media calling for a postpone of the 2020 election.
President Donald Trump of the United States has called for the postponement of the 2020 election.
He made the call on Thursday using his Twitter.
Trump expressed concern that the election would be fraudulent.
His reason was the controversial universal mail-in voting.
“With Universal Mail-In Voting (not Absentee Voting, which is good), 2020 will be the most INACCURATE & FRAUDULENT Election in history. It will be a great embarrassment to the USA. Delay the Election until people can properly, securely and safely vote???”, he tweeted.
The presidential election is scheduled for November. 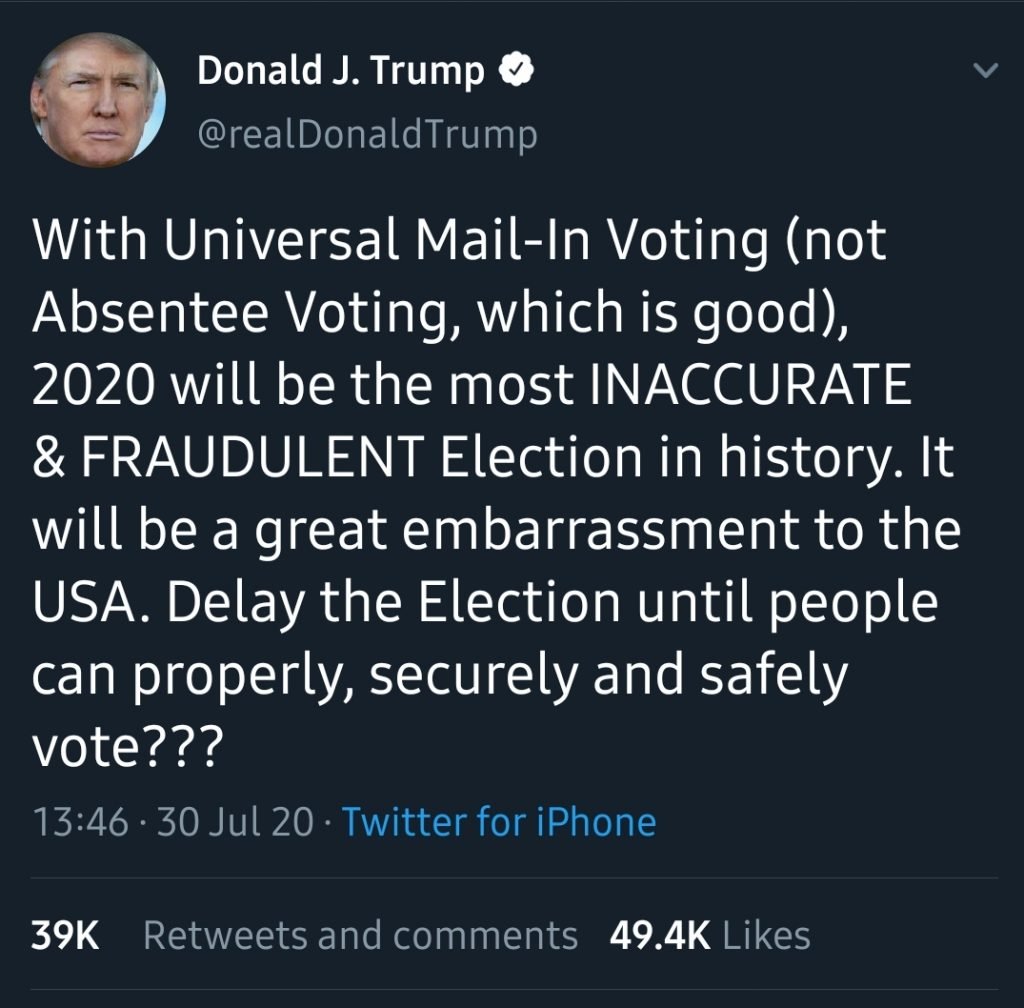 ‘Why Western Countries Refuse To Sell Weapons To Nigeria’

Man abducted as toddler 32 years ago reunited with parents

Until corrupt politicians get death sentence, voting should be abolished in Nigeria - Nollywood actress, Ruth Kadiri

‘You will be punished if you insult, President, Governors, Senators, others in Nigeria’

Transporter arrested with 375 rounds of ammunition in Niger