What is your class of degree? - Niyi Akinnaso

Nigeria revels in incongruities and contradictions. Government after government touts education as a critical factor in national development but only allocates a paltry slice of the national budget to the sector, year after year. And despite the emphasis on infrastructural development, roads, bridges, and other public structures and utilities are inadequate or in disrepair. What is more, a wide gulf remains between the nation’s oil wealth and its level of development.

One incongruity, which recently sparked an interesting debate, is the astronomical rise in the number of first class degrees awarded by Nigerian universities, which are considered to be substandard and characterised by corruption; poor management; inadequate infrastructure; poor staffing; under-equipped science and computer labs; outdated teaching facilities; and over-crowded classrooms. Even private universities, some of which boast standard facilities, suffer from academic staff shortage and low student enrolment.

Little wonder then that the proliferation of first class degrees in the nation’s universities provoked a heated debate as universities engaged in this year’s round of the ritual of convocation for the award of degrees.

It all began with Prof. Ladipo Adamolekun, NNOM, who decried the proliferation of first class degrees in a convocation lecture delivered on April 27, 2017, at the Federal University, Oye Ekiti.

Dr. Reuben Abati, rounded up the discussion so far, using the Daily Trust investigation cited above as a point of reference and elaborating on the phenomenon with personal anecdotes.

These statistics raise three serious questions. First, what is responsible for the rise in the award of first class degrees within the last five years or so? One reason is that many universities are responding to the labour market, which valorises first class and second class upper degrees for purposes of employment, having concluded that holders of lower degree classifications are no longer employable, based on the reality that the standard of education has fallen drastically.

Another reason is grade inflation, highlighted by Adamolekun and Abati. While this phenomenon appears to be a universal trend (discussed further below), the outlawing of the ordinary ‘pass’ degree by the National Universities Commission a few years ago inadvertently spurred it on.

The policy led to a new regime of grading, which began to see the “D” grade (45-49 per cent) as the new minimum pass grade for degree classification. One of the implications is unconscious grade inflation. By jacking up the Grade Point Average of the minimum pass degree from 1.0 to 1.5, it is argued, higher grades were also jacked up. While this might have been done during the first two years of the policy to take care of students caught in the middle of their training, the system of grade inflation has become normalised.

Yet, another reason is the use of high grades to cover up lecturers’ inadequacies and failures. It is argued that some Nigerian lecturers hardly read students’ exam scripts but impressionistically or even arbitrarily award grades, while some exchange high grades for named rewards, including money and sex.

However, population cannot explain the recent increase in the number of first class degrees awarded by private universities, where admission hardly hits the 25 per cent mark of approved quota. This leads to yet another reason, namely, the students’ increased access to information, especially through social media.

All that is needed is a mobile phone and some data plan. Many smart students have taken full advantage of online resources to boost their grades, especially on take-home assignments.

This is especially true of children of the elite, who populate private universities. Many of them are products of private secondary schools, who normally do quite well in WAEC, NECO, and UTME exams. Besides, a number of private universities have much better facilities and smaller class sizes than public universities, which may impact positively on the production of first class graduates.

According to Vikram Mansharamani on PBS Newshour on June 22, 2016, “A recent study revealed that 42 per cent of four-year college grades are As, and 77 per cent are either As or Bs … At Yale, where I have been both a student and an instructor, the average GPA has risen considerably over the past 50 years … 62 per cent of grades were in the A range in the Spring of 2012. That figure was only 10 per cent in 1963”.

The underlying reason for grade inflation in the United States and Nigeria are similar: Lecturers in both countries tend to inflate grades in exchange for some reward. The Nigerian lecturer may expect material or sexual gratification from boosted grades or use the practice to cover up some inadequacies, while the American lecturer may boost grades in exchange for better course reviews by their students.

Those who argue against grade inflation, by suggesting that the students have become much smarter, are often reminded that standardised test scores (UTME in Nigeria, SAT in the US, and GCE in Britain) and graduate literacy have hardly improved as grades have risen in the universities.

That is why some Nigerian employers, who rely on the class of degree for their recruitment may be disappointed. To avoid this problem, American employers rely more on the reputation of the graduate’s university than on degree classification.

These are elite universities, which are believed to recruit the best students and the best teachers and provide state-of-the-art facilities for teaching, learning and research.

Besides, a symbiotic relationship exists between these elite institutions and various employers of labour through research and community outreach, which makes corporations, law firms and financial institutions look forward to recruiting their graduates. Moreover, graduates of these institutions are also often the decision-makers in the labour market.

More in this category: « My trip to Vegas, the city of allure, sin and gambling - Folu Olamiti High time for new political parties -Oseghale Erahodu » 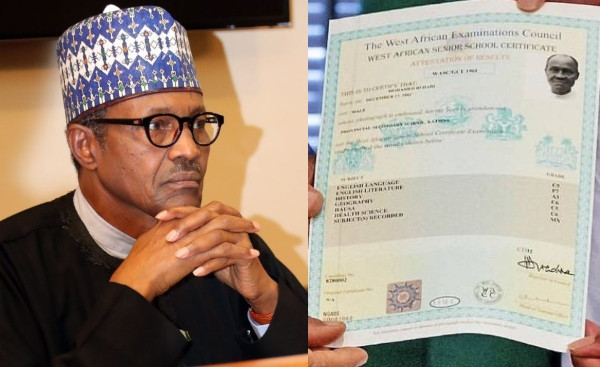