Amid the Coronavirus pandemic hat has killed over 95,000 people in the US, Trump on Friday said he is designating all places of worship – including churches, synagogues and mosques – "essential," saying he wants them to "open right now."

Reacting to the move by state governors of keeping "liquor stores and abortion centres" open during during the lockdown while keeping places of worship shuttered, Trump said in the White House briefing room.

"If there's any question, they're going to have to call me, but they're not going to be successful in that call," Trump said of state leaders.

"The governors need to do the right thing and allow these very important essential places of faith to open right now, for this weekend,"

"If they don't do it, I will override the governors."

"It's not right," ''This move is aimed at correcting this injustice."

"If there's any question, they're going to have to call me, But they are not going to be successful in that call."

"In America, we need more prayer," "Not less." Mr Trump said before leaving the briefing room.

Trump appeared in the briefing room to read a short statement announcing he has approved guidelines from the Centers for Disease Control and Prevention to help state and local leaders safely allow worship facilities to open back up. 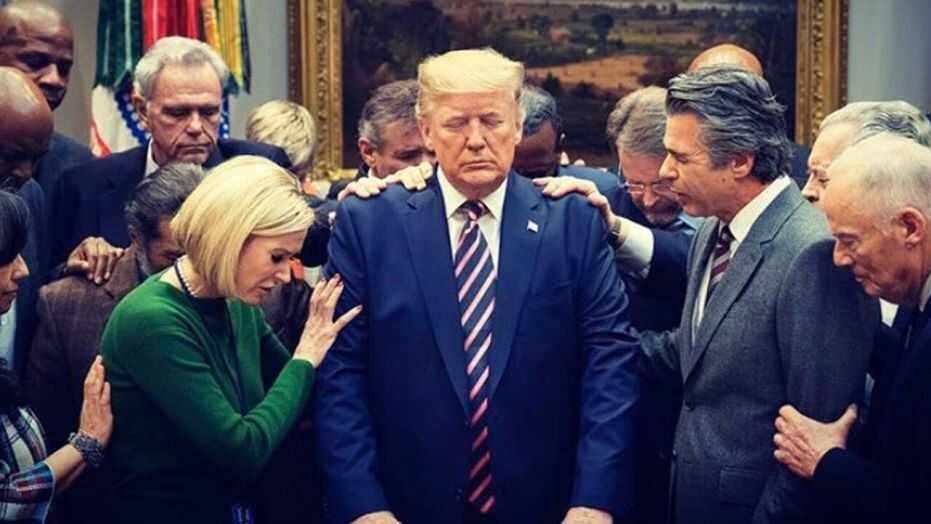 Earlier on Friday Trump spoke more on the subject.

"I consider them essential, and that's one of the things we're saying. We're going to make that essential," Mr Trump said. "You know, they have places [deemed] essential that aren't essential. And they open, and yet the churches aren't allowed to open, and the synagogues. And again, places of faith, mosques, places of faith."

A large chunk of Mr Trump's political base is very religious. In the 2016 election, Trump notably took 75 per cent of the white evangelical vote and has invited pastors and preachers during his tenure to lead prayer sessions at the White House.

I was disvirgined by a prostitute - Sammie

Hushpuppi to be sentenced in October –US court

[OPINION] Democracy is not just a game of numbers - Tonnie Iredia

Nobody can disqualify APC’s presidential candidate in 2023 - Omo-Agege

[OPINION] In 2003, south-east voted for Obasanjo against Ojukwu – why? - Fredrick Nwabufo

Finding Out About Your Death Was The Worst News Imaginable — Wife Of Usifo Ataga, Super TV CEO Mourns At...

BBNaija2021: My Mother Had Me At 16 - Angel Makes Stunning Revelation

Britain To Assist Nigeria In Fight Against Terrorism – Johnson

2023: Kalu urges INEC to conduct all polls in one day