Four hundred people were killed by meningitis in our country in the last few days.

Two more people were killed by another set of Fulani herdsmen in Kwande, Benue state two days ago.

Worse still suicide amongst Nigerian professionals (including bankers, lawyers and doctors) and members of the middle class as a consequence of the harsh and intoleralble economic conditions that they are facing has reached alarming and epidemic proportions.

Sorrow, carnage, tragedy and affliction have struck our nation in the last few days and weeks yet we have not heard ONE word about any of them from our ailing President.

Not only is this unacceptable but it is also shameful even by his standards. Instead of comforting our people he appears to be more concerned with attempting to silence all credible opposition, destroying the PDP, cowing the media, weakening the south, decimating the Middle Belt, humiliating the Igbo, intimidating the Christians, exterminating Shiite Muslims and undermining the power and authority of both the Judiciary and the National Assembly.

This is particularly the case with the Nigerian Senate whom the President and his men evidently have nothing but disdain and contempt for.

Things are so bad that some around the President are even openly calling for the scrapping of the entire Senate! All because they cannot pocket, cage or control Senate President Bukola Saraki and Senate Deputy President Ike Ekweremadu.

Clearly in Buhari's world, the concept of separation of powers, the rule of law, respect for court orders, the imperatives of tolerance, religious plurality, the accomodation of dissent, the protection of civil liberties and the freedom of speech simply do not exist.

To him all dissent, all contrary views and all opposition must be utterly crushed and he will use any sadistic and hungry little monkey that he can find or any desperate and ageing neanderthal clown that is willing to make himself available to achieve that sinister and nefarious objective. Professor Itse Sagay SAN are you there?

Quite apart from that let us consider the sorry plight of Buhari's own core north. Affliction seems to be stalking the region and frankly this has been the case over the years and indeed from day one.

Then came child marriage and paedophilia.

Then came Boko Haram. Then came the Fulani herdsmen. Then came lassa fever. Then came meningitis. The list goes on and on.

To compound the problem, and to add to the appauling situation, comes the manifestation of crass ignorance. For example, as his own peculuar contribution to the quest for a solution to the problem, Abdul Aziz Abubakar Yari, the Governor of the core northern Zamfara state, said "type C meningitis is God's punishment for our many sins".

He said, "God took away the type A one which has a cure and gave us type C which has no cure because of our sins".

He concluded by saying: "How can you expect such things not to happen when we indulge in adultery and other sins?".

This is surely one of the best examples of a 6th century explanation for a 21st century problem that I have ever heard.

Such words and such a display of ineptitude and insensitivity coming from the leader of one of the most important northern states is shameful and unacceptable.

No vaccines have been provided by the State or Federal Government to prevent or arrest the scourge and neither has any care been provided for the afflicted and this is the best and only contribution that the Governor of one of the worst hit states can make?

Worse still, the only thing that Buhari's struggling Minister of Health has said is that the Federal Government needs to borrow one billlion USD to stop the spread of meningitis. Clearly we are in serious trouble.

They also need as much love and counselling as they can get.

Yet the truth is that the anger and resentment against them all over the country is steadily building and something must be done to assuage the fears and concerns of the people of the Middle Belt and the south.

The predominant view is that we must restructure our country and, failing that, we must exercise our right of self-determination and redefine it.

Gone are the days when we dare not speak out openly about our desire to, if necessary, peacefully redefine Nigeria, break her into two or more pieces and separate ourselves from the core north

This is because we are simply fed up with the sheer barbarity and cruelty of powerful and well-armed ethnic militias like the Fulani herdsmen, terrorist organisations like Boko Haram, aggressive, violent, intemperate and intolerant land-grabbing settlers like the Hausa Fulani communities dotted all over the Middle Belt and the south and the excesses and genocidal tendencies of our northern-led security agencies and Armed Forces.

The Hausa Fulani settlers slaughtered 30 sons and daughters of Ile-Ife in Osun state three weeks ago and they have been doing that sort of thing in Jos, Plateau state and elsewhere for many years.

Anambra, where, according to the women of that state, mass rape was deployed as a weapon of war by the Fulani herdsmen, was particularly bad.

To make matters worse our core-northern Muslim-led security agencies have murdered hundreds of Christian Igbo youths in the eastern region over the last two years.

In addition to that our core northern Sunni Muslim-led Armed forces butchered 1000 Shiite Muslims in Zaria two years ago.

All these atrocities have taken place yet up until today not ONE person has been arrested, brought to justice or convicted for these merciless, wicked, senseless and barbaric acts of terror.

How can one ratoinalise or explain that?

The truth is that the Buhari administration has no interest in putting a stop to this madness simply because the perpetrators are, like our President, Hausa Fulani.

In my view, our government values the blood of the Hausa Fulani more than others and to them no-one else really matters.

To add to that the Buhari regime is evil, weak, incompetent, sectional, bloodthirsty, genocidal, wicked, divisive, mendacious, narcisstic and bereft of any integrity or intellectual pretentions.

This is a government whose sole intention is to turn non-Hausa Fulani Nigerians into second class citizens and slaves.

They protect the genocidal maniacs, the killers and the aggressors and they persecute, torment, incarcerate and traumatise the victims of aggression.

Whether it be Agatu, Ile-Ife, Southern Kaduna, Enugu, Abia, Jos or anywhere else the story is the same: the victims are locked up and the murderous barbarians and savages that killed them are rewarded.

Like satan himself the Buhari administration have come to do nothing but to kill, steal and destroy. Under their watch more Shiite Muslims and Christians have been butchered than at any other time in our entire history outside the civil war.

Is there any other nation on earth that such evil will be visited upon its people by its own government and such a group of rampaging beasts that those people will not agitate to leave?

Must we put up with this evil and vampire-like Buhari government with its ethnic and religious agenda forever?

Must we stay with those that hate us and see us as being worth far less than their cows?

Is it not time to say enough is enough and that, whether they like it or not, we are leaving? We do not want and neither do we advocate for violence and we do not want reprisal killings or acts of vengeance in any shape or form.

This is  because we are men and women of peace and we are responsible law-abiding citizens.

What we want is our liberty and the right to live in a country where our values and faith are respected and where we are free from religious and ethnic marginalisation, persecution and domination. Is that too much to ask for?

These are hard questions that need to be answered. And whether anyone likes it or not, at the end of the day, the Nigerian people shall answer them.

More in this category: « The story of Dino of ABU -Azu Ishiekwene The shame of a diminished senate - Louis Odion » 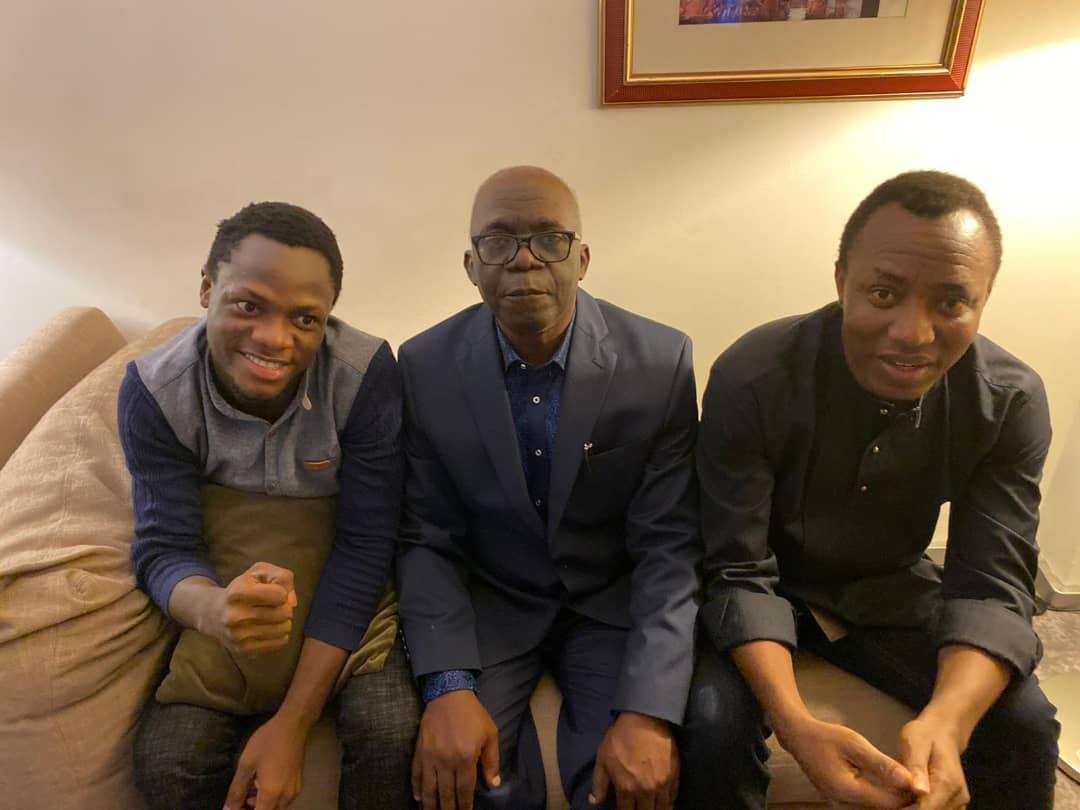